The GOP really is Donald Trump's party: Republicans bet all their money on White America and now we're paying the price

The only way to win national elections solely with white support is to get rid of everyone else. Sound familiar? 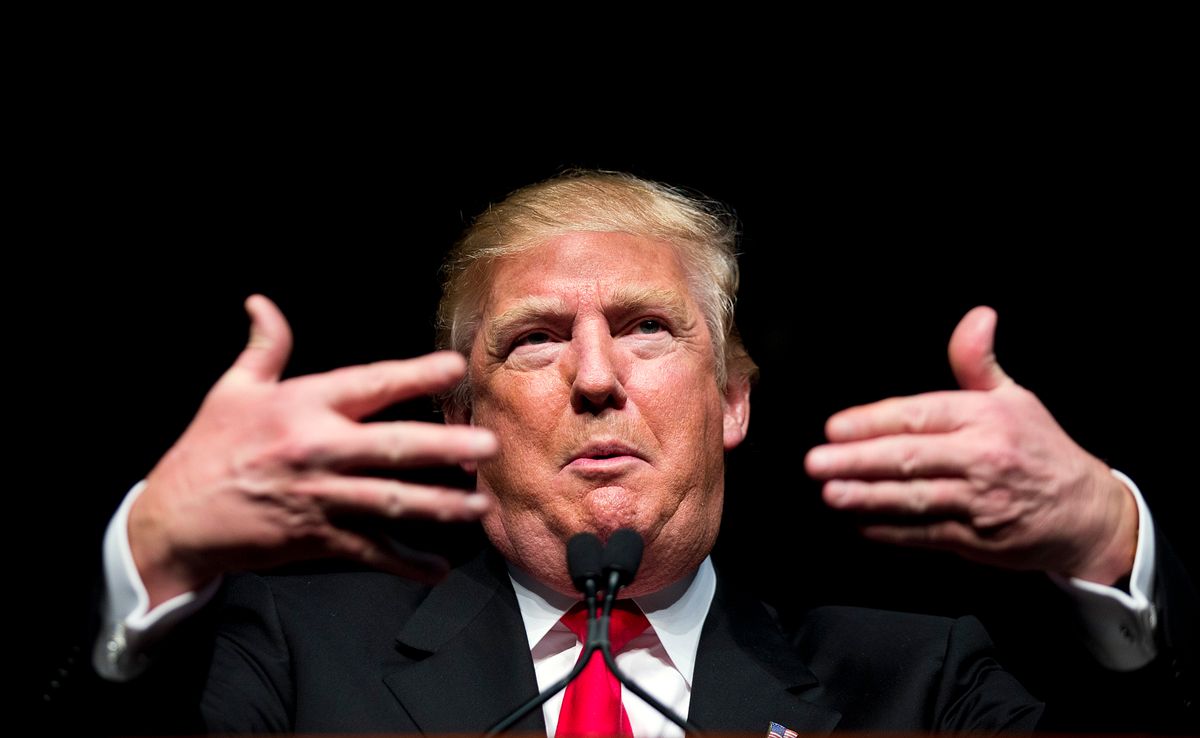 It must strike many average Americans as odd that the Republicans are so vehement about immigration right now, since undocumented labor is actually dramatically down from former years. Of course there have always been nativist impulses in America that wax and wane in intensity. And certainly the undercurrent of conservative unrest over Latino workers has been growing for some time as undocumented laborers migrated to areas within the U.S. to which they had not traditionally traveled.

Just as the African American communities have traditionally been harassed and intimidated at the ballot box through various schemes to prevent them from voting, there have also been concerted efforts at vote suppression where Latinos live. Even the former chief justice of the United States, William Rehnquist, was involved in a Republican project back in the 1960s called Operation Eagle Eye, intended to suppress the vote in Arizona.  This hostility toward immigrants from south of the border is an old story in American life.

But there is a new twist on this old tale today.  Everyone knows that the Hispanic population is the fastest growing ethnic minority in the country. And despite the GOP establishment's desperate need to make its base more welcoming to this constituency in order to win elections, the opposite is happening. Their base is intractably hostile and are now being encouraged to an even more passionate loathing by the Republican presidential candidates, led by Donald Trump.

There is an idea that some in the party have adopted called the "missing white voter" theory, promulgated by Sean Trende of Real Clear Politics. In a nutshell, he claims that a falloff in projected white voters between 2008 and 2012 argues that a number of them dropped out of the voting pool and if they can be coerced to come back Republicans will not need ethnic minorities to win. (Apparently, the fact that they are an all-white party doesn't bother them in the least.)

Think Progress explained why most political scientists think this is bunk. There are a number of factors, including the fact that 2012 was a low turnout election, but this is the most important:

In 2012, turnout declined by 3.4 percentage points according to Michael McDonald’s US Elections Project. Plugging in his figures on votes cast and using Census data on eligible voters plus exit poll data on shares of votes by race, we calculate that turnout went down by about equal amounts among white and minority voters (3.4 and 3.2 percentage points, respectively)... He adds back in all the missing white voters to the 2012 electorate while leaving out all the missing minority voters

Some GOP strategists have convinced themselves that they can entice these missing white voters to turn out. But for it to work, they need to ensure that minority voters stay home, hence all these vote suppression tactics like Voter ID, repealing early voting and creating long lines and inconveniences at polling places in minority precincts. If the "missing" racial and ethnic minorities return in the same number as "missing" whites, Republicans lose.

But even if they were able to boost the white vote and suppress the black and brown vote in 2016, they are not going to be able to hold back the tide. This is one reason they are so terrified of Comprehensive Immigration Reform and a pathway to citizenship for millions of undocumented workers. After the horrible way they've treated Hispanics, they know that it will be a cold day in hell before they will get their votes.

In fact, anti-immigrant zealots such as Ann Coulter believe that legal immigration has polluted the country for the last 50 years resulting in Democrats winning elections at the expense of Real Americans:

Republicans should be sweeping the country, but they aren't, because of Kennedy's immigration law. Without post-1965 immigrants bloc-voting for the Democrats, Obama never would have been elected president, and Romney would have won a bigger landslide against him in 2012 than Reagan did against Carter in 1980. This isn't a guess; it's a provable fact. Obama beat Romney by less than 5 million votes in a presidential election in which about 125 million votes were cast. More than 30 million of Obama's votes came from people who arrived under Teddy Kennedy's immigration law; fewer than 10 million of Romney's did.

Rush Limbaugh explained that "amnesty" is designed to raise that number:

"They craft ways to overcome their defeats outside the electoral process. Amnesty, increased legal immigration is one of those techniques. The Democrat plan is to change the demographics of the voters in these states that are run by Republicans. That's how they're doing it."

Considering that attitude one can only imagine the full blown freak-out that's coming over the Obama Justice department joining voting rights groups yesterday in their request that U.S. District Court Judge Richard Leon grant a preliminary injunction preventing Kansas, Alabama and Georgia from using motor voter forms that require proof of citizenship, a requirement which is not part of the law.

Voting rights groups have long opposed such proof-of-citizenship requirements, arguing that many Americans don't have the needed documents and that insisting on such proof will disenfranchise poor, minority and elderly voters. The Obama Administration clearly agrees and is therefore offering the unusual endorsement of a court order that would tie the hands of federal officials.

These laws requiring proof of citizenship have already been before the Supreme Court which ruled in 2013 that the states could seek approval for such changes from the Election Assistance Commission. And the courts also subsequently decided that the Election Assistance Commission has no obligation to add these provisions to the federal form. The rub here is that the Commission approved the three states' changes and now the DOJ voting rights groups are asking a judge to intervene to stop them.

The notorious anti-immigrant zealot Kansas Secretary of State Kris Kobach has filed a motion to defend his state's position. The stakes in this are quite high for upcoming primary elections. Georgia's primary is March 1st, Kansas is March 6th.

Meanwhile, as we know, the frontrunner for the Republican nomination has proposed to round up and deport upwards of 12 million people including their American children. He wants to end birthright citizenship and has preposterously promised to build a wall across a 2,000 mile border. When he first announced this ludicrous plan, his rivals all rejected it for obvious reasons: This insanely expensive, un-American and downright immoral scheme would be a forced migration of world historical proportions.

Unfortunately, Donald Trump's malignant influence has infected the party and these ideas are now mainstream. Last month, when asked about the deportation scheme, Ted Cruz said,

“No, I don't intend to send jackboots to knock on your door and every door in America. That's not how we enforce the law for any crime. We don't have any system that knocks on the doors of every person in America. We also don't have people going door-to-door looking for murderers. We don't live in a police state. We do have law enforcement."

That's a strong statement of principle. But it's no longer operative. Ted Cruz is now onboard with the round-up and deportation and he's even going a step further ... and  bringing Trump with him. Last  night he appeared on Fox and Bill O'Reilly asked him about it:

“Would you look for them, though?” O’Reilly asked.

“Bill, of course you would,” Cruz said. “That’s what ICE exists for. We have law enforcement who looks for people who are violating the law and deports them.”

Cruz also took a shot at Donald Trump, who is leading him in Nevada, which votes on Tuesday, and in most states voting on Super Tuesday next week.

“Donald said once he deports them, he’ll let them back in as citizens,” Cruz said. “I will not.”

Trump , who has always said that once everyone is deported they would be evaluated for re-entry tweeted that Cruz is a liar and intimated that he's crazy. But don't be surprised to hear him start saying these deportees will never be allowed back into the country. There's no way he'll ever let Cruz get to the right of him on immigration. It's the central argument of his campaign.

The bottom line is that there is no evidence of systematic voter fraud in this country, least of all by non-citizens, so all of this activity to prevent it is based upon paranoia and cynicism. And sadly,  it is now an article of faith on the right that immigration reform and a path to citizenship for undocumented workers is nothing more than a conspiracy to create more Democrats. The problem with their logic is that we have a secret ballot and nobody can force new citizens to vote for a particular party. But when these new citizens are treated like dirt by one party and welcomed by the other, the result is entirely predictable. Perhaps if Republicans stopped trying so hard to prevent people from voting and spent a little more time trying to persuade them to vote for them, they'd have more success.