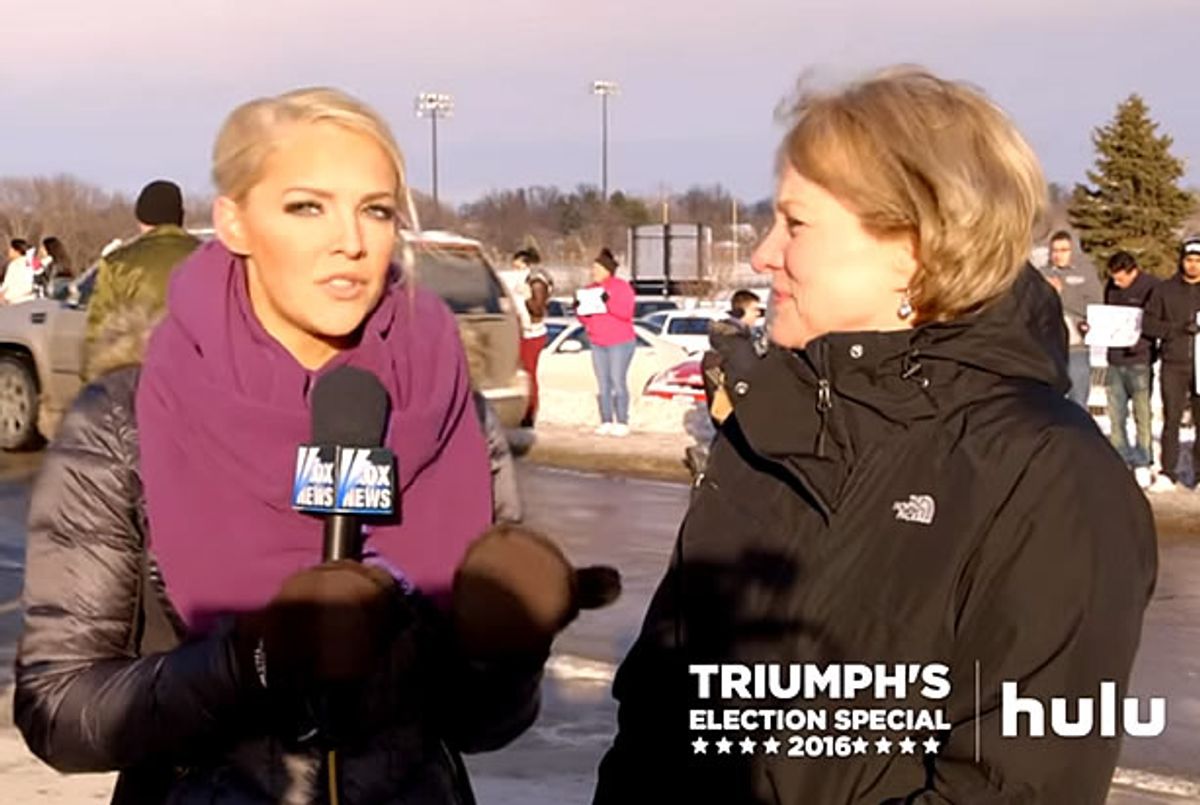 On last week's episode of the Hulu series based on Conan O'Brien's bit "Triumph the Insult Comic Dog," the titular canine sent out a group of fake "blonde Fox News robots" to talk to crowds gathered outside of rallies for GOP candidates.

Not surprisingly, no matter what the fake reporters said, the supporters of Trump were more than happy to go along with it. "Donald Trump announced plans to sterilize Puerto Ricans, until quote 'until we figure this thing out,'" one reporter told a Trump partisan. "What do you think of this statement?"

"I don't know," one camouflage-bedecked Trumpeter replied, "I think he's just saying what everyone else believes."

Yet another tried to convince the fake reporter that "he's not saying it meanly, he's just trying to get people to understand the consequences they may be facing."