Beyond condoms: 4 more ways to cut the risk of catching an STD

Condoms are fine for most people, but if you want to really minimize your risk, here are a few steps to consider 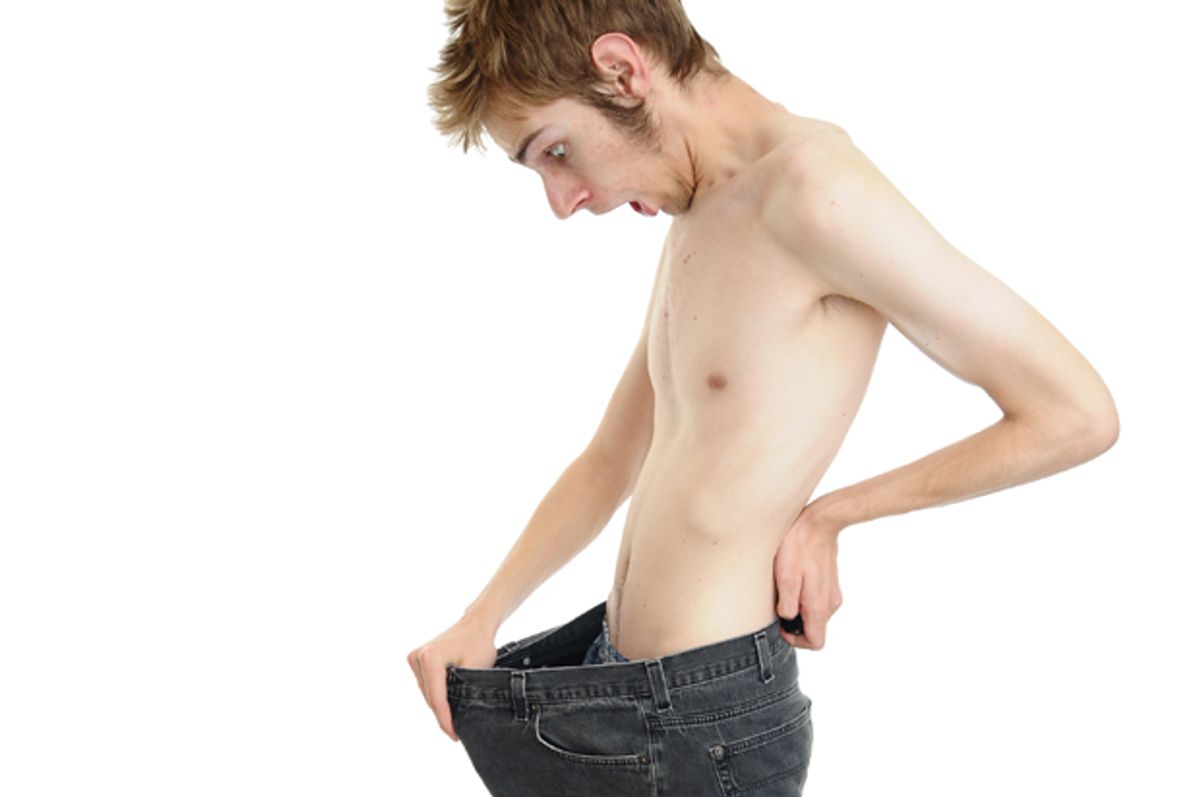 Americans are really scared of catching sexual transmitted diseases. If you don’t believe me, just check out the Scrotoguard, a latex panty for men designed to cover all the bases a condom doesn’t reach. Fortunately, most people run in mellower circles. For them, the condom seems to suffice. And as the Condom Facts campaign reminds us, "Condoms provide the best protection against STDs and HIV. Every time." Still, whenever the subject comes up, people tend to ask, what more can I do? How can I keep clean, and stay clean? Nobody, it seems, wants the stigma of getting a big bad STD.

Roger V. Short, a reproductive biologist at Australia's University of Melbourne, might have some answers. Beyond condoms, a set of measures exists that might help arm us in the fight against STDs.

Taking a shower after sex is pretty common. For a lot of people, it’s a sign of good personal hygiene. In the past, bathing was actually thought to be an effective way to protect against STDs. A social hygiene poster from 1940 instructs soldiers to guard against infection by washing with “plenty of soap and water.” The method is actually said to have helped prevent chancroid. But it’s not a piece of advice you’re likely to hear from medical professionals today, and evidence seems to suggest that ordinary soap might not do the trick.

As most of us already know, a circumcised penis is one that has had the skin covering the tip removed, whereas uncircumcised men have the foreskin intact. The inner surface of a man’s foreskin contains something called Langerhans cells (also found in the vagina). Experts believe this area to be especially vulnerable to certain sexually transmitted infections like the human immunodeficiency virus, or HIV. Of the men who contract HIV through sexual intercourse, the foreskin is the primary point of entry.

So if we’re looking to protect uncircumcised men from undue exposure to certain sexually transmitted infections, it makes sense to start with the foreskin. What can we medicate the area with to effectively prevent against infection after sex? The answer, it turns out, comes in the form of microbicides.

Microbicides, as defined by the World Health Organization, are gels, films or suppositories that can kill or neutralize viruses and bacteria. Often, they’re applied inside the vagina or rectum. In some cases, the use of microbicides has proved effective in protecting against certain infections, like HPV. Short suggests that even your garden-variety soap might do the trick. Most advocates recommend using them in conjunction with condom use.

Short suggests we expand the use of microbicides to the penis. As he writes in one article, “Post-coital penile hygiene, wiping the penis, and in particular the inner aspect of the foreskin, with a potent microbicide within minutes of penile withdrawal from the vagina (or rectum) may significantly reduce a man's chances of becoming infected.” He added, "Male post-coital hygiene is a seriously neglected area of research."

So yes, washing your just-withdrawn penis with a potent microbicide could be somewhat helpful in stopping spread of STDs. But you probably shouldn't rely on this technique alone to stay safe.

2. Take the Pill, or its ingredients … vaginally.

The Pill is pretty much considered synonymous with oral contraceptive for women. But the mouth isn’t the only way to take medication. Roger Short suggests we take a look at the vagina as a potential pathway.

Here’s his logic: Keratin works as a defensive protein in the skin. Estrogen (a hormone found in birth control pills) can increase our keratin layers by up to four times, maybe more. Short believes that by introducing that extra boost of estrogen directly into the vagina (the primary route of HIV infection in women), we stand a much better chance at blocking the virus from entering the body.

He’s not the first one to notice the powerful effect estrogen has on the body and its defenses. One report suggests, "Estrogen-deficient women are at increased risk of HIV infection, because their vaginal microenvironments are rendered more susceptible.” According to one study, postmenopausal women, who have experienced a significant drop in estrogen levels, are 4-8 times more likely to be infected with HIV than premenopausal women.

If Short’s theory holds up, topical estrogen treatments could provide a dual benefit. “Vaginal pills could protect women against both pregnancy and HIV infection,” he writes.

And it could work on men, too. Short told the Psychiatric Times that applying estrogen to the penis essentially creates a “living condom” that can shield men from HIV and other viruses.

Amesh A. Adalja, an infectious disease specialist, cautions that this treatment is an ongoing process. “Estrogen applied topically is something that has been shown in animal models to diminish HIV acquisition but this is not a one-time application post-sex — in trials it was daily application,” he wrote AlterNet in an email.

Circumcision isn't just a religious ritual; many doctors say it serves a medical purpose. As it turns out, males who have undergone the procedure tend to have a lot less bacteria in and around their penis. And that becomes significant in the battle against STDs for a number of reasons. According to an article published by Time, a “high burden” of bacteria could disrupt the ability of specialized immune cells to activate immune defenses.

It’s been reported that circumcision can help prevent the risk of HIV by up to 60% (though this figure only holds true in the context of vaginal sex). The procedure has also been associated with a decrease in the rate of HPV infection (Human papillomavirus, the virus that causes genital warts and increased risk of certain cancers), as well as genital herpes.

Of course, the decision to get circumcised is a personal one (and usually made by one's parents). Some fear the effects it will have on penile sensation and sexual function, not to mention the concerns over getting a botched job. When the U.S. Centers for Disease Control and Prevention released a set of guidelines on circumcision two years ago, it avoided an outright call for the procedures, but asserted, “The scientific evidence is clear that the benefits outweigh the risks.”

In an interview with National Geographic, Short explained that lime and lemon juice has been used as contraceptive in the Mediterranean for almost 300 years. Today, he’d like to see their use expanded in the way of STD prevention

In his 2006 paper, Short explains that the citric acid content found in lemon juice produces very low levels of pH. Turns out, HIV is extremely susceptible to low pH, which got Short and his team wondering, “Might this age-old contraceptive be a new natural microbicide?”

Short asserts that in his lab, the juices have been effective in killing the HIV virus.

But some in the field are worried about the effects this kind of treatment will have on patients; specifically women. Some experts have even found an association between lemon and lime juice douching and cervical dysplasias (abnormal changes in the cell wall), which puts one at increased risk for cervical cancer.

Adalja told us, “Lime juice loses its activity in the presence of semen and high concentrations applied intravaginally can be toxic.” Such damage leaves one vulnerable to infections and abrasions, which would actually increase one’s chance of becoming infected with a sexually transmitted disease.