Sadly, Beck's tears weren't caught on camera but he did lash out & compare Trump voters to Hitler's Brownshirts 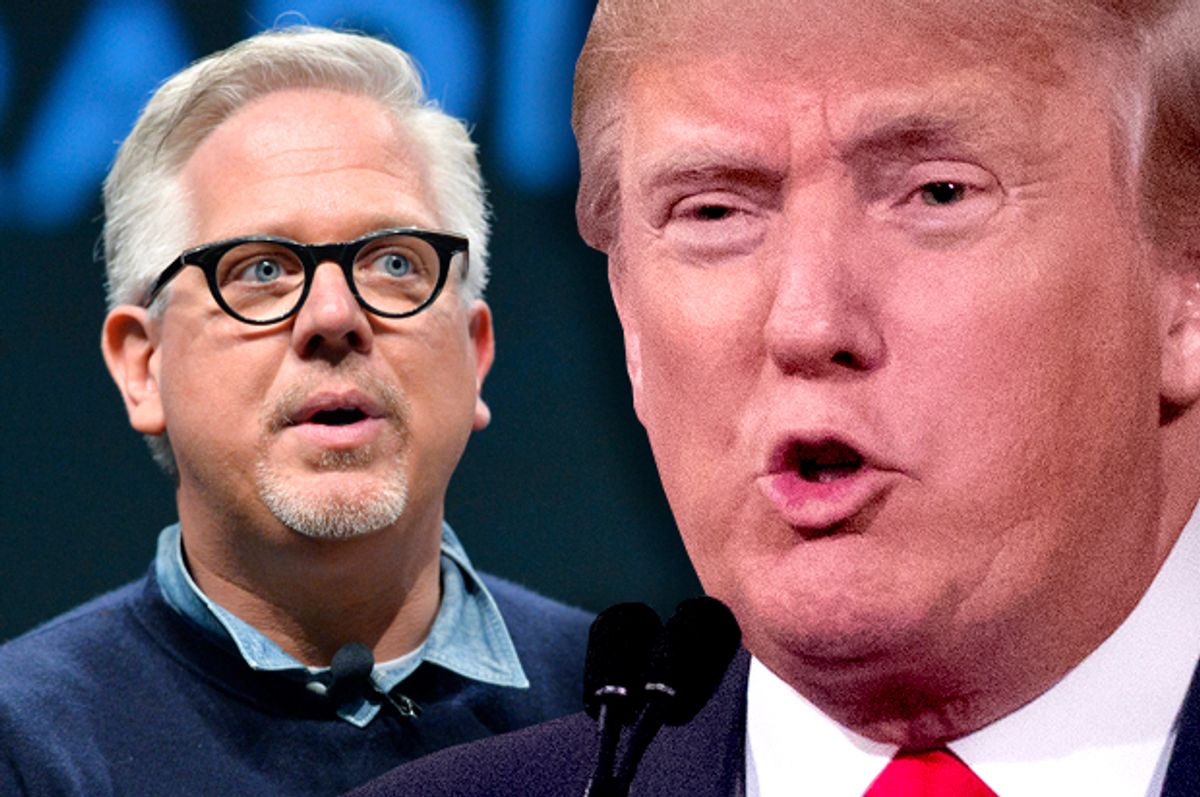 Glenn Beck is certainly in the throes of a living nightmare, finding his impassioned speech to Republican Nevada caucus goers Tuesday night suddenly interrupted by the rolling thunderstorm that is Donald Trump.

Trump had earlier tweeted that he would be “at various caucus sites” throughout Nevada on Tuesday, but didn’t specify where. It was not clear if Trump knew beforehand that Beck was speaking at the location when he made his entrance.

At the time, MSNBC was broadcasting a live look at the caucus site, Palo Verde High School in Summerlin.

“Donald Trump has just walked into this location,” an MSNBC reporter said on-air, noting Beck was still “speaking on behalf of Ted Cruz.”

How laughably fitting, as Trump overshadows Glenn Beck to show in a nut shell how he has hijacked the nutty party. pic.twitter.com/4f64Twa1Xh

"This is an honor," Trump said as he addressed the raucous crowd that rushed to him. "Thank you for being with me tonight. We are going to have hopefully a historic night. In New Hampshire it was an amazing win. As you know, South Carolina. Unbelievable. Hopefully this will be the same. I appreciate everybody being here. I wanted to be here myself."

"Get over there and vote!" Trump instructed the crowd.

Trump went on to wallop Cruz in the caucuses, beating the third place finisher by more than 20 percentage points.

According to Beck's The Blaze, the right-wing media mogul complained about the Nevada caucuses shortly after leaving, calling the caucuses "scary and sad" and blasting Trump supporters as "some of the nastiest people I have ever been with."

On Facebook, Beck continued to lash out Trump voters, comparing them to Hitler's "brown shirts"

Trump supporters are brown shirts. Some of them will end in jail.Dana from the blaze is receiving death threats and...