Donald Trump lets slip the truth: "I love the poorly educated," the GOP front-runner declared after winning Nevada on their backs

Purely coincidentally, after he mentioned "the poorly educated," he began discussing Hispanic voters 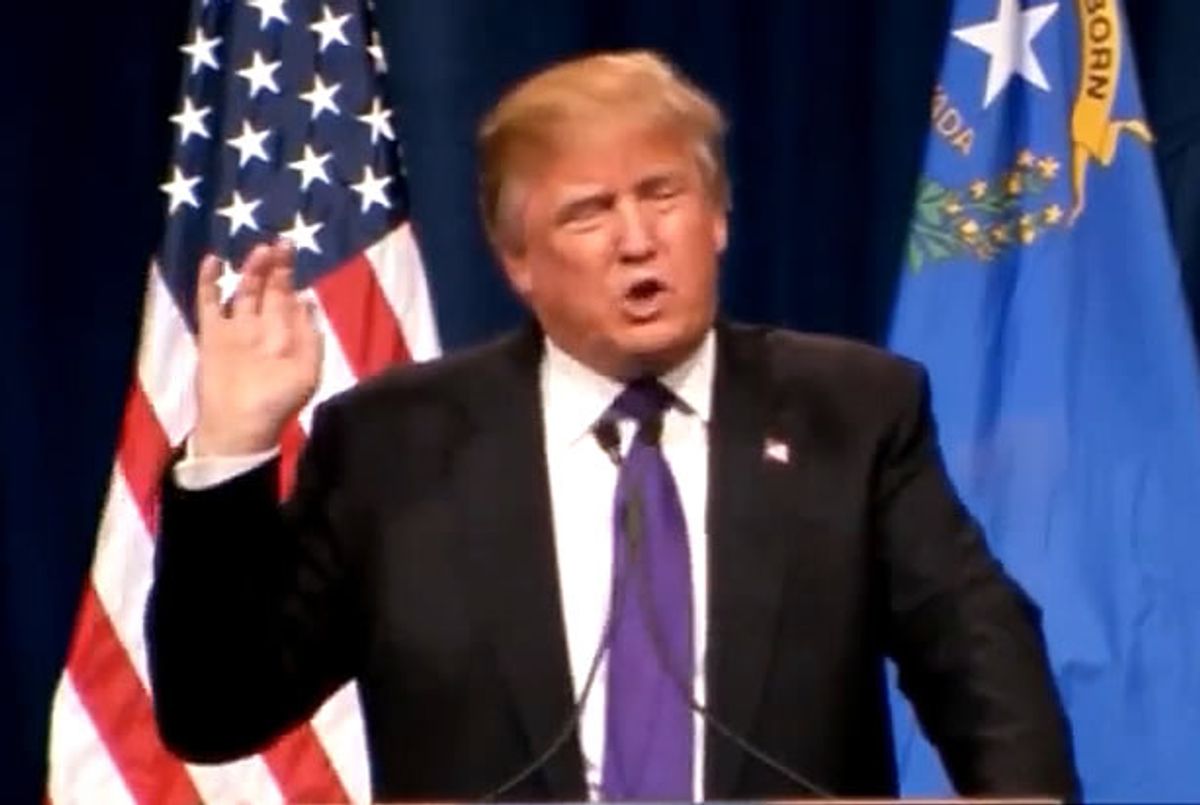 Donald Trump's victory speech last night was, for lack of a better way to phrase it, exactly the sort of thing you'd expect another Donald Trump victory speech to be -- part-empty braggadocio, part-vapid stump nonsense, and part-unwitting confession.

It's the last part that's the most interesting here, although statements like America "gets greedy right" do deserve a little lingering over.

Later, he capped his speech by declaring that he "won with the poorly educated. I love the poorly educated! We're the smartest people, we're the most loyal people, and you know what I'm most happy about? I’ve been saying it for a long time. Forty-six percent were the Hispanics -- 46 percent, number one with Hispanics. I’m really happy about that."

Watch the entire speech below via Right Side Broadcasting.