Exporting death: Why America excels at arming the planet

New report shows that over the past five years, the United States was the top arms exporter in the world 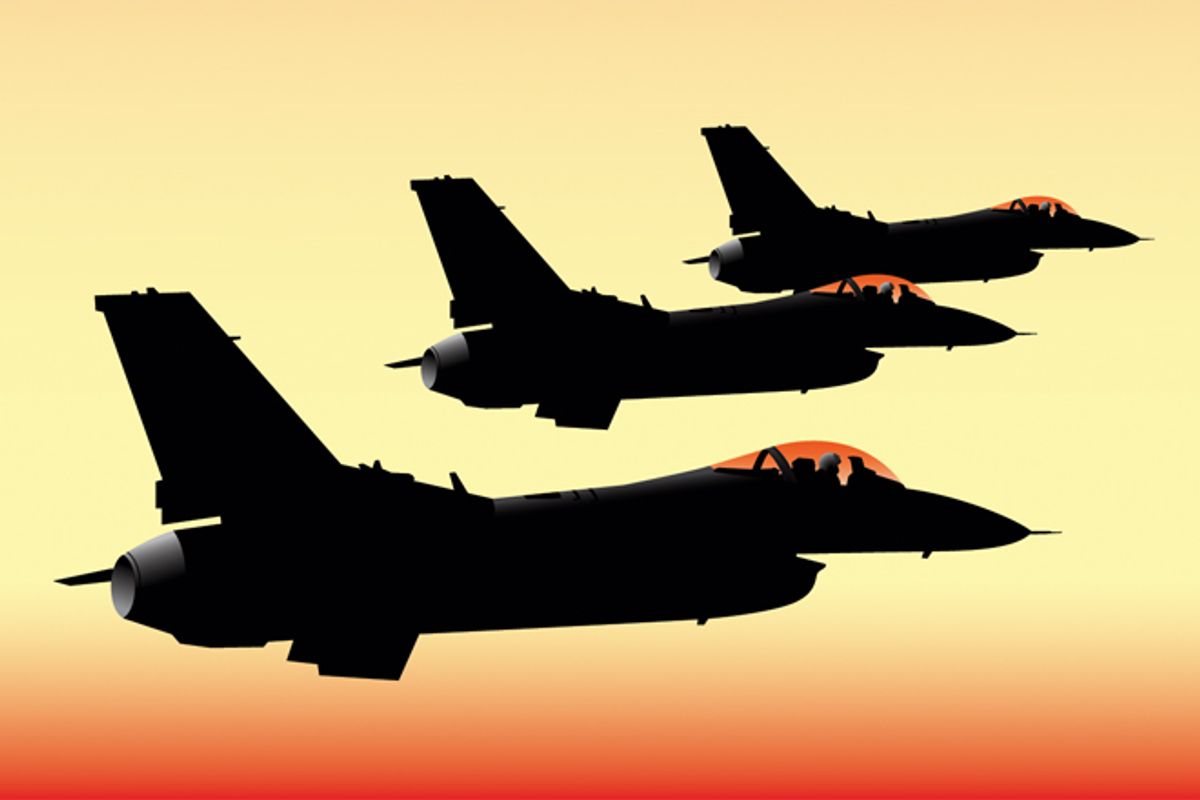 The United States is driving the global surge in militarization, as the number one arms exporter over the past five years—during which it shipped deadly weapons to at least 96 countries—according to a disturbing new report by the Stockholm International Peace Research Institute (SIPRI).

From 2011 to 2015, the U.S. oversaw the dramatic rise in weapons transfers, the global volume of which jumped a stunning 14 percent compared to levels seen during the previous five years.

The Middle East was the top recipient of American arms, and within the region, Saudi Arabia was the number one importer. These shipments continued despite human rights calls for an arms embargo, over concerns that the Saudi-led coalition is committing widespread war crimes in Yemen.

In fact, SIPRI researchers note that the coalition has been able to continue its relentless aerial assault of Yemen thanks primarily to U.S. and European shipments. “A coalition of Arab states is putting mainly U.S.- and European-sourced advanced arms into use in Yemen,” said Pieter Wezeman, senior researcher with the SIPRI Arms and Military Expenditure Program.

Worldwide, U.S. arms exports over the past five years jumped 27 percent over 2006-2010 levels. Weapons exports are poised to rise even more.

“As regional conflicts and tensions continue to mount, the U.S. remains the leading global arms supplier by a significant margin,” said Dr. Aude Fleurant, director of the SIPRI Arms and Military Expenditure Program. “[T]he U.S. arms industry has large outstanding export orders, including for a total of 611 F-35 combat aircraft to 9 states.”

Coming in behind the United States, Russia, China, France, and Germany were in the top five exporters. The top five importers were India, Saudi Arabia, China, the UAE and Australia.

The U.S. led the world in arms exports during a period of rising conflict and war, leading to levels of human displacement not seen since World War II.

The United Nations Refugee Agency estimated last year that one out of every 122 people on the planet has been violently uprooted from their homes by war and persecution, thereby forced to become refugees, asylum seekers, or internally displaced people. If all of these displaced people formed a country, it would be the 24th largest in the world.