Ted Cruz, professional slimeball: Why Trump & Rubio complain about his "dirty" politics — and why it won't hurt him a bit

The Senator from Texas has increasingly been accused of dishonest campaigning. This is totally unsurprising 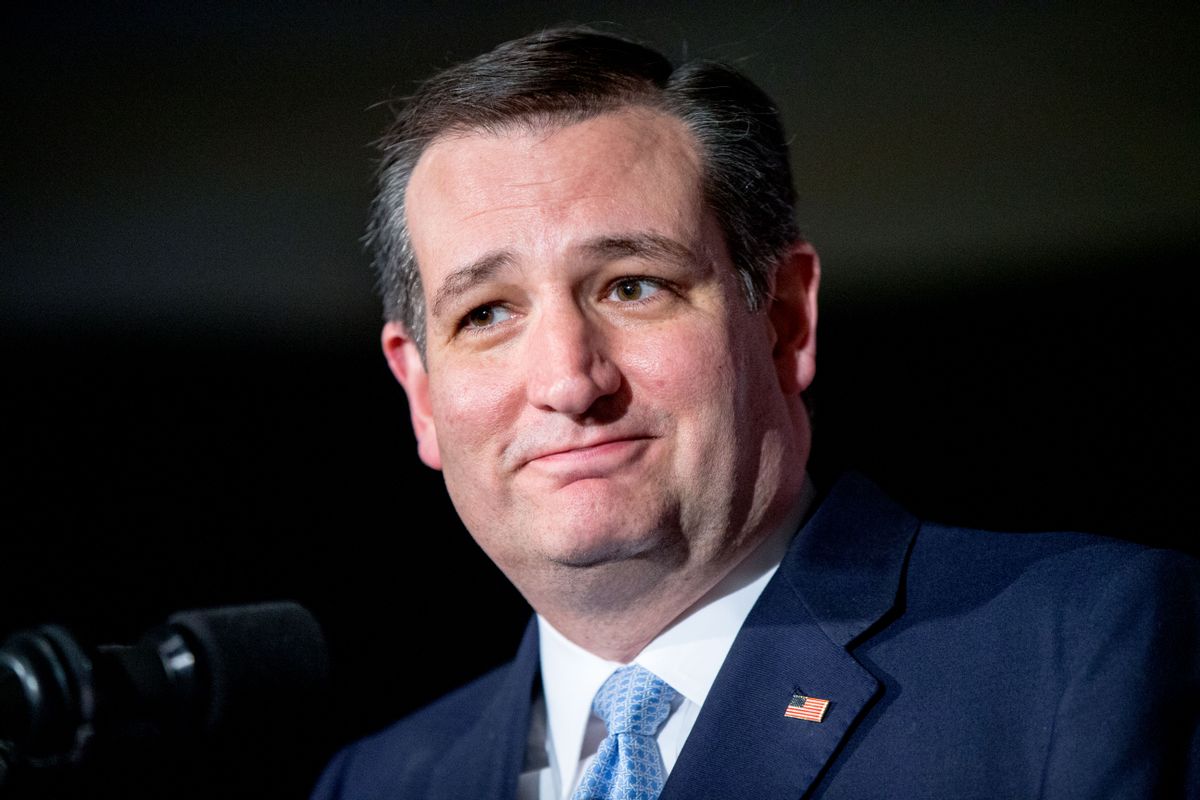 At this point, watching Donald Trump calling Ted Cruz the worst liar he's ever seen and implying that he's got a mental disorder doesn't even phase the press. That's just Trump being Trump. But it is noteworthy that Marco Rubio's supposedly "high road" campaign is tarring Cruz with the same message. Even poor old Ben Carson gets in on the act, fulminating over Cruz's alleged "dirty trick" in Iowa in which some of his campaign workers phoned into the caucuses with a bogus report that Carson was dropping out of the race and told them to vote for Cruz instead. (Carson did not lose the race because of this. He garnered only 9 percent of he vote to Cruz's 27.6, Trump's 24.3 and Rubio's 23.1.)

Cruz was first fingered for alleged trickery for sending misleading flyers  in Iowa which earned a scolding from the Iowa Secretary of State. (It turned out that  Marco Rubio deployed something similar without controversy.) And in South Carolina there were flurries of accusations mostly aimed at Cruz for doing push polls and running dishonest ads. A pro-Cruz PAC ran robo-calls against Trump saying he was gay friendly and "tearing down our America." (Those were probably balanced out by the pro-Trump white supremacist robo calls.)

Here's one example of the kind of dirty campaigning that had the Rubio campaign crying foul:

One of the criticisms of that mailer is that it's "racially tinged" which seems to have meant that it implied Rubio is black which is the worst thing you can say about someone, apparently.

It wasn't the only mailer that got the Rubio camp in a dither.  This one was very upsetting: 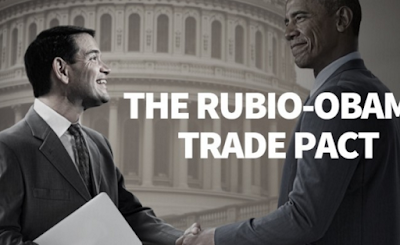 It's a photoshopped picture so obvious it might as well be a cartoon rendering. It's odd that people were so upset about it. Marco Rubio is a U.S. Senator and there are actual photographs all over the internet of him shaking hands with the president.

The reason the Rubio camp was upset about these mailers was because Cruz called attention to some areas in which Rubio agrees with President Obama. If nothing else, it's telling that Donald Trump can call Cruz a "pussy" in front of thousands of people, but telling people your rival agrees with the man in the White House on even one issue is beyond the pale.

The Rubio campaign said Cruz ran the dirtiest race in South Carolina history. Let's just say that's a bit of an exaggeration. It's hard to top the George W.Bush campaign's vicious attacks on John McCain there in 2000, which included a weird whisper campaign about fathering a "black baby." (His daughter was adopted from Bangladesh.) They accused his wife of being a drug addict and claimed that he's slept with prostitutes and gave his wife venereal disease. They called him a traitor when he was a POW and claimed that he had been brainwashed by the North Vietnamese to destroy the Republican Party. The rumors were spread through anonymous flyer and push polls that could never be traced. The calls peaked about a week before the vote and McCain never recovered. Compared to that, Ted Cruz's little flyers were child's play.

This week, Cruz was hit once again with complaints that his spokesman Rick Tyler had passed around a video purporting to show Marco Rubio remarking to Ted Cruz's father Rafael about the Bible: "Got a good book there, not many answers in it" In fact, Rubio had said it did have "a lot of answers in it." Cruz, under increasing pressure, fired Tyler. And both Trump and Rubio promptly responded by saying Tyler was a fall guy.

Yesterday, before the Nevada caucuses, Trump and Rubio came out with dire warnings to be careful of Cruz's dastardly deeds. Trump said to watch out for paper ballots presumably doctored by Cruz. And the cunning Rubio has set up a "truth squad" for people to report Cruz's purportedly "malicious rumors." But as Dave Weigel of the Washington Post pointed out, these warnings were evidence free :

Nevada's young caucuses, plagued in the past by drowsy vote-counting, have not been hotbeds of fraud. When a Trump warm-up speaker in Sparks told the crowd to ignore rumors that "Mr. Trump isn't on the ballot," audience members said it was the first they'd heard of this.

Yet in the final minutes before the vote, both the Trump campaign and Rubio campaign are trying to drive home the impression that Cruz is an unrepentant fraudster.

And that's the point. We've discussed before how Cruz is reminiscent of an earlier conservative politician who suffered from the lack of a winning personality but had a surfeit of brains and ambition. As it happens, that politician was also renowned for dirty politics. His name was Richard Nixon.

It strikes me as no coincidence that Ted Cruz is being tarred with that same reputation. Tricky Dick and Dirty Ted, both cut from the same cloth.

None of this is to say that Ted Cruz is not playing hardball politics. This profile of his take-no-prisoners campaign manager Jeff Roe leaves no doubt that they are very serious about winning by any means necessary.  But that's exactly what Ted Cruz's constituents expect of him. The idea that his reputation as a hardball campaigner "damages his brand" presumes that his brand as is someone who plays by the rules and observes all the niceties. Nothing could be further from the truth. His "brand" is Tea Party revolutionary.

Ted Cruz was sent to Washington by Tea Party conservatives with orders to do whatever it took stop the Obama agenda, and he is one of the few who took that mission seriously. And Washington hates him for it. In fact, they hate him so much, they made sure that everyone in the media and everyone in the country knows how much they hate him, thus ensuring that he was denied establishment support for his presidential run. And his rivals have taken advantage of it by piggy-backing dirty tricks accusations on top of his tattered reputation.

At this writing, Cruz was once again neck-and-neck with Marco Rubio for second place in the Nevada Caucus, so he's not quitting anytime soon. He remains the movement conservative guy. Glenn Beck was there in Las Vegas stumping for him, and he has the backing of many members of the talk radio right. They all know that the establishment's disdain for Cruz is a disdain for them. Even if they come around to Trump in the end, they won't forget it. If there's anything left of the Republican Party once this presidential campaign is over, there is going to be a reckoning.