"Black-ish” is fearless: Its brilliant take on police brutality mixes heartbreak and hope

How do you explain systemic racial justice to 6-year-olds? "Hope" shows how essential network family sitcoms can be 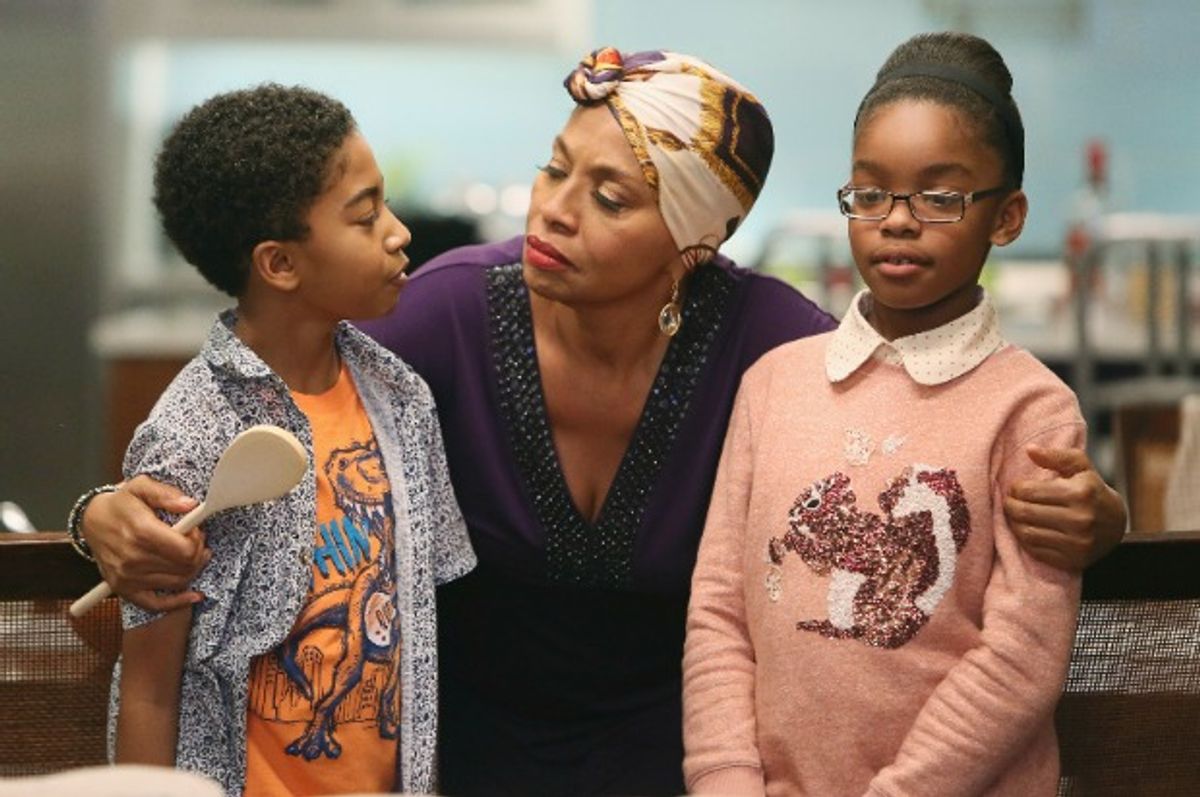 Last night’s episode of “Black-ish,” “Hope,” is about police brutality towards black Americans. This is quite a feat, because “Black-ish” is a family sitcom on network television, and racially influenced police violence is not particularly family-oriented. But that’s why the episode is so fascinating. Last August, NBC’s “The Carmichael Show” took on the topic in one of the best episodes of 2015, a demonstration of mastery of form in what was just the show's second episode.

“The Carmichael Show” is about adults, though, albeit ones of different generations. “Black-ish” is a show where until this season, over half of the regular cast were minors: a 16-year-old, a 14-year-old, and twin 6-year-olds. It’s easier to tell a story about systemic inequality when all the characters are equally aware of how the system works. It’s harder when two of the characters are just six, able to hear everything that’s being said without necessarily being able to understand it.

What’s fascinating about “Hope”—and indicative of how adept “Black-ish” is, as a show—is that in this thorny episode about a deeply shameful and infuriating problem, the storytelling around the children is the strongest, both funny and bright and heartwarming. It helps that Miles Davis and Marsai Martin, the actors who play twins Jack and Diane, are remarkable little actors. As the news of the shooting is spooling out on CNN, the kids’ parents, Dre (Anthony Anderson) and Bow (Tracee Ellis Ross) usher them to the adjoining kitchen, trying to get them interested in takeout menus instead of the escalating argument in front of the television. Jack and Diane protest, because as Diane points out, we all know that they are just going to end up ordering Chipotle again. When they do end up overhearing some of the older family members’ impassioned statements—especially one where Dre says, with anguish, that "kids are dying on the streets"—the twins snap over to the adult conversation with alacrity. "Hold up," says world-wise Diane. "Kids are dying?" “We’re kids,” Jack observes. The grown-ups become uncomfortably silent, leading Jack to ask Diane, “Why is everybody acting surprised that we can hear the conversation?”

Of course they can hear it. And see it on TV, and read about it on the Internet, without much effort at all. The central story of “Hope” is parents Dre and Bow trying to agree on how to impart the realities of life as a black person to these young, bright, and innocent children. But the point is that there is no good way to do it, because it’s a horrible task to have to undertake.

“Hope” is about attempting to maintain hope for the future—specifically, for one’s children—which is in itself a revolutionary little statement. Bow is insistent on keeping the narrative positive, because she wants her kids to have hope for the future. Dre is just as insistent on giving them the whole story, so that they can be better prepared for an unfair world. Bow is willing to ignore some reality to keep up her optimism; Dre can’t keep the truth in his head at the same time as he can be hopeful for his children. The simple clarion call of hope was in summation the whole platform that President Obama was elected on, and as Dre reminds Bow—in one of the most dramatic moments of the episode—that his inauguration was a fraught experience of elation and terror for them, as they wondered if someone crazy, angry, or armed would try to bring violence to the day, to “snatch that hope away.”

At the end, Bow and Dre come to a compromise—to be realistic, but to keep standing for change, too. They choose to go to the protest along with their teenage kids, who in turn try to keep their heads up for their younger siblings. It’s a story of keeping the chain going, of keeping each other alive, from one generation to another. Ultimately—no matter how brilliant “Black-ish” showrunner Kenya Barris is at weaving difficult topics together with adorable snark—it’s heartrending. Underneath the inconsequential banter about Zoey’s vendetta against P.F. Chang’s and Grandma Ruby (Jenifer Lewis)’s use of underripe apples as riot bricks, the Johnsons are talking about their own fraught, problematic, and even unlikely survival, from slavery through civil rights to their affluent suburban comfort.

I would not exactly call “Hope” funny, though it is full of very funny moments, including the tag at the end, which showcases some more of Ruby’s defensive tactics. But I wouldn't go so far as to give it the tarnished label of a Very Special Episode. It's lighter and less self-serious than that. It's just that some things, even for sitcom families, aren't particularly funny. "Hope" unspools more like a stage play, filmed in just one room of the house. The big and complex Johnson family moves in and out of the living room and away and towards some shared understanding of this external tension, one that weighs on the characters in separate and distinct ways. But it does feel like an important manifesto. Not for, exactly, an end to police brutality, or equal rights but something less concrete; that much-politicized clause of the American Dream that hopes we might be able to leave for our children something better than what we ourselves had. To not just never break the chain, but to believe there’s something worthwhile on the other end of it.