“We understand that some of our customers were offended" 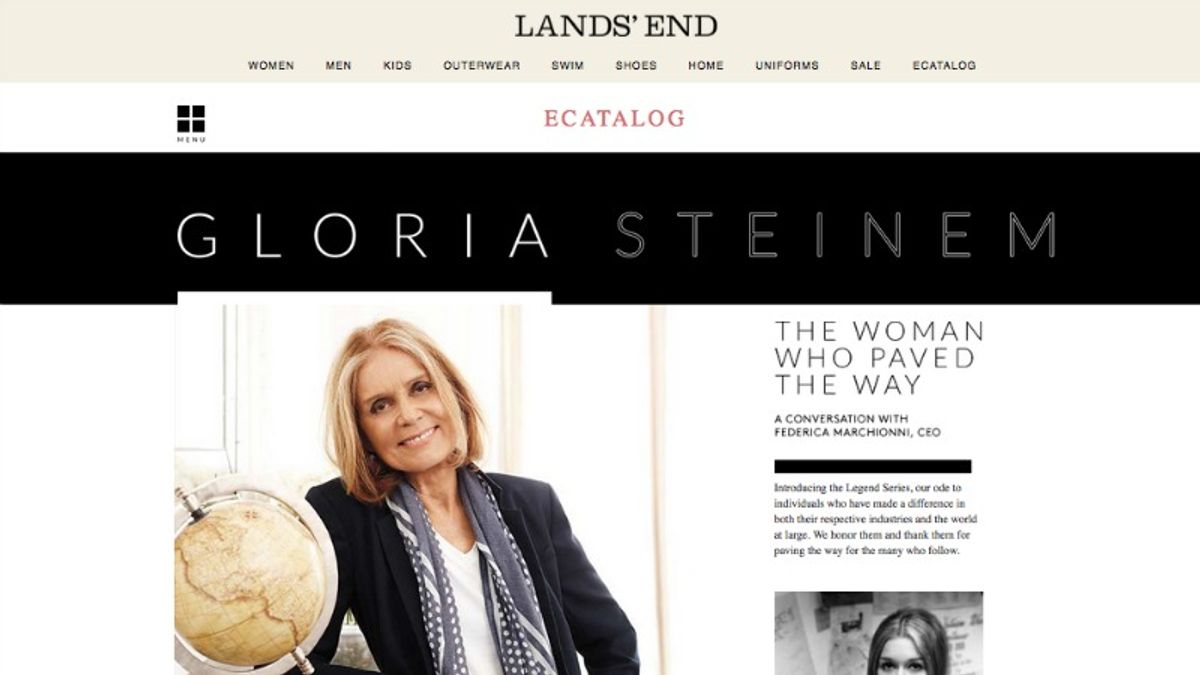 While most people are not looking for interviews in a Lands' End catalog, the struggling mail-order business attempted to spark up newfound interest in the brand recently with the addition of its "Legend Series,” in which feminist icon Gloria Steinem was interviewed. But after conservative customers complained, threatening to boycott the company, Lands' End was forced to delete the Steinem interview and apologize.

“We understand that some of our customers were offended by the inclusion of an interview in a recent catalog with Gloria Steinem on her quest for women’s equality,” read a statement from the company this week. “We thought it was a good idea and we heard from our customers that, for different reasons, it wasn’t. For that, we sincerely apologize. Our goal was to feature individuals with different interests and backgrounds that have made a difference for our new Legends Series, not to take any political or religious stance.”

On Tuesday, anti-choice news agency LifeNews.com reported that Lands' End had published the interview and photo-shoot with Steinem and was launching a yearlong campaign "to honor (the) pro-abortion feminist" by donating to one of her organizations. Hours later, Lands' End removed references to Steinem from its website, according to the Milwaukee Journal Sentinel.

Along with the interview, in which Steinem discusses the continuing struggles for women in the workplace, Lands' End customers were offered the option to celebrate Steinem’s cause with the purchase of a tote bag that included an ERA Coalition logo monogrammed on it, and the company would donate $3 to the Fund for Women’s Equality. The United Nations group works to help eliminate discrimination against women internationally. No word from Lands' End on if the campaign “in honor of Gloria’s work”, which is running now through Jan. 31, 2017, will continue.

Conservative, anti-choice activists, of course, flipped out, swamping Lands' End Facebook page with complaints and tweeting their plans to boycott the clothier:

As the Milwaukee Journal Sentinel noted, the company also faces backlash from religious schools it services. Two such schools in Missouri said Wednesday that they would no longer buy uniforms from Lands' End.

Founded in 1963, Lands’ End was once a major catalog business, in fact, the biggest mail-order specialty apparel seller in the U.S.