Donald Trump is an evil genius: How he abandoned political strategy and won over the GOP's bloodthirsty base

The GOP frontrunner is a bully par excellence, and everyone else in the field is too scared to challenge him 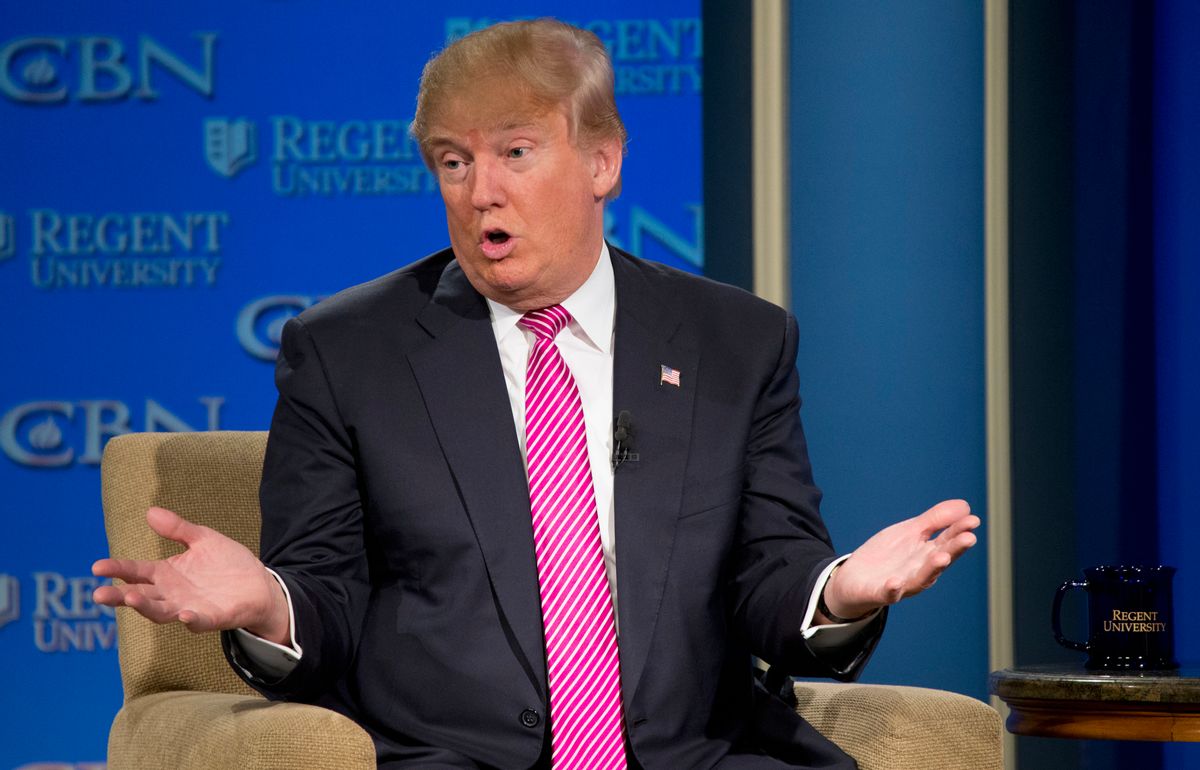 Marco Rubio, the putative runner-up for the Republican nomination, told the press yesterday that he would not win the race by being mean. When the  "Today" show's Willie Geist asked him why he still didn't need to attack Donald Trump, he said,  “That is a media narrative… I’m not in this race to attack anyone… I didn’t run for office to tear up other Republicans.” He's such a nice young man, isn't he? So well-mannered. But you have to wonder just what race he thinks he's running in because whether he likes it or not he's about to be deluged with a flood of toxic insults which may leave him permanently scarred.  As a headline at The Week put it: "Donald Trump is about to do terrible things to Marco Rubio."

That article was written by Paul Waldman, who astutely observed:

When Trump decides to go after you, he considers carefully both your weak points and the audience for his attack. So when he decided to pummel Jeb Bush — apparently for his own amusement, as much as out of any real political concerns — he hit upon the idea that Bush was "low energy," something Bush had a hard time countering without sounding like a whiny grade-schooler saying, "Am not!" More than anything else it was a dominance display, a way of showing voters he could push Jeb around and there was nothing Jeb could do about it. With a primary electorate primed by years of watching their candidates fetishize manliness and aggression, the attack touched a nerve.

Donald Trump may be the best bully American politics has ever seen. He's a blond-tufted  silverback gorilla who's laid waste to each rival, one by one. He's still got Cruz and Rubio circling warily but his blood is up and he's ready to dispatch them both.  Over the course of the last few weeks, he's whittled away at Cruz's reputation (with Rubio's wide-eyed assistance) and managed to turn him into the mentally unstable ghost of Lee Atwater.  Now it's Rubio's turn. And poor Rubio doesn't seem to be aware of what's about to hit him.

It's not easy to defend against Trump. As Waldman points out, Trump throws a bunch of insults at the wall to see what will stick. Once he finds what works, and he's very good at recognizing a person's weak points, he never lets up.  Rubio is going to find that being the "nice guy" is unlikely to shield him from the onslaught.

How did this happen? Trump is a circus clown, a WWE sideshow of a candidate who has no idea about policy and apparently no knowledge of how the U.S. Government actually functions. He seems to think the president's job is to order police agencies and the leaders of foreign countries to do his bidding. He apparently believes the job is Emperor of the World. So, perhaps it's understandable that none of his rivals or the rest of the Party thought he could possibly last. He would step on his own tongue one too many times and that would be that.

However, it's been obvious for some months now that this guy was the definition of a Teflon Don. And that's because whenever he insults someone, whether it's war hero John McCain or Fox news anchor Megyn Kelly even the Pope, it's all about that "display of dominance." (On one of the cable networks they asked Nevada Trump voters about the pope dust-up and one of them simply said, "The pope started it" which is exactly how a schoolyard bully's posse would respond.) They should have shifted gears a long time ago.

Ben Wallace-Wells at the New Yorker asked GOP strategist Stuart Stevens (no friend of Trump) what he thought had gone wrong and he had some interesting insights. He first criticized the much used and abused "lane metaphor" which caused Trump's rivals to adopt a strategy to concentrate on certain segments of the electorate. Trump meanwhile has been trying to win the elections. Stevens says this "lane" strategy has led to disaster. "It’s like some mass hysteria—it’s like the tulip mania of politics," he says.

He's right about Trump. He's not a typical political tactician trying to slice off certain pieces of the base to put together a coalition to win the nomination then planning to "pivot" to the center. He doesn't play that way.  He's no party man, he cares nothing for the institution or the ideology of the GOP. The only reason he's running as a Republican at all is because he knows that's where the racists, xenophobes and hardcore authoritarians are and that's his central message. He could have run as an Independent but then he wouldn't have gotten the debates or the free media attention that he knew would fuel his run. He's been running a general election campaign from the beginning, believing sincerely that his message is universal.

But Stevens makes another point that is extremely important. Whether it's because of the "lane" theory or the idea that his voters are so sensitive they'll hate you if you criticize him, the fact remains that none of these people have even attempted to really run against him. Even the Super PACs have been soft. Ads like this one by the Club for Growth, going on about "eminent domain" could have been done by a group of little old ladies at the Springfield Republican Sewing and Garden Club. And as I noted yesterday, the so-called "dirty tricks" deployed in South Carolina on behalf of Cruz were (1) against Rubio not Trump, and (2) lame.

Conservative writer Matt Lewis has called the Republican establishment "stupid and gutless" for failing to attack Trump. He suggests that someone run an ad that tells people how he cut off medical care to a sick infant (his own nephew)—just to get back at his parents.  Here's what Stuart Stevens says would be a real campaign against Donald Trump:

“The way to beat Donald Trump is to go after the essence of Donald Trump,” Stevens said. “Donald Trump is a ridiculous figure. He’s not a particular business success. Four bankruptcies! He doesn’t have a junior-high-school-level understanding of policy—he doesn’t know what the nuclear triad is. You’ve got to turn to Donald Trump in a debate and say, ‘You’re a ridiculous figure. You don’t know what you’re talking about. And this tariff idea will cost jobs, it will damage the economy, just like you bankrupted Atlantic City.’ ” Stevens recalled that after Vladimir Putin said some nice things about Trump, the candidate arranged his entire foreign policy around a pro-Putin stance. Trump is “like a stray dog,” Stevens said. “Pat him on the head and he’ll follow you home.”

Who knows if it will work?  So far, nothing he does seems to hurt him with his voters.  As he himself has said, he could "shoot someone in the middle of 5th Avenue and he wouldn't lose any votes."  But the man does have a lot of vulnerabilities, as Stuart says.  Maybe if someone actually tried to run against him, people might see that. As it stands he just looks like the big blond tufted Silverback strutting around, pounding his chest and dominating every competitor in the territory. Until someone actually engages with him, nobody will know how strong he really is. The way it's going that person is going to be a Democrat, not a Republican.