R.E.M.'s leap of faith: 25 years later, every curveball on "Out of Time" makes perfect sense 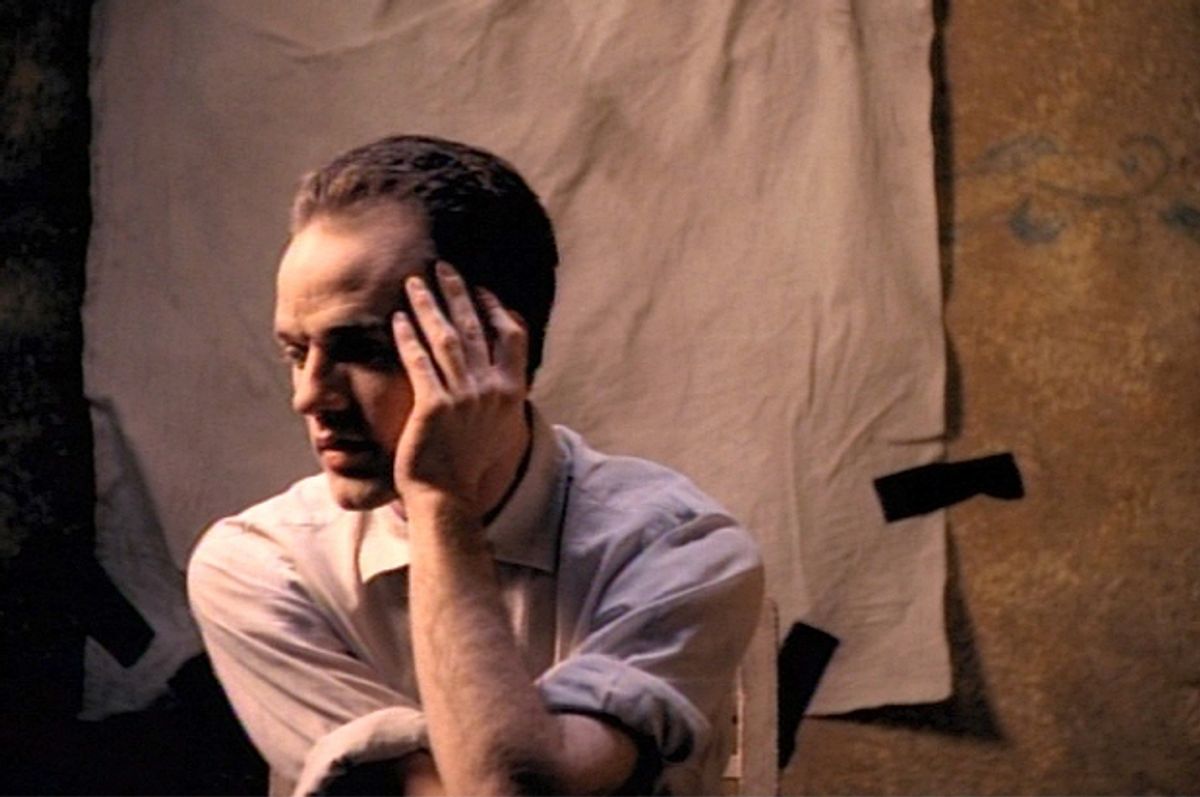 Michael Stipe in the video for R.E.M.'s "Losing My Religion"
--

Hindsight is often full of memory distortion, especially where music history is concerned. In some cases, this fudging is deliberate: The new HBO series "Vinyl," a fictionalized account of the industry in 1973, combines facts and falsehoods for the sake of dramatic tension or plot development. In other cases, inaccurate ideas become calcified due to misinformation or perception, and are only corrected years later. For example, the common theory that the 1991 release of Nirvana's "Nevermind" wiped out hair metal bands like a meteor destroying the dinosaurs has been largely debunked with some chart deep dives and musical analysis. As this blog post and Pitchfork article further note, Nirvana didn't necessarily assume immediate chart dominance on the alternative side, either: "Smells Like Teen Spirit" hit No. 1 on the Modern Rock Songs Billboard chart for exactly one week in late 1991, and was bookended at the top by two U2 songs, "Mysterious Ways" and the lesser-remembered radio hit, "The Fly."

The latter two songs came from U2's "Achtung Baby," a sonic and thematic detour that was praised for its adventurous spirit. "The revamped U2 isn't trapped in sophomoric seriousness because it's no longer so sure of itself," wrote the New York Times. "Stripped-down and defying its old formulas, U2 has given itself a fighting chance for the 1990s." They weren't the only important band switching things up, however: R.E.M. released its seventh studio album, "Out of Time," in March 1991, roughly six months before Nirvana unleashed "Nevermind." The record was an obvious musical evolution from 1988's "Green," as it deemphasized electric guitars, featured a bevy of guest stars (rapper KRS-One and Kate Pierson of the B-52's, along with session musicians) and amplified a broad array of instruments.

Spidery mandolin drives "Losing My Religion," R.E.M.'s biggest chart hit to date (and, as it turns out, overall), while harpsichord adds a longing tint to "Half a World Away" and steel guitar bends through "Texarkana." Merry circus organ exacerbates the exuberance of "Shiny Happy People," while layers of gooey harmonies and winsome piano ensure "Near Wild Heaven" channels the Beach Boys. Saxophones, clarinet, congas, melodica and even flugelhorn pop up elsewhere to cement the album's orchestral-pop sheen. "Out of Time" still sounds like nothing else in R.E.M.'s catalog.

Yet the album almost became more notable because it was reported to be full of love songs. "I've always despised love songs, so I had to try them," vocalist Michael Stipe told the New York Times, while also stressing that "nothing on the record is autobiographical. If I ever write an autobiographical record, I'll make it very obvious. I'm trying to do something that Tom Waits and Peter Gabriel do really well, which is to write about things I may or may not have experienced from different points of view." In theory, the idea that R.E.M.—a band of romantics who nevertheless had largely eschewed such an obvious, common musical trope—decided to write love songs was intriguing and provocative.

The reality was more nuanced than that, of course. In practice, "Out of Time" moves beyond the subtle (and misunderstood) romantic scorn permeating R.E.M.'s 1987 hit "The One I Love": The album is an attempt to capture and document the specific, different ways people could love and be loved. "I’ve written love songs, but they were pretty obscure and oblique," Stipe told Spin in 1991. "These songs deal with every kind of love — except maybe love of country." In fact, "Out of Time" is more a psychological dissection of love’s various forms—whether extant, extinct or somewhere in between. "Near Wild Heaven" describes a relationship that's on its last legs and teetering on the edge of breaking apart, while the aching "Half a World Away" captures the longing sewn into the fabric of a long-distance relationship. "Losing My Religion," meanwhile, describes an uneasy scenario when love is uncertain—someone is walking on eggshells and anguished due to the unpredictable (and potentially unkind) behavior of a partner.

In subtler ways, songs address the intersection of love, culture and personal politics: On “Radio Song,” music is used as a salve to drown out a personal crisis—even as a once-loved tune provokes painful memories—while the tempestuous relationship described in "Me in Honey" becomes even more complicated due to pregnancy and impending motherhood. Love is messy and unpredictable, in other words, and situational rather than an absolute. In “Belong,” fractured love leads to happiness and freedom; in “Near Wild Heaven,” the dissipation is bittersweet. Despite its colorful musical palette, "Out of Time" is quite moody: Love wasn't a safety net, just another fragile part of life, and there were no guaranteed happy endings. Take "Country Feedback" and "Low," two feverish, melancholy snapshots where love is subsumed by memories and roads not taken.

But like all R.E.M. albums, peeling back the surface revealed more questions and layers of (potential) meaning. On a universal level, the album's takes on love resonated because they reflected the uncertainty of the '90s: Political tides were shifting, there was a war raging in the Middle East and youth culture was beginning to evolve. Innocence is often the last thing touched upon on "Out of Time"—save for “Shiny Happy People,” a song Stipe affirmed to the Times has "no irony or cynicism" to it—although the album's emotional undercurrents (homesickness, longing, loneliness, nostalgia, fear) are primal and easily understood. Perhaps this is why the album resonated with so many.

Yet that the record went multiplatinum is a testament to R.E.M.'s popularity; even before this record, their career trajectory was on an upswing. But its success also had much to do with the welcoming musical landscape of the time. "Losing My Religion" spent nearly two months atop the Billboard Modern Rock Song charts, and a glimpse at this chart during one week of the song's reign shows rather impressive genre diversity: Hits encompassed power-pop (Material Issue, Hoodoo Gurus), danceable electrorock (Jesus Jones, EMF), moody U.K. rock (Morrissey, Simple Minds) and noisy dreampop (Throwing Muses, Lush). Alternative music fans, much like R.E.M.'s own fan base, were primed and used to variety.

And logically, R.E.M.'s detours on "Out of Time" made sense: The band never followed cultural trends, and so ripping up their playbook was a very typical move. But 25 years after its release, "Out of Time" feels less like a sharp curveball, and more like a bridge album in R.E.M.'s catalog. The record gave the band confidence to explore broader (and weirder) directions on future albums, from the baroque mortality meditations on 1992's "Automatic for the People" to the buzzsawing electric-glam excursions of 1994's "Monster" and the road-tested eclecticism of 1996's "New Adventures in Hi-Fi." As it turns out, R.E.M. were moving toward "Out of Time" all along; they just needed to take a big leap of faith to get there.