Ted Cruz is a lying liar: The label's sticking and finally sinking his campaign

Cruz has a reputation in D.C. for being a huckster and blatantly dishonest — voters are starting to notice 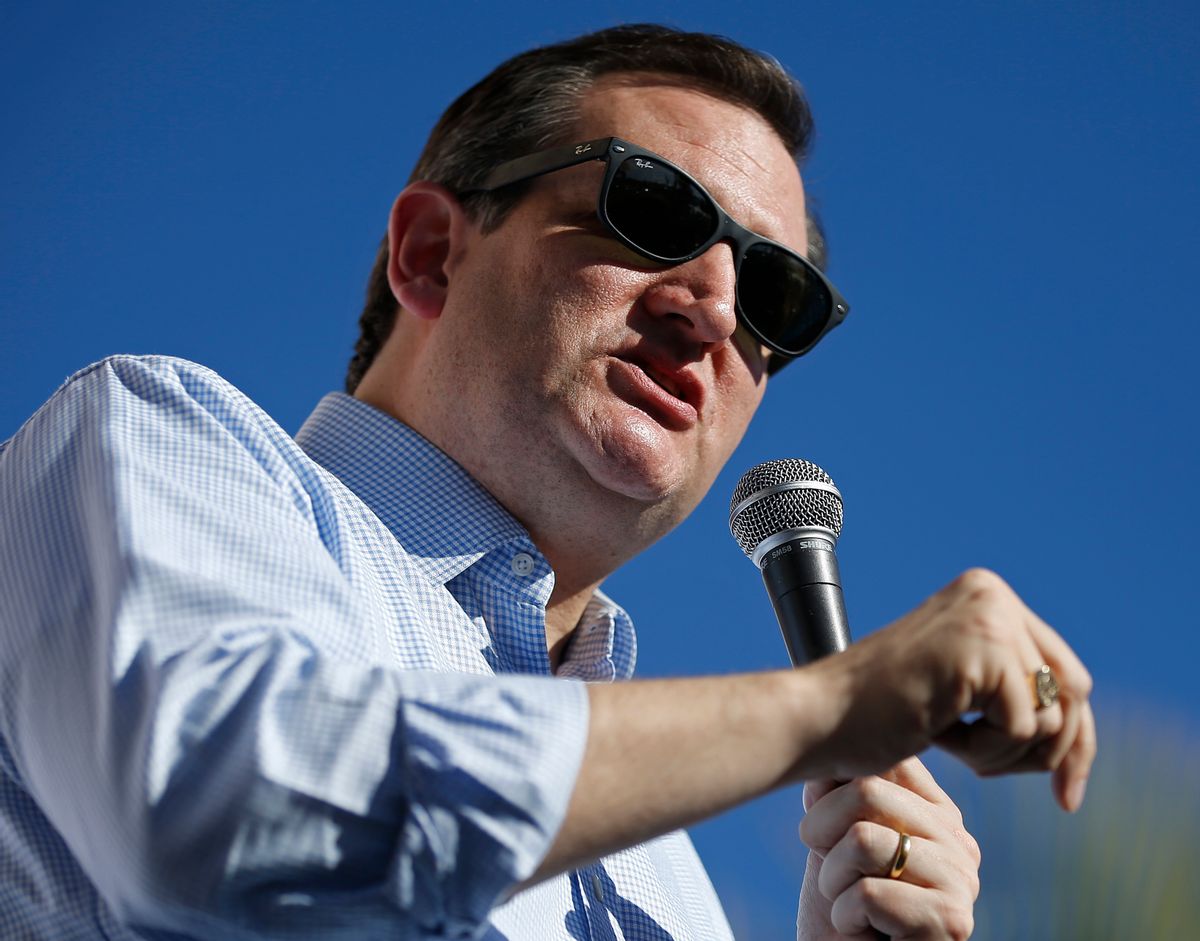 That's Ted Cruz's campaign slogan. It suggests, among other things, that Mr. Cruz is honest, a man with a moral compass. Campaign slogans are platitudinousness by definition – everyone gets that. But, generally speaking, they communicate something simple and true about the candidate.

In Cruz's case, however, the irony is overwhelming.

The Texas senator has developed a reputation in Washington as a grandstanding huckster, someone who reliably puts himself above the party. Which is why he's arguably less popular among his Republican colleagues than among the Democrats. He's also nakedly dishonest, something that's become increasingly apparent in this campaign.

Cruz has already been caught employing “dirty tricks” in Iowa, where he dispensed misleading mailers and released a false statement during the caucuses suggesting that Ben Carson was suspending his campaign. Cruz's antics prompted Mike Huckabee, of all people, to say the following:

“Ted Cruz apologized for his campaign spreading a false story that Ben Carson had dropped out of the race but he deflected blame to CNN. Dr. Carson, being a good Christian, accepted the apology on a personal level, but he didn't buy Cruz's claims of innocent intentions...I can attest to the fact that even in our campaign there were many efforts to try and say that people shouldn't vote for me or Rick Santorum or Ben Carson. The Cruz people said it would be a wasted vote and they should vote for Cruz. It wouldn't have made a difference for any of us, but it is the kind of low-life, sleazy politics people truly get sick of.”

It appears that Cruz's reptilian tactics are starting to backfire. They worked in Iowa, but his campaign has been in a steady free fall since. According to a Washington Post report, Cruz's operation is in “turmoil” after repeated attacks from Republican rivals Donald Trump and Marco Rubio. Rubio has emailed his supporters writing that “Ted Cruz is a liar,” emphasizing his use of “dishonest push-polls” in South Carolina.

Trump, being Trump, went a bit further: “I've met much tougher people than Ted Cruz. He is like a baby compared to some of the people I have to deal with. He is like a little baby: soft, weak, little baby by comparison...But for lying, he's the best I've ever seen.”

Mostly because they're accurate, the attacks on Cruz's integrity have taken their toll. So much so, in fact, that supporters – both inside and outside the campaign – are calling “for a shake-up in the candidate's message and strategy a aweek ahead of the crucial Super Tuesday primaries.”

There are, however, several members of Team Cruz – and almost certainly Cruz himself – who don't quite understand why the accusations are sticking. “I think both the Trump and the Rubio campaigns have seized on the narrative that if they say 'liar' enough, enough people are going to believe it,” said Louie Hunter, Cruz's Georgia co-chair. “I think that has manifested itself into some people questioning, albeit incorrectly, the real moral character of Senator Cruz.”

Perhaps Hunter doesn't really believe this. Perhaps he's just putting on airs in public. But if the prevailing view among Cruz's staffers is that Cruz's actual lying isn't the reason people consider him a liar, they're in trouble. The fact is, Cruz does lie, and that's why people don't like him. In politics, there are always gradations of lying – ranging from minor distortions to pants-on-fire deceptions. Cruz's infractions run the gamut, often scaling with his level of desperation.

Against the backdrop of Cruz's reputation, it should come as no surprise to his campaign that these accusations are sticking. They have the virtue of being true, and the voters know that. At this point, there's nothing Cruz can do about that.