Get ready for the most tense — and essential — Oscars night ever

Between Chris Rock's sharp wit and possible crowd discomfort, Sunday night's awards show will be the one to watch 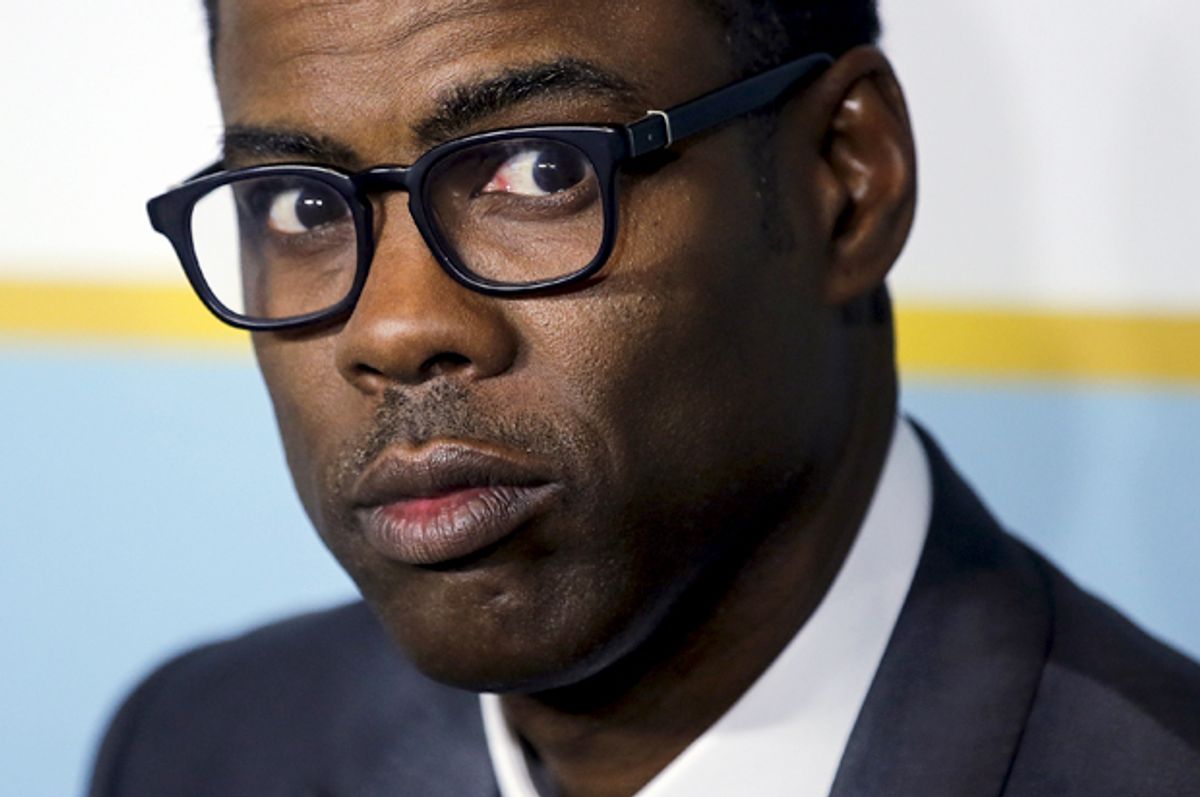 Some predictions say this will be among the least watched Oscars ever; viewership has been falling in general, and in year of less racially diverse nominations, TV audiences tend to be down. But this could also be the tensest, most unhinged, most contentious Oscars ever. Which would also make it far more entertaining than the usual clubby Hollywood event. Some of the evening is at least slightly predictable, some of it remains a mystery. Could it become an Oscars with a record-low audience and a record-high level of drama? Here’s what seems the most likely.

In dull years, it certainly seems like the Oscars is a succession of endless acceptance speeches, as actors and directors thank colleagues and parents and spouses over the music intended to urge them offstage. This year will probably be less soporific. Publicists, who get tired of putting out fires in the press and media, will surely coach their talent to give speeches that nod in the direction of #OscarsSoWhite in safe, noncontroversial ways, or order them to avoid race altogether. Some winners will give conventional speeches, but it’s likely that a good half, maybe more, will at least pay lip service to diversity.

There is probably no maverick winner who could go totally rogue in a speech. No one seems likely to rant about the importance of looking at movies in a "pure" way and not reducing them to their racial makeup, etc. Instead, there’s likely to be liberal politeness. There may be enough, in fact, that conservative outlets will write about Oscar groupthink the next day.

Even in the unlikely possibility that Charlotte Rampling (“45 Years”) beats out Brie Larson (“Room”) for best actress, her speech is not likely to break any windows. She’s more likely to offer something conciliatory. It could sound like the statement she used to walk back her comments that the climate had become “racist to whites.” (Her exact words, after saying she’d been “misinterpreted”: “Diversity in our industry is an important issue that needs to be addressed. I am highly encouraged by the changes announced today by the academy to diversify its membership.”) Does she really mean it? Who knows. But she’ll probably be gracious.

More typical of the older actors is someone like Sylvester Stallone. Sly has made an effort to thank director Ryan Coogler and co-star Michael B. Jordan after forgetting to mention them at the Golden Globes, and he could easily work in an homage to them if he wins best supporting actor for "Creed," as he's favored to.

The likely best director winner, Alejandro G. Inarritu, sits at an unusual angle to the whole debate: He’s a rare Oscar winner who is neither black nor white, and he’s spoken about the importance of the diversity issue. (“These changes the Academy has made are a great step. But the Academy is at the end of the chain. Hopefully these positive changes can start from the beginning of the chain.”) We'll see if he says anything intriguing Sunday night, or gives another standard speech like last year's.

So that brings us to Chris Rock’s monologue and hosting duties. There’s no possibility that he’ll dodge the issue -- he’s already called the Oscars "The White BET Awards" – and he’s long proven to be one of the smartest and least predictable entertainers alive. I’m not going to take a guess what he’ll say except that it’ll be funny and forceful. And it's hard to think of any actor, comedian, or culture figure of any kind right now who has the kind of broad authority Rock has.

The other day Harvey Weinstein told the Hollywood Reporter:

"If anybody's [planning on] boycotting the Oscars, don't, because Chris Rock is gonna annihilate every one of us [leaders of Hollywood studios/distribution companies] in the first 20 minutes of the show, and it will be well worth watching. It will be an Oscars to remember."

The final element that will determine what kind of Oscars it will be is the temperature in the room. Academy members tend to be older and more male than the group that will be onstage collecting awards. Coupled with an atmosphere of bewilderment around the proposed changes to membership and voting rules designed to diversify the voting membership, that could make them less invested in the diversity issue than those onstage. How they react could shape how we remember the 2016 Oscars, though. This is a crowd that was appalled (rightly) by Seth McFarlane’s crassness: They could flip out if Rock really challenges them, or if one of the acceptance speeches is especially tough on the folks inside the room.

With live television, of course, anything is possible. Maybe it will be a snore. But chances are, this will be the wildest, least comfortable Oscars in decades.