"He was so scared, like a little frightened puppy": The 10 most bizarre moments from Trump's Fort Worth rally 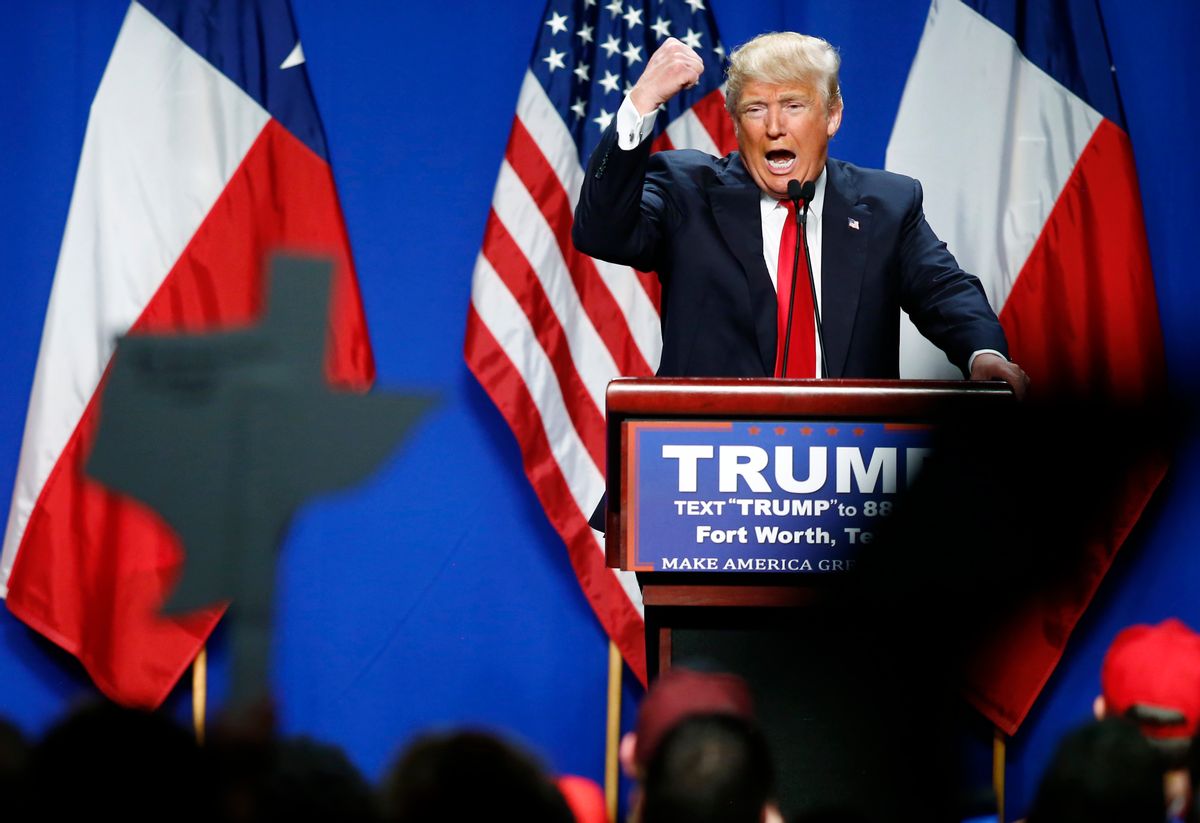 Donald Trump's rally in Fort Worth on Friday may have been most surreal performance to date. Trump's speech included a Marco Rubio impression, insults to Jeff Bezos and Mitt Romney, and a shout out to a fan's "big, beautiful beard."

Here are the 10 most bizarre, over the top moments:

2. On Marco Rubio during his New Hampshire debate showdown with Chris Christie: "I thought he was going to die. He was so scared, like a little frightened puppy."

4. On Chris Christie's endorsement: "When you're in number one place for a long period of time, the endorsements are coming in, but the one I was really happy with was this one right here. So Chris, thank you, we love you man."

Trump wasn't so warm to Christie back in December, when Trump said of Christie's "Bridgegate" scandal: "Here is the story, the George Washington Bridge, he knew about it."

7. "I have respect for Jeff Bezos, but he bought the Washington Post to have political influence...He wants political influence so that Amazon will benefit from it. That's not right. And believe me, if I become president, oh do they have problems."

8. "I'm gonna open up our libel laws so when [the Washington Post and the New York Times] write purposely horrible and negative and false articles, we can sue them and win lots of money."

9. "The American dream is dead, but we're going to make it bigger and stronger and better than ever before."

10. "We have more Christians than we have men or women in our country!"

Someone should check Trump's math on that last one.