Clinton talks of possibly decades-long occupations and orderly regime changes, yet somehow Sanders is the fantasist 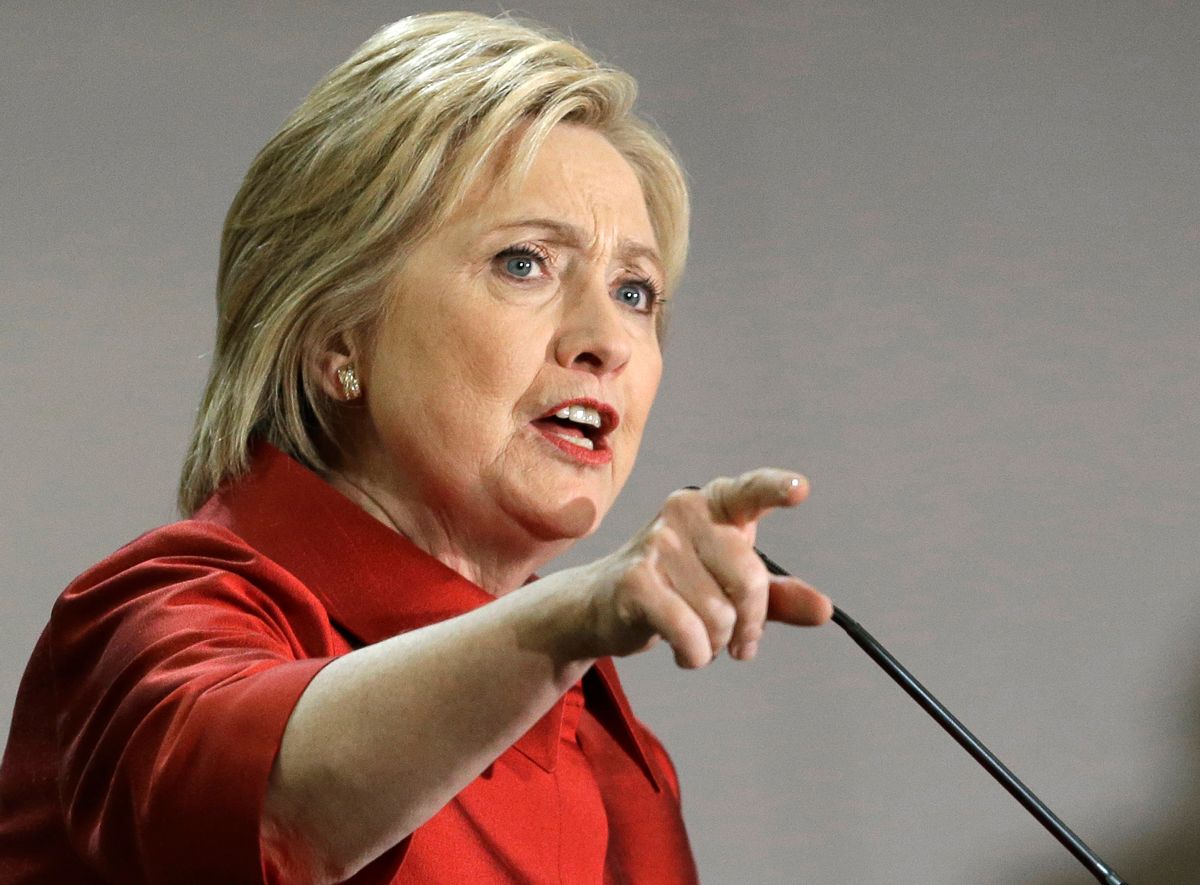 In this year's Democratic primary, surrogates for former Secretary of State Hillary Clinton have attacked Senator Bernie Sanders's domestic policy agenda for being unfunded or overly ambitious. For example, after signing onto a letter attacking Sanders' economic agenda -- backed by no data or modeling -- University of Chicago economist and former Obama White House Council of Economic Advisers Chair Austan Goolsbee went on to suggest Sanders' agenda promises were "magic flying puppies with winning Lotto tickets tied to their collars."

But Clinton made a comment at Tuesday's town hall in Columbia, SC, that might make those "magic flying puppies" promises look cautious by comparison.

The comment came at the end of an exchange sparked by a question from University of South Carolina student Dennzon Winley. "As we have learned in Iraq and, recently, Libya," Winley noted, "getting rid of long-time dictators and their affiliates can lead to problems unforeseen." He then asked Clinton how she'd ensure that regime change in Syria would "install within that country a government capable of containing and mitigating the sectarian and insurgency violence that will undoubtedly increase, thus further destabilizing the region?"

After addressing a potential ceasefire in Syria and the need to stop Russia's bombing in that country, Clinton turned to Libya. She boasted of the election held in the country in 2014, describing the moderates elected. She then suggested the country needed some time and support to get over internal disputes. "I'm hoping that we can give them the time and space to actually make a difference for their country in the future," she said.

"How do you explain the time and space to people?" debate moderator Chris Cuomo asked in response. He then asked Clinton to assess one of the key efforts from her tenure as Secretary of State: "Maybe we shouldn't have done it that way. Do you believe there was a mistake involved in Libya?"

After pointing to the election again, Clinton then invoked the half-century-plus deployment of U.S. forces in Germany, Japan, and South Korea as examples of U.S. troops remaining onsite to give a country time and space, with a particular emphasis on the latter. "If you think about South Korea, there were coups, there were assassinations, there was a lot of problems for the Koreans to build their economy, to create their democracy," she described. "This doesn't happen overnight, and yes, it's been a couple of years," she said, returning to the five years since Libya's overthrow of Qaddafi in 2011. "I think it's worth European support, Arab support, American support, to try to help the Libyan people realize the dream that they had when they went after Qaddafi."

Meanwhile, while Bernie Sanders may be recommending the U.S. adopt domestic policies that match those of our Canadian and European counterparts, thus far he has mentioned nothing about 60-year military deployments. Moreover, unlike Sanders, Clinton has not even called for taxes to pay for what would be a costly endeavor -- unless her reference in this exchange to Libya's oil means she hopes to be more successful billing Libya for defense than the U.S. has been with Iraq.

Such is the nature of our politics that Sanders can be attacked as a fantasist for daring to aspire to live as well as Europeans, while 60-year military deployments get treated as magic ponies that cost nothing.

Perhaps it is considered bad economics to make this suggestion. But it seems like a smart way to pay for universal health care for all Americans is to stop getting into 60-year military deployments around the world?