Trump tried to defend himself, saying he only got a $1 million loan from his father 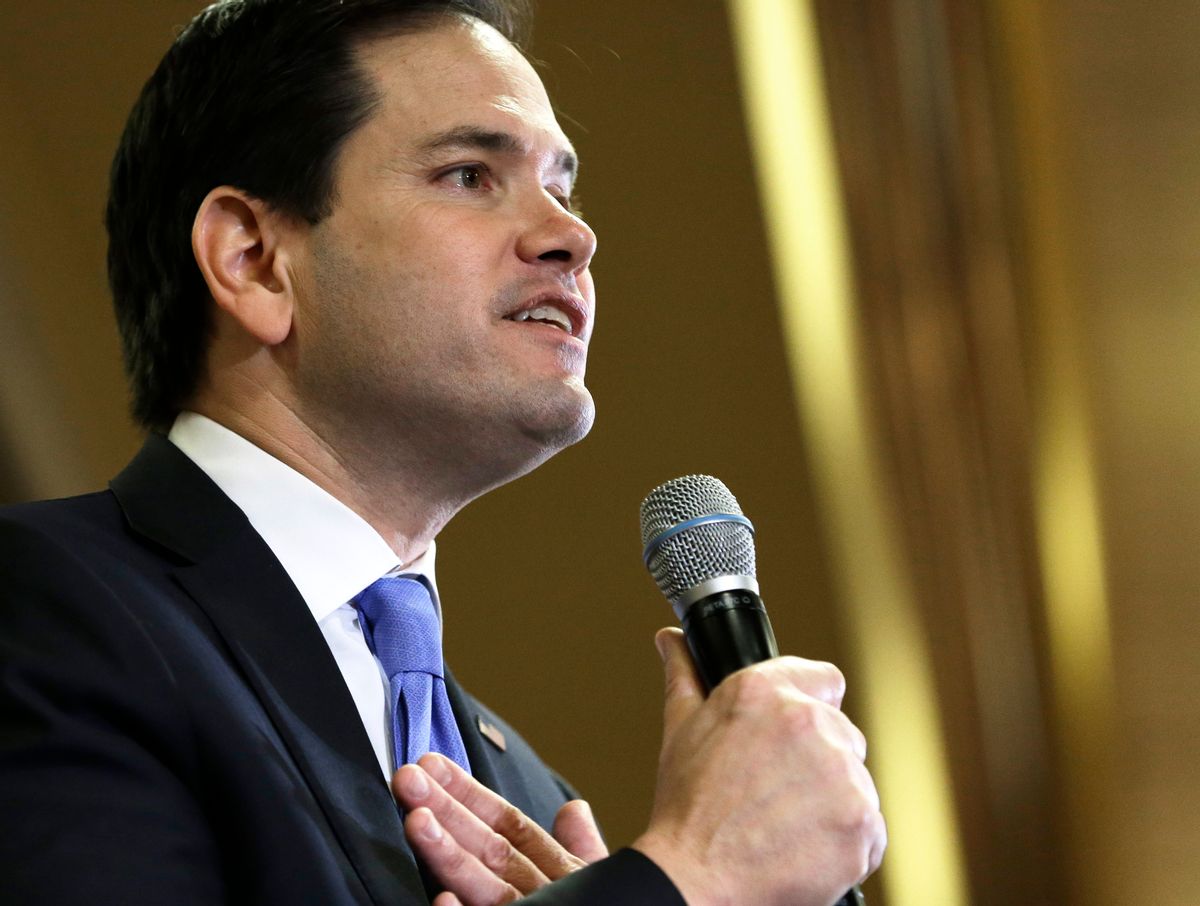 Whatever demon decided to possess the body of Florida Senator Marco Rubio has wit and clever to spare, as his withering commentary on Donald Trump's Horatio Alger narrative demonstrated tonight.

"If you hadn't inherited $200 million, you'd be selling selling watches on the streets of Manhattan," Rubio told Trump. Trump tried to counter by claiming that his father only gave him $1 million in start-up money, but Rubio's eye-roll and the audience's audible gasps clearly indicate who won that point.

Rubio also went after Trump's "fake university," saying "there are people that borrow $36,000 to go to Trump University, and they’re suing him now, and you know what they got? They got to take a picture with a cardboard cutout of Donald Trump."

The cardboard cutout of Donald Trump on stage next to him glared with utter incivility and demanded to answer the charge, but CNN's Wolf Blitzer felt it was time to move on.