My "party has gone batshit crazy," he said at the Washington Press Club Foundation Dinner 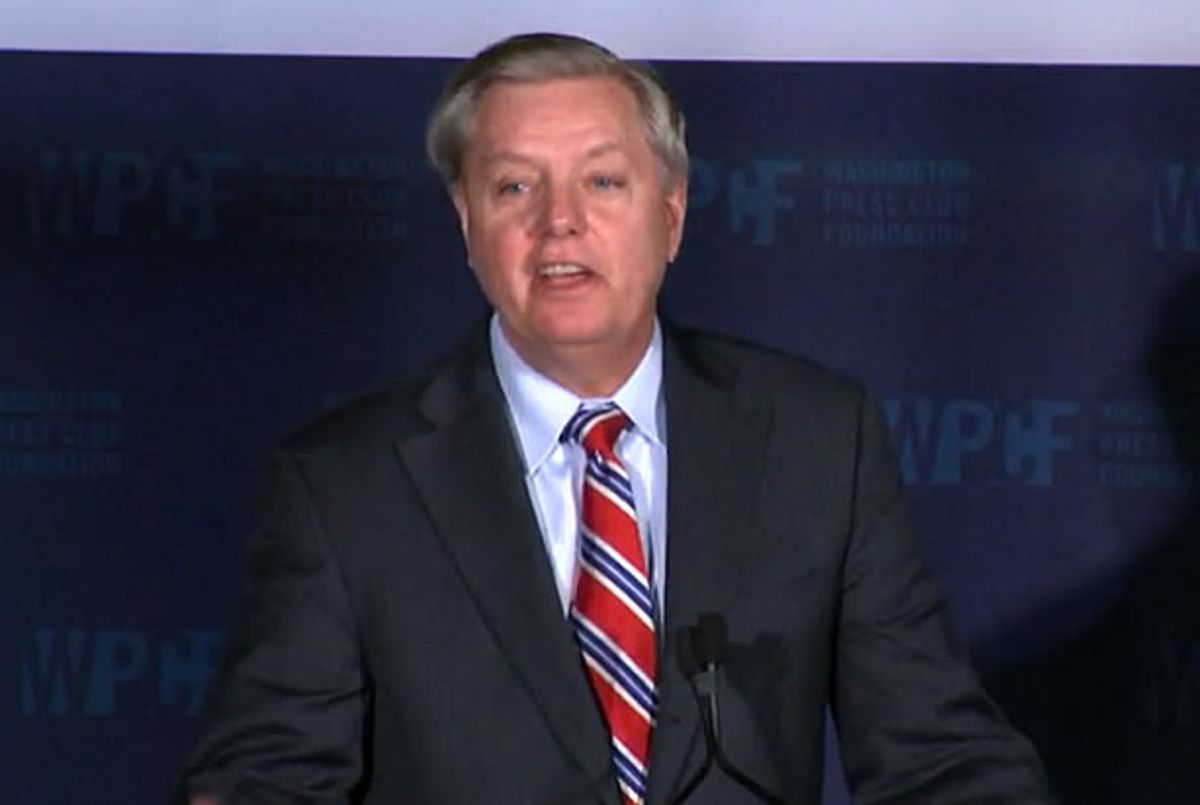 Speaking at the Washington Press Club Foundation Dinner Thursday night, Senator Lindsey Graham lit into his former opponents in the Republican primary, apologizing for the fact that they are all "batshit crazy."

"Look how far you’ve come, the most dishonest person in America is a woman, who’s about to be president," he said. "How can that be? My party has gone batshit crazy!"

He conjectured that if "you kill Ted Cruz on the floor of the Senate, and the trial was in the Senate, nobody could convict you," before adding that he knew "exactly when Ted is going to drop out of the race -- March 12th, [because] that’s Canadian week at Myrtle Beach."

However, he was careful to note that "our Canadian is better than your Kenyan."

But he saved his best material for his fellow Republicans. "The nice guy is Ben Carson,” he said. "He tried to kill his cousin, hit his mother in the head with a hammer. He’s the one we all like. How did I lose to these guys?"

Graham found it somewhat difficult to joke about front-runner Donald Trump, though, saying that "I don’t know how I can best describe Donald Trump, but I can say this -- I don’t think he understands what makes America great. I know I’m supposed to be funny. I’m not really happy about where the country is right now."

Watch highlights from his speech below via NBC News.