“I watched you repeat yourself five times five seconds ago,” Rubio said, practically howling with laughter 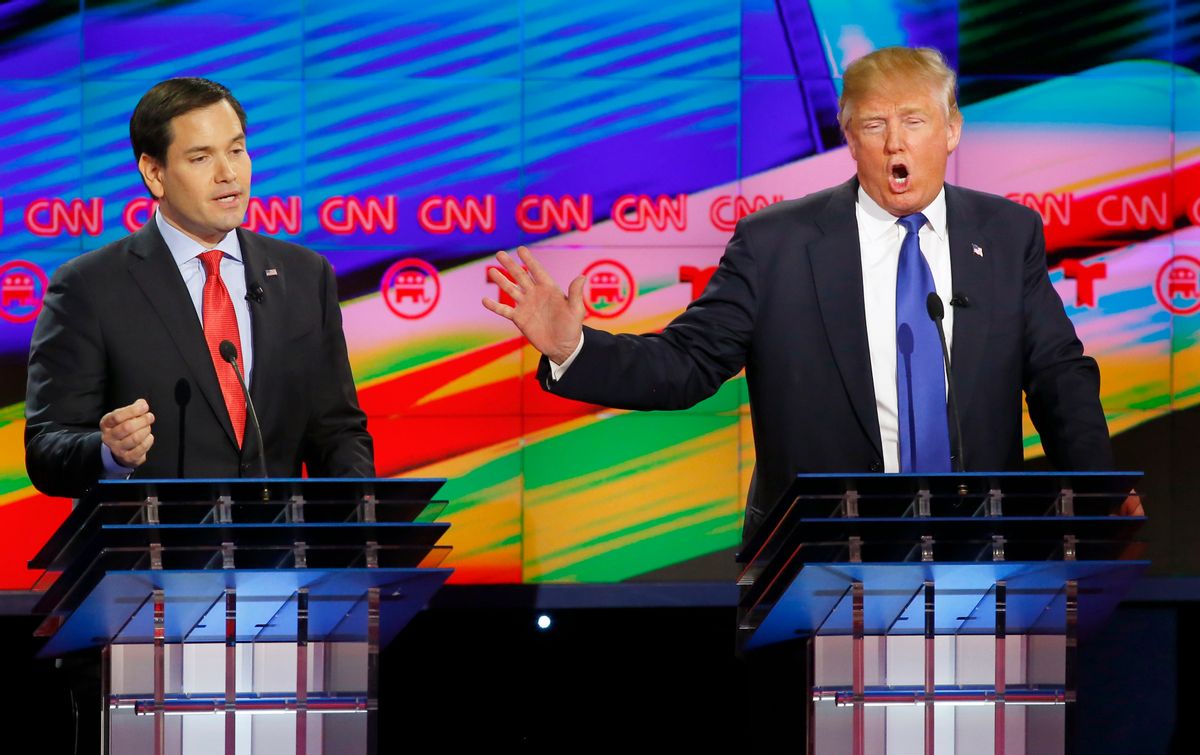 Republican front-runner Donald Trump loves to find a line and hammer, hammer, hammer it until the words mean as much as your own name does after you've repeated it to yourself 100 times -- and normally that doesn't hurt him.

But during tonight's debate, he wasn't repeating his own line, he was borrowing one of Chris Christie's from an earlier debate about the formerly robotic Marco Rubio's tendency to repeat himself.

"The biggest problem with him," Trump said, "is he doesn't understand anything! He doesn't know anything! I watched him repeat himself five times four weeks ago."

Trump insisted he has plans, to which Rubio replied, "he's just repeating himself."

"I don't repeat myself!" Trump said.

"I watched you repeat yourself five times five seconds ago," Rubio shot back. "He just says five things -- 'I'm going to build a wall,' 'we need to get rid of the lines,'" but the other items were drowned out by Trump shouting, "I saw him meltdown three weeks ago!"