The secretive International Order is steeped in the heritage of European nobility, the "royal hunt" and war 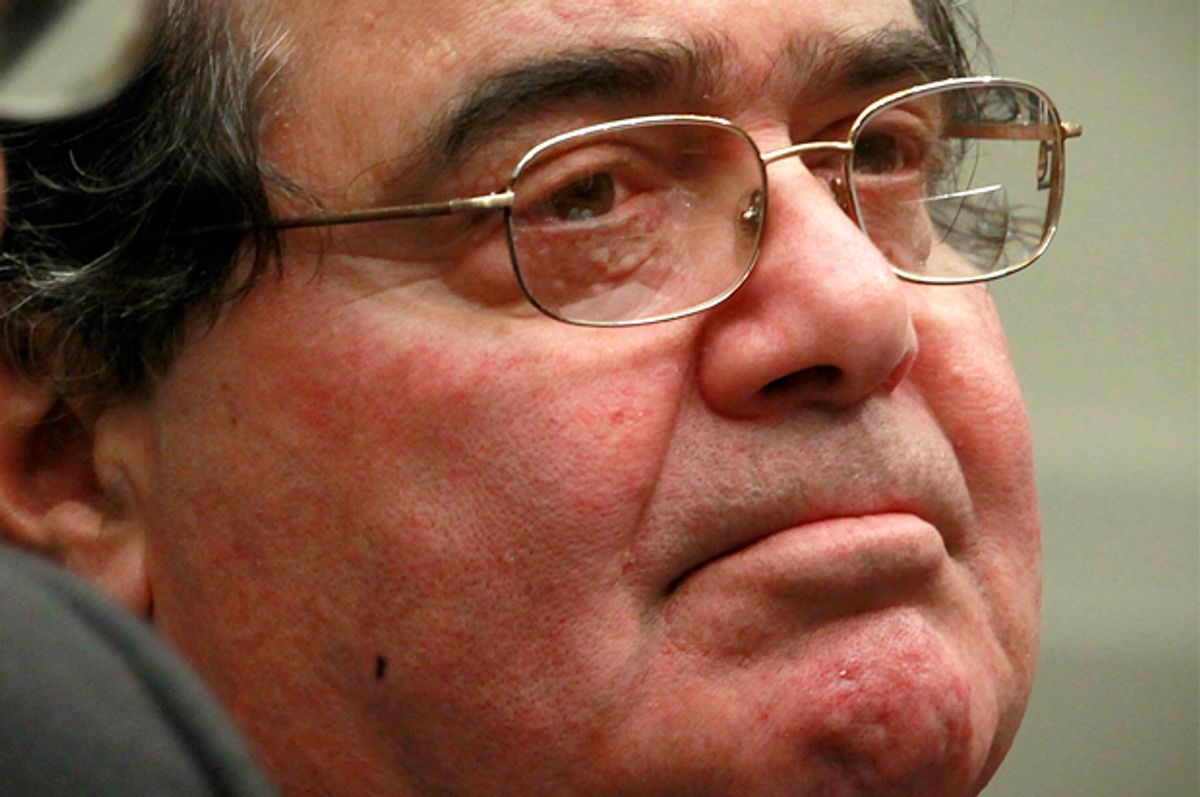 When Justice Antonin Scalia died suddenly on Feb. 13, he was at the Cibolo Creek Ranch in Texas, hunting for pheasant and chukar. It has now been revealed that he was in the company of 35 members of an “exclusive fraternity for hunters called the International Order of St. Hubertus, an Austrian society that dates back to the 1600s.” According to the Washington Post, the owner of the ranch, John Poindexter, and Scalia’s traveling companion are both high-ranking members of the group.

It sounds like a terrific setup for a conspiracy theory. But how secret can a society be if it has offices and a website? Its existence is out in the open. The tricky part is pinning down the names of its members. Was Scalia one of their official numbers? Probably not, given that the Order is “under the Royal Protection of His Majesty Juan Carlos of Spain, the Grand Master Emeritus His Imperial and Royal Highness Archduke Andreas Salvator of Austria and our Grand Master ... His Imperial and Royal Highness Istvan von Habsburg Lothringen, Archduke of Austria, Prince of Hungary.” In other words, the named ranking members are passionate about hunting to the point of folly. They also tend to be royal or, if American, officers in the military. I would not be surprised to learn that princes Charles, William and Harry are members. (Though Elizabeth I was renowned for her hunting skills, there don't appear to be any women in this Order.)

There are reasons for both the high level of social privilege as well as the commitment of its members to an activity that many Americans find both anachronistic and offensive. The Order’s motto is “Deum Diligite Animalia Diligentes” or “Honoring God by Honoring His Creatures.” No less quaint to modern ears is the affirmation that the “a true knightly order in the historical tradition.” So what’s the history here? Let’s start with the name of the order itself. Hubert (or Hubertus) was a French saint and bishop of Lìege in the 700s who took his story from Saint Eustace, who began his life as a Roman soldier named Placidus. As described in the Golden Legend, 1275:

So on a day, as he was on hunting, he found a herd of harts, among whom he saw one more fair and greater than the other… And [the hart] spake to him, saying: Placidus, wherefore followest me hither? I am appeared to thee in this beast for the grace of thee. I am Jesu Christ.

In medieval illuminations, the hart of St. Eustace/St. Hubert appears with a crucifix suspended between its antlers, which have 10 prongs to represent each of the Ten Commandments. This is the origin of the much-mocked “holy hunter,” who combines reverence for God’s creations with a (seemingly contradictory) love of hunting wild creatures.

Crucially, until the 19th century, hunting in Europe was traditionally restricted to members of the nobility who had the express permission of the king to hunt his land. This could cause resentment among nobles as well as the peasantry. For example, Forest Law was the central conflict in “Robin Hood,” as the merry men, starving peasants all, were forbidden to hunt the King’s forest, and so they resorted to poaching. We have nothing today that resembles the theologically saturated performance that was the royal hunt, which involved hundreds of men, horses and dogs for a protracted activity that was ceremonial, symbolic and limited to ten quarry animals: Five noble beasts blessed by God, and five “black beasts (bete noirs)” who were creatures of the devil.

Yet the truest of hunters wasn’t a saint, but Sir Tristan (or Tristram) of Lyoness, who was also the first and best of knights. To those who would "learn the art of venery or hunting," wrote George Turberville in 1576, “let him give eare, to skilfull Trystrams lore.” There are many versions of Tristan’s legend, but one of the oldest, an early 13th century German manuscript, devoted extensive passages to hunting lore. Sir Thomas Malory made most of those passages disappear in his celebrated “Morte d’arthur” ("Death of King Arthur"), first published in 1485. By the time the 19th century rolled around, Tristan was too busy reading poetry to his uncle’s wife, Ysolde, to go galloping after wild deer.

Notably, however, it wasn’t until the 17th century that the royal hunt was understood as a sublimated form of war. It was in 1695 that Count Franz Anton von Sporck founded the Order of St. Hubertus in what was then the Kingdom of Bohemia, now the modern Czech Republic. At this moment, I cannot independently verify what the “history” section of the Order’s website claims, but it affirms that in 1938, after Austria was absorbed by the German Reich, “Herman Göring demanded membership in the Order and executed the Grand Prior when he was denied.” Later, surviving members “were authorized by Halvor O. Ekern, chief political advisor of the US Armed Forces in Austria to use their sporting guns to provide winter food to the rural population, avoiding not only famine but helping to save the country from falling behind the Iron Curtain” after the end of WWII.

Göring was not only Reichsmarschall and founder of the Gestapo, but Jagermeister (or Hunting Master) during the Nazi era, and the Library of Congress has dozens of images on file documenting his enthusiasm for the activity. He was a good hunter but a terrible human being, and that the men of the Order of St. Hubertus would rather die than make him a member says something about their values. Once the Order of St. Hubertus was reinstated in 1950, the American diplomats and generals involved in bringing about the end of WWII were the first American members. In 1967, 1st Lt. Don Feeney (U.S. Army 7th medical brigade, 56th medical battalion) was stationed in Germany, and each battalion had an officer assigned to interact with the local authorities. Among other things, Lt. Feeney had to work with the forest manager to compensate locals for damage after American military maneuvers. He eventually received permission to shoot two deer, but never undertook it, as it was simply too different from American practices. What he described was more a cull than a hunt, as he was to shoot two aged bucks that the forest manager had specified, and under his supervision. The following year, in 1968, George Wood founded the first American branch of the Order of St. Hubertus.

1950 is not that long ago, but the world has drastically changed. Today, the International Order of St. Hubertus asserts that its members are also wildlife conservationists. Again, it is difficult to interpret this without additional material to assess, but it is also the case that ethical hunters are, in fact, dedicated to preserving the wildlife as well as the wilderness. That desire to preserve nature was what prompted the Great White Hunter himself, Theodore Roosevelt, to create the National Park system. One crucial difference is that Scalia was not "in nature" but at the Cibolo Creek Ranch, which offers hunting as an activity for all of its guests, not just nobles. (What its website describes is a drive, not a canned hunt, so requires shooting skills but not expert hunting abilities.) Today, the human relationship to nature and animals is very different from what it used to be three centuries ago. What hasn’t changed, alas, is the human tendency to war.