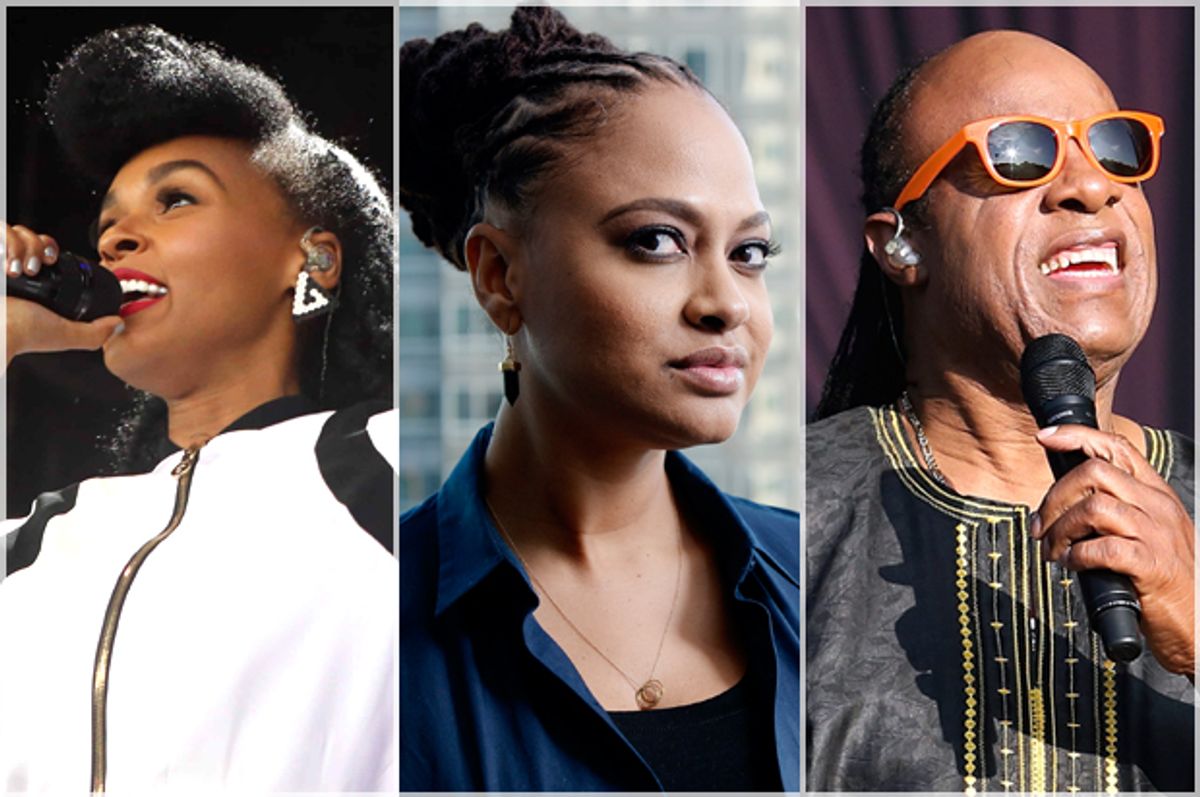 It’s easy to denigrate artists as self-indulgent pansies. From Plato’s Republic to H.G. Wells' modern Utopia, literary visions of a perfect world have routinely shed the “useless” artist in favor of the practical artisan.  We don’t need painters to survive. Not exactly. But society devolves very quickly once the artists are gone. Come the Apocalypse, and musicians, dancers, writers and artists of every shape and stripe will simply have vanished from the dystopian landscape. Try finding a guitarist among the living in “The Walking Dead,” a poet (as opposed to a writer of doggerel) in "The Hunger Games,” or anyone attempting visual art in any sci-fi fantasy produced in the 21st century. It’s not because artists are wimpy creatures unable to withstand the hardship of honest labor. It’s the opposite. In every society, true artists are radicals. The word "radical" means “going to the root, to the origins,” with the goal of rooting out rot and seeking fundamental change. Dystopia is what happens when governments decide it’s easier to execute the artists than listen to what they have to say. In other words, dystopia isn’t the opposite of utopia. It’s the natural outcome of seeking perfection for perfection’s own shallow sake.

At the Oscars award ceremony, I saw actors of many kinds participating in a culture of compliance in exchange for fame, money, power. I beheld couture dresses, bespoke suits, and lips moving as rehearsed words fell out. A sea of smiling faces as director Alejandro G. Iñárritu, bless him, earnestly accepted his Oscar for best director with a speech that boiled down to a plea for colorblind casting, even as the music cueing him off the stage was that most stirring of Nazi anthems and Hitler’s musical obsession: Richard Wagner’s “Ride of the Valkyries” from the opera "The Ring of the Nibelung." My jaw dropped. Here you have the one guy at both the 2015 and 2016 #OscarsSoWhite nominated for a major non-technical feature film award who wasn’t one of the Aryan tribe, and the producer picked the soundtrack of the Third Reich to drown out his Pollyannaish views on race?

The in-house audience kept smiling, oblivious to the intensely (white) nationalist meaning of the music.  But musicians heard those sweeping strains and understood what they meant. Artists remember things like the anti-Semitic symbolism baked into an opera about the mythic origins of the German Fatherland and the rise of the übermensch. However, artists weren’t at the Oscar awards ceremony, a red-carpeted room packed instead with many performers. The artists were on the other side of the country, putting on a concert to raise money and awareness for the people of Flint, Michigan. The people whose impoverished, majority black community has already fallen out of the news cycle. The people who still don’t have clean water. The people whose children who are forever poisoned, forever changed, forever damaged in innumerable ways by a government that failed them. Those people.

The contrasts between the two events were stark. Organized by directors Ava DuVernay and Ryan Coogler in conjunction with the advocacy group #BlackoutForHumanRights, #JusticeForFlint seems, at first glance, like a giant FU to the Oscars.

“A lot of these people [in Flint] care nothing about these Oscars and it’s not their world,” DuVernay told the Hollywood Reporter. “When it came up that this was a possible date it felt wrong to say, ‘No, guys. Let’s not do this date because there’s something happening in L.A.’”

Something. It’s not that the Oscars don’t matter. They do. It’s why #OscarsSoWhite has grabbed headlines for weeks. Big, serious Hollywood films are the last vestige of the Commons, a grand unifying event that we can point to and ask a stranger in the subway, “Did you see this?” And the answer may well be yes. These films provide cultural touchstones shared by millions, with the Oscars reifying the normative values of the U.S. Right now, those values look willfully fun-house mirror white, even as the demographics in the U.S. continue to shift.

Even if many Americans didn’t watch the Oscars and profess not to care, it is still dominating today’s headlines. Why? Explains game theorist and political scientist Michael Chwe in an email to me: “For rituals like the Academy Awards and the Super Bowl, we tune in not because of the ‘content’ but simply because we want to know what other people know.” Knowing what other people know is the essence of common knowledge, Chwe explains. Deciding what belongs, and what doesn’t, is how we shape the unspoken understandings that are the bedrock of a common culture.

Compared to the media blitz devoted to the Oscars, few reporters covered the star-studded event that was #JusticeForFlint, for what took place last night in Flint, Michigan, wasn’t commercial spectacle, but art in the name of social justice. The event stands in and for itself, neither defined by nor made relevant in contrast to the celebrity behemoth that is Hollywood. “At the heart of it,” Jamil Smith wrote, “the evening was about not just making Flint more visible, but more human…. #JusticeForFlint event humanized those affected not by exposing their lives to some documentary exposé or political show: I allowed us to share their joy via livestream as they joined in a spiritual embrace, what Coogler called a ‘group hug.’”

Monáe and others delivered the kinds of performances that have made them stars, but what got my attention were the faces of the people of Flint, shining in the settling darkness as they listened. I saw eyes glistening with unshed tears and arms upraised to the heavens, emotions tugging at the edges of lips set hard against the grim. I saw hope in faces furrowed with anger and pain, and I heard the sound of huge hearts breaking in compassion for their terrible plight. These artists didn’t come to Flint so their egos could be served. They raised their voices so that the people of Flint could be heard and, one by one, ordinary people took the stage to bear powerful witness to what had happened to them. To what is still happening to them. To what is happening around the U.S., for Flint isn’t the only community where lead levels in water are unsafe.

“The reality is we all need water. That’s a human right,” Stevie Wonder said. “And it should be clean water! One requires accountability. If it goes down bad, someone’s gotta go.” The event's modest goal was to raise $100,000 for all the people of Flint. The monetary value of a single swag bag at the Oscars? $204,000.