Like the fascists whose quotations he admires, Trump will do anything to make his country great again 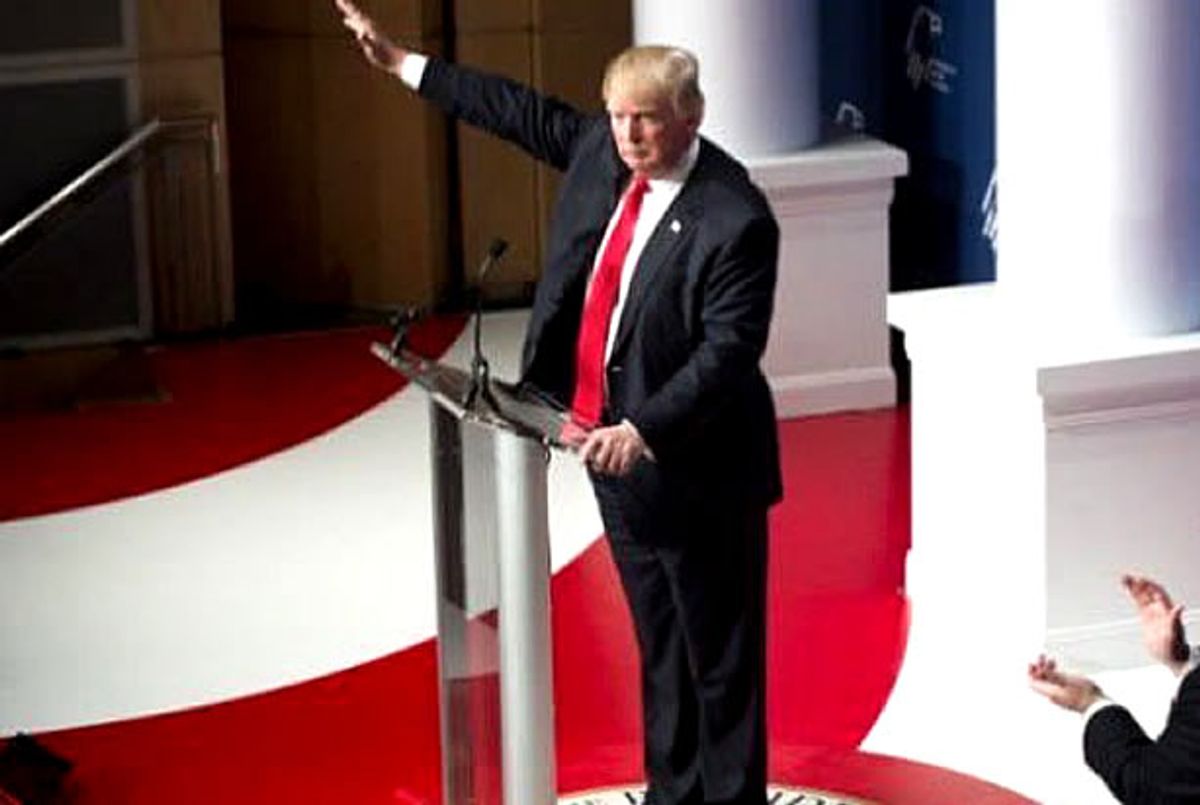 In an article published in Rolling Stone today, Aleksandar Hemon recounts how the rhetoric that characterized Yugoslavia on the eve of its demise resembles what he hears coming from the campaign of Republican front-runner Donald Trump.

He noted how "Vojislav Šešelj, a former dissident turned leader of the Serbian Radical Party, staunchly commited to making Serbia great again" once boasted on Serbian television that his supporters were devoted to slitting men's throats in a very particular fashion: "We have new and improved methods," Hemon recalls him saying, "now we slit throats with the shoe [horn], and rusty too, so an autopsy can never establish what killed the victim, the slit throat or tetanus."

Hearing Donald Trump praise General Pershing for dipping bullets in pig's blood before using them to shoot Filipino "terrorists" fighting what they considered a United States occupation of their country reminded Hemon of those heady days before Yugoslavia's demise. So, too, did Trump's defense of a re-tweet he published from a satirical Gawker account that turned out to be from Italian fascist Benito Mussolini: "It is better to live one day as a lion than 100 years as a sheep."

This wouldn't surprise Hemon, who writes that such fascists are "a natural Trump ally, belonging to the same global tribe of rabid nationalists and racists," before issuing a stern warning to the American voters.

"In my irresponsible youth, I dismissed Šešelj's murderous bluster as pathological, if entertaining, buffoonery. But his entertainment value reached zero as the war reached its full potential and spread to Bosnia, my homeland, where Šešelj's followers would eagerly slit many a Muslim throat."