“This Oscar is going home in a Honda Civic”: Louis C.K. steals the show with a real tribute to an unloved category 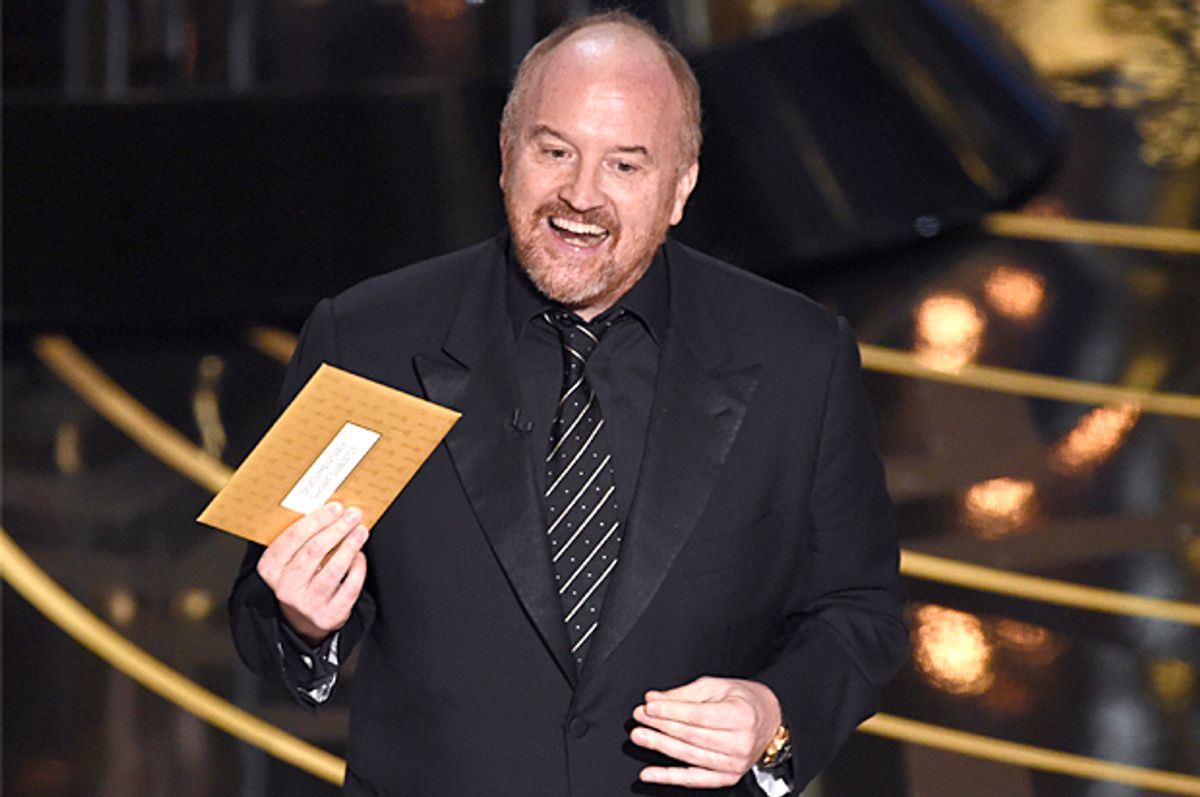 Louis C.K. presented the award for best documentary short film at tonight’s 88th Academy Awards, and in a show characterized by stilted bits that no one can infuse with life or warmth, C.K. managed to bring a moment of authentic appreciation to a easily overlooked category—those short documentaries that, as he observed, are almost always passion products.

“This is the one academy award that has the opportunity to change a life,” he said. “I’m happy for all of you,” he continued to the crowd of luminaries in the Dolby Theater in Los Angeles, “but you came here winners and you’re leaving millionaires.”

“These people—this is documentary short film,” he said. “It’s not even documentary feature.” Recognizable names like Al Gore and Michael Moore have won those, he pointed out. But with Documentary Short Film, “You cannot make a dime on this. These people will never be rich for as long as they live. So this Oscar means something. All they do is tell stories that are important.”

C.K.’s career has largely been on television, but for several years he’s made waves with his fans through bypassing traditional industry routes in order to fund and distribute his work. He’s doing this right now with a new drama, “Horace And Pete,” starring himself, Steve Buscemi and Alan Alda, which costs $5 for each episode of a genre-bending homage to Eugene O’Neill’s plays. To me, as someone familiar with his work, his words on documentary filmmakers seemed to come from a sense of similarly felt passion for his own art.

C.K. concluded, “This Oscar is going to be the nicest thing they ever own in their life. It is going to give them anxiety to keep it in their crappy apartment.” C.K. has many golden statuettes now, but he won his first back in 1999, with the rest of the writers on “The Chris Rock Show.” Maybe he felt exactly the same way about his.

Before joking that this award, like several earlier in the night, was going to go to “Max Max: Fury Road,” C.K. announced the winner—"A Girl In The River: The Price Of Forgiveness," about a Muslim honor-killing, by Sharmeen Obaid-Chinoy. She has one previous Oscar, for "Saving Face."