He has been talking about abridging First Amendment rights since last Friday, after all 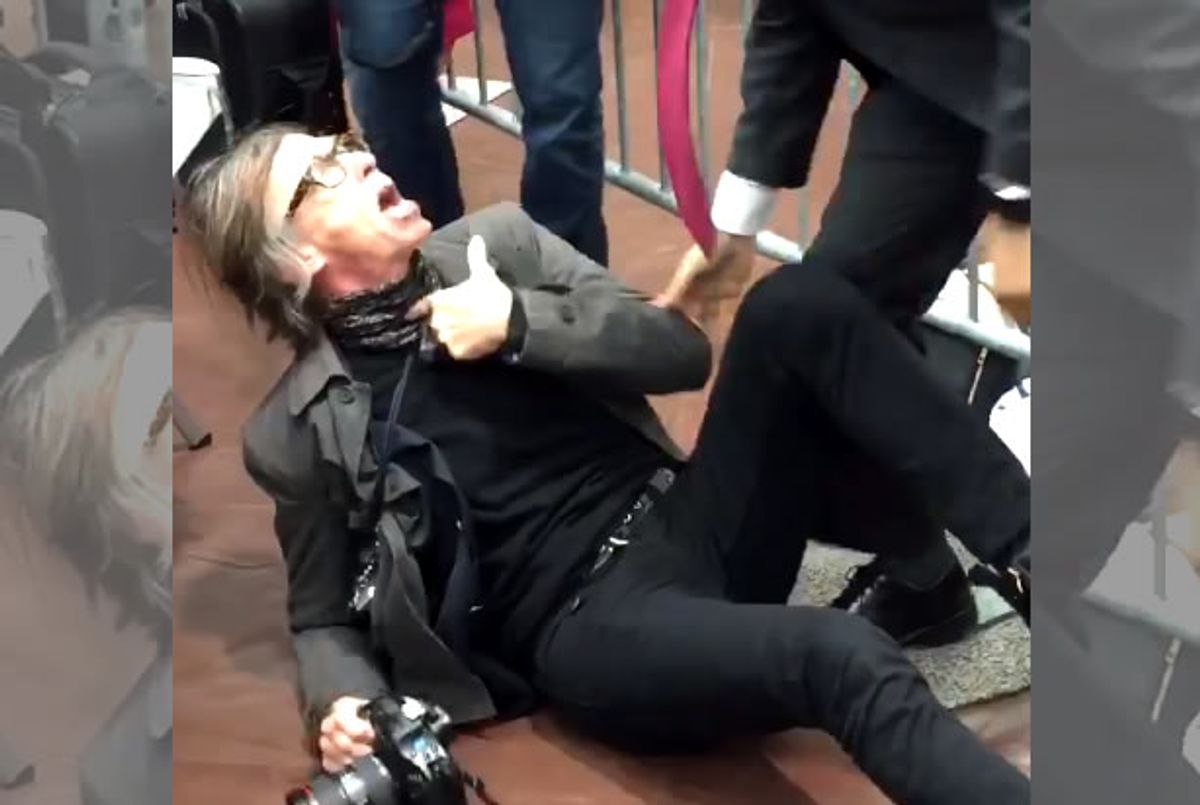 Donald Trump's rally at Radford University was interrupted on multiple occasions by protesters -- many of whom were egged on by the candidate himself, who asked questions before shooing them away with an "out, out, out now" as security escorted them from the premises.

Given how Trump has increased the intensity of his criticism of the press since Friday -- arguing that it would in no way abridge free speech if libel laws were expanded to allow a person to sue anyone he or she believed had lied about them -- it's not surprising to see members of the journalistic community increasingly antagonized at Trump events.

Here is footage of the attack:

As well as speculation as to the identity of the photographer in question:

Video of the entire rally can be viewed below via Right Side Broadcasting.