Your 2016 Oscars in GIFs: Watch Jacob Tremblay geek out over "Star Wars" droids and more 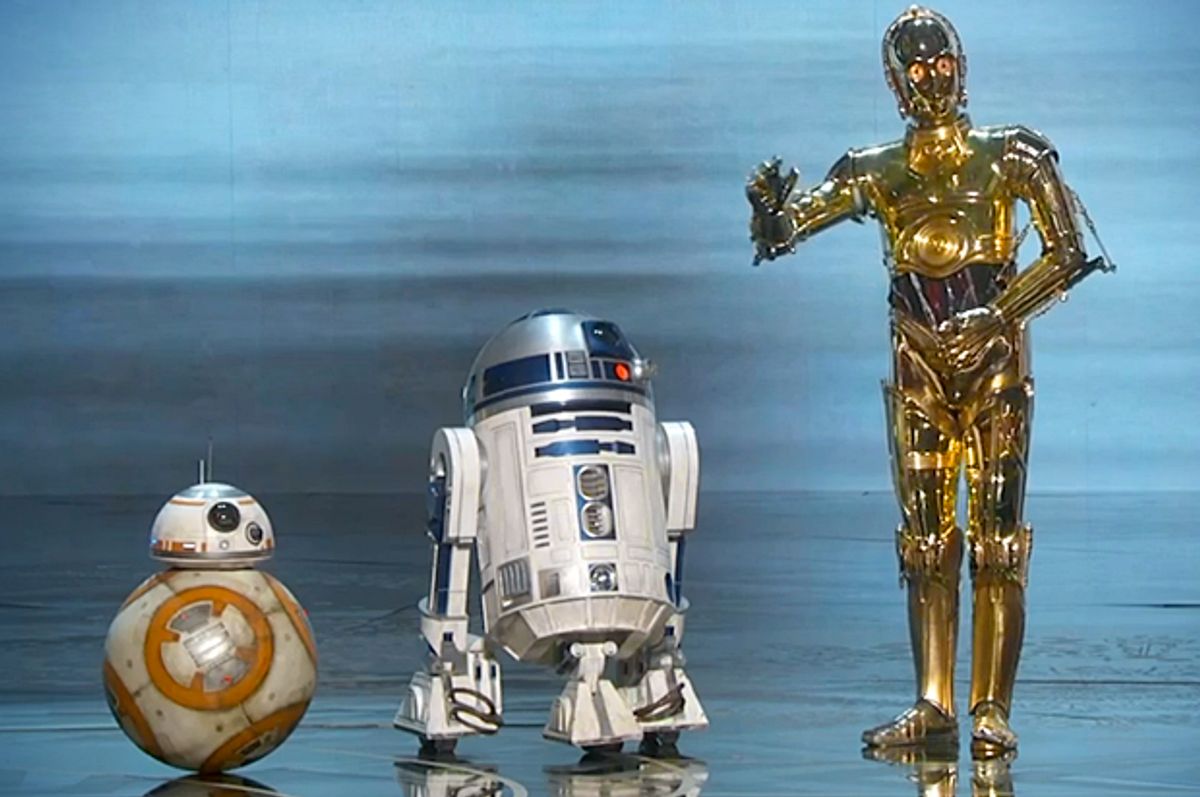 Another year of whitewashed Oscar nominees will hopefully (but unlikely) bring about changes to the industry and its highest awards. One thing, however, will never change: A-list crowd reactions will continue to be magical.

This year was especially reaction-worthy with Chris Rock landing more blows than Creed.

Perhaps the most bizarre moment of the night was "Clueless" star Stacey Dash's brief self-deprecating cameo as "director of our new minority outreach program."

A brilliant pre-taped sketch featured black actors in the roles of white Best Actor nominees. A standout in the sketch was SNL cast member Leslie Jones, who broke the format to play the bear that mauls Leo DiCaprio to death in "The Revenant":

And if you're controversy-averse, here's the hands-down most adorable moment of the night, when Jacob Tremblay (of "Room") -- who wore "Star Wars" socks to the ceremony -- craned his neck to watch the droids R2D2, C-3PO, and BB-8 make an on-stage cameo:

Mark Ruffalo may not have taken home the hardware for his supporting role in "Spotlight," but he walked away with something arguably more important -- our hearts:

And the most poignant moment of the night followed Lady Gaga's performance of "Til It Happens to You," when several sexual assault survivors joined Gaga onstage: