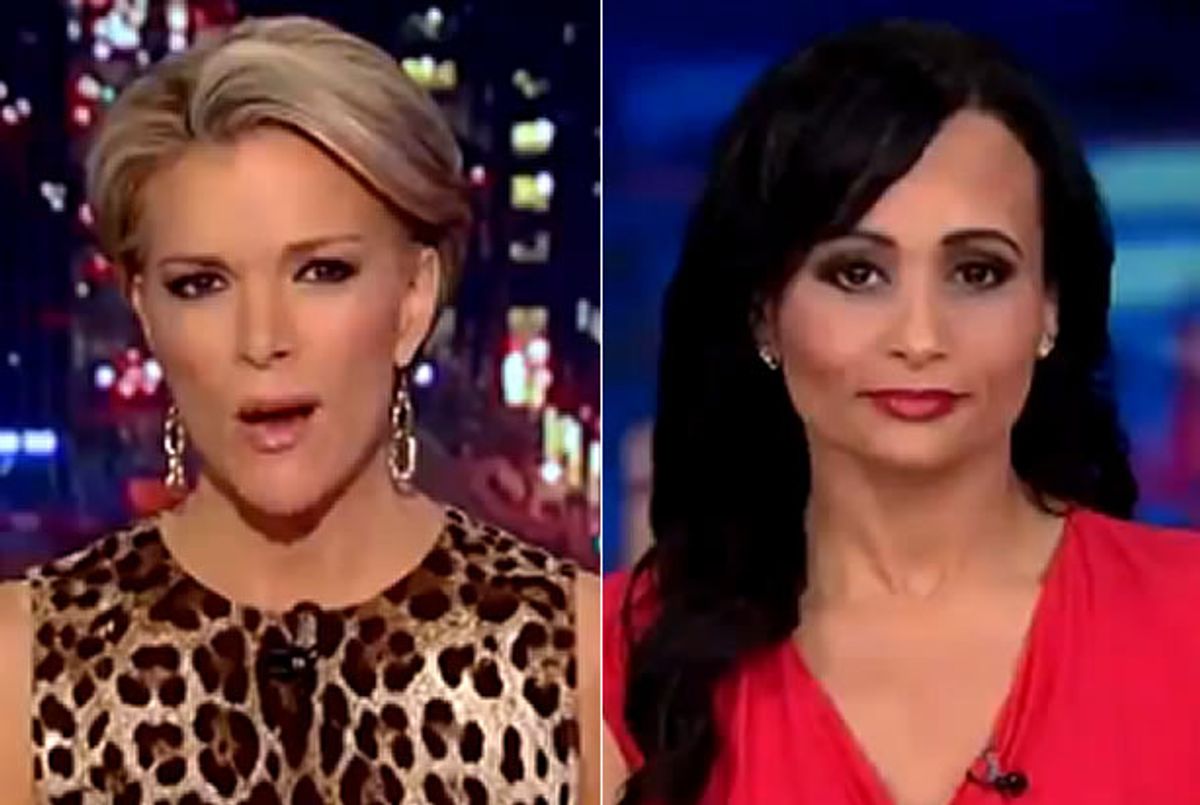 On "The Kelly File" Monday night, host Megyn Kelly spoke to Donald Trump spokeswoman extraordinaire Katrina Pierson, who continued her vain effort to claim that her boss didn't say what he clearly what said to Jake Tapper Sunday morning.

"What I don't understand," Kelly asked, "is why he just didn't disavow David Duke in that second interview?"

Pierson repeated the party line, claiming that Trump had a defective earpiece and wasn't able to hear Tapper's question -- which, of course, raises other questions that the campaign has not addressed, such as "Why didn't Trump just ask Tapper to repeat the question instead of barreling ahead with a canned answer?" or "If he doesn't quite understand what Vladimir Putin is saying, will he ask the Russian president to repeat himself or throw America into a nuclear conflict over a simple misunderstanding?"

Pierson continued, saying "I have to agree with your colleague Bill O'Reilly about this, that it's a 'non-issue.'"

"With all due respect to Bill," Kelly replied, "he doesn't get to decide that -- the voters do."

She then noted that she went back and checked the tape, and said Tapper asked Trump "Will you unequivocally condemn David Duke and say you don't want his vote, or that of other white supremacists in this election?"

His response, Kelly said, was "I don't know anything about David Duke, I don't know what you're talking about with white supremacists," which to her mind indicates that Trump is lying when he said he had a faulty earpiece, given that he repeated back to Tapper all the elements of his question.