Please give Samantha Bee "The Daily Show": They squandered Jon Stewart's legacy by giving the show to the wrong host

"The Daily Show" could have chosen Samantha Bee to replace Jon Stewart. They chose Trevor Noah instead. Oops 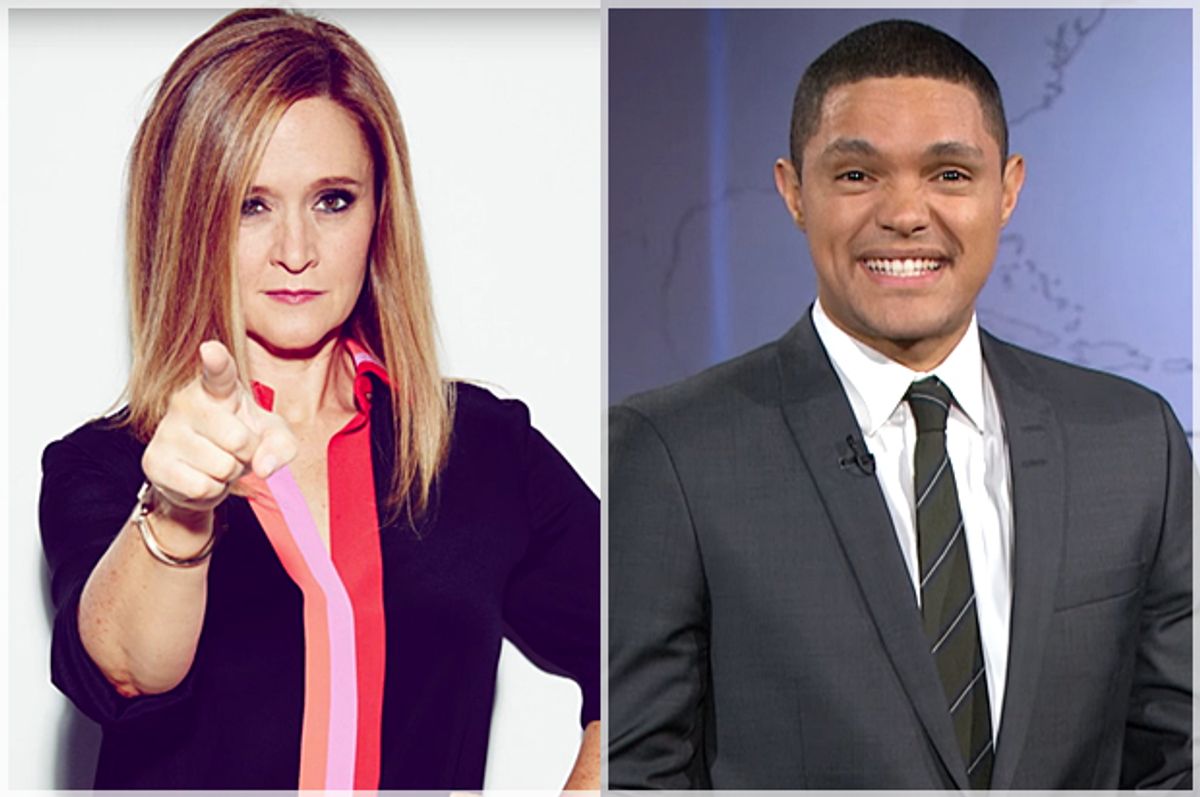 An earlier version of this story credited Elliott Kahan as a writer for the show; he does not work on "Full Frontal"

A decade ago, former President George Bush (the tall awkward one) staged one of the strangest and most memorable scenes in recent political memory. Speaking before the Florida Legislature, Bush the elder began weeping, rather uncontrollably, as he recalled how his second son, Jeb, had lost an election as governor 12 years earlier.

The psychological back story to this moment was painfully obvious. Bush the Elder had gotten all choked up because Jeb’s loss had foiled his grand scheme, which was to see Jeb elected president in 2000, rather than his ne’er-do-well big brother, George W., who had (as you’ll recall) joy-ridden America into a ditch by 2006. The old man was mourning the impending death of the Bush dynasty.

I know it’s a weird and inexact association, but I kept thinking about this clip as I considered the recent fortunes of "The Daily Show." I couldn’t help imagining that somewhere high up in Comedy Central headquarters there’s an executive sobbing with the same intensity as old Poppy Bush. Because over the past month it’s become painfully obvious that "The Daily Show" squandered its shot at a political comedy dynasty by betting on the wrong host.

They could have, and should have, offered the gig to their brilliant and longest-serving correspondent Samantha Bee, who had supplied the show 12 years of sidesplitting dispatches. But they never even asked her.

Instead, they went with Trevor Noah, an affable South African newcomer who had appeared on the program a grand total of … three times. I will refrain from calling this a crying shame; it’s more like a damn shame.

Trevor has, thus far, laid a well-intentioned egg. In the midst of a bizarre and bloated political pageant that begs for satirical puncturing, he’s made "The Daily Show" something worse than unfunny. With the exception of an occasional home run, he’s made it irrelevant.

Meanwhile, Bee’s "Full Frontal," which debuted earlier this month on TBS, has become an instant phenomenon. And not because Bee is the first female tapped to host a late-night comedy program. Because she is, thus far at least, the smartest and funniest.

Her success surely has a lot to do with her talented and diverse writers’ room, which is anchored by “Daily Show” alum Jo Miller. (It says a lot that she chose to team up with Bee and her comedy partner/husband, fellow "Daily Show" all-star Jason Jones, rather than stick with the proven franchise.)

But it’s Bee herself who has made the first two episodes of "Full Frontal" such a revelation.

As a correspondent, Bee has the ability to throw herself headlong into the field, as she did so often at "The Daily Show," while retaining the instincts of a critic who can pinpoint the tragic ironies of whatever scene she’s trolling.

Her two-part series on the jingoistic hysteria surrounding Syrian refugees was an explanatory journalism tour de force, one that laid waste to the nativist rhetoric of the Republican presidential candidates, and the alarmist media that certifies their scare tactics. Bee led viewers through the elaborate screening process refugees endure, and traveled to a Syrian refugee camp, to give the crisis a human face. Her outrage was the byproduct of thwarted pathos.

At the other end of the spectrum was a mind-blowing Werner Herzog-style documentary on Jeb Bush’s doomed candidacy, which managed to capture, as no other media outlet has, the wrenching futility of his run.

But the heart of the show resides in Bee’s high-octane tirades as a host. Like Stewart, her central aim is to rail against the garish dysfunction of our media and political class. But even more than Stewart, she radiates a palpable disgust at the blithe corruption of our politicians and pundits—and she does so from the perspective of a feminist tired of seeing her gender bullied by penised morons.

That was just the first three minutes. Bee went on to show a montage of the ensuing Republican Presidential Debate/Hissy Fit, during which Donald Trump praised Planned Parenthood and blasted the Iraq War, and the lies used to justify it. These disorientingly sensible positions sent Bee into a full meltdown.

The most striking aspect of this monologue was the speed and accuracy of Bee’s observations. Her hit rate (i.e., the number of laugh lines she was able to generate per minute) rivaled Stewart on one of his best nights.

Bee has what her old boss had: an authentic sense of moral rage. Watching her fume and fulminate, one senses that she’s not cracking jokes just to win laughs, but to keep herself (and us) from going insane.

This is what made Stewart so alluring to so many viewers. He was able to use his bemused Everyman shtick to confront the heartbreaking decay of our democratic institutions. We wanted to see his wit and his conscience at work on the problem of our civic dysfunction. We wanted his take.

Viewers don’t want Noah’s take. More precisely, he doesn’t have a take. He has a series of clever quips, delivered in a genial and telegenic manner. There’s no genuine sense of distress in his approach. His barbs aren’t barbed.

Perhaps this has something to do with Noah being an import from South Africa. But Bee, who is in fact Canadian, radiates the impatient contempt of a citizen who feels betrayed by America’s leaders and its vapid, cynical press.

She is smirkier in her delivery and far less conciliatory—more rabid dog than hangdog. Unlike Stewart, who too often sought to avoid conflict, Bee is spoiling for a fight. (Her gift for breezy ad hominem is not to be overlooked here. Consider her special pet name for Trump: Creamsicle.)

Bee is also far more adept at articulating the peculiar frustrations of women living in a country still ruled by patriarchal privilege. There’s a palpable sense of danger in her jeremiads, a bristling disgust at the mostly unexamined manners in which women are continually treated like social and electoral chattel.

Consider her treatment of the unfortunate Kansas state lawmaker who proposed a dress code for women. Bee not only chided his meager legislative achievements, and the broader fiscal mismanagement of his state, she critiqued his “skeevy facial hair.” In a direct address reminiscent of Stewart's meet me at camera three moments, Bee told the legislator, “You don’t get to regulate what people wear to work … If I get distracted wondering whether that yellow stain around your mouth is whiskers or just the lingering impression of a glory hole, that’s my problem not yours.”

It was a moment of astonishing vulgarity, but one that laid bare what it feels like when the misogynistic privilege that allows men to judge and regulate women’s bodies and attire gets turned back on them.

In a world of “feminist icons” that flounce around like fashion models (Taylor Swift) or pimp Bud Light for big bucks (Amy Schumer), Bee represents a return to the defiant values of second-wave feminism. She doesn’t want to join the boys club. She wants to burn it down.

In other words, Bee displays all the same qualities of rhetorical and social fearlessness that she brought to her "Daily Show" segments. Had "The Daily Show" recognized her genius, we’d still be talking about that program. But they didn’t.