Poor, desperate Ben Carson: "At some point, the people have to wake up — but when is that going to happen?" 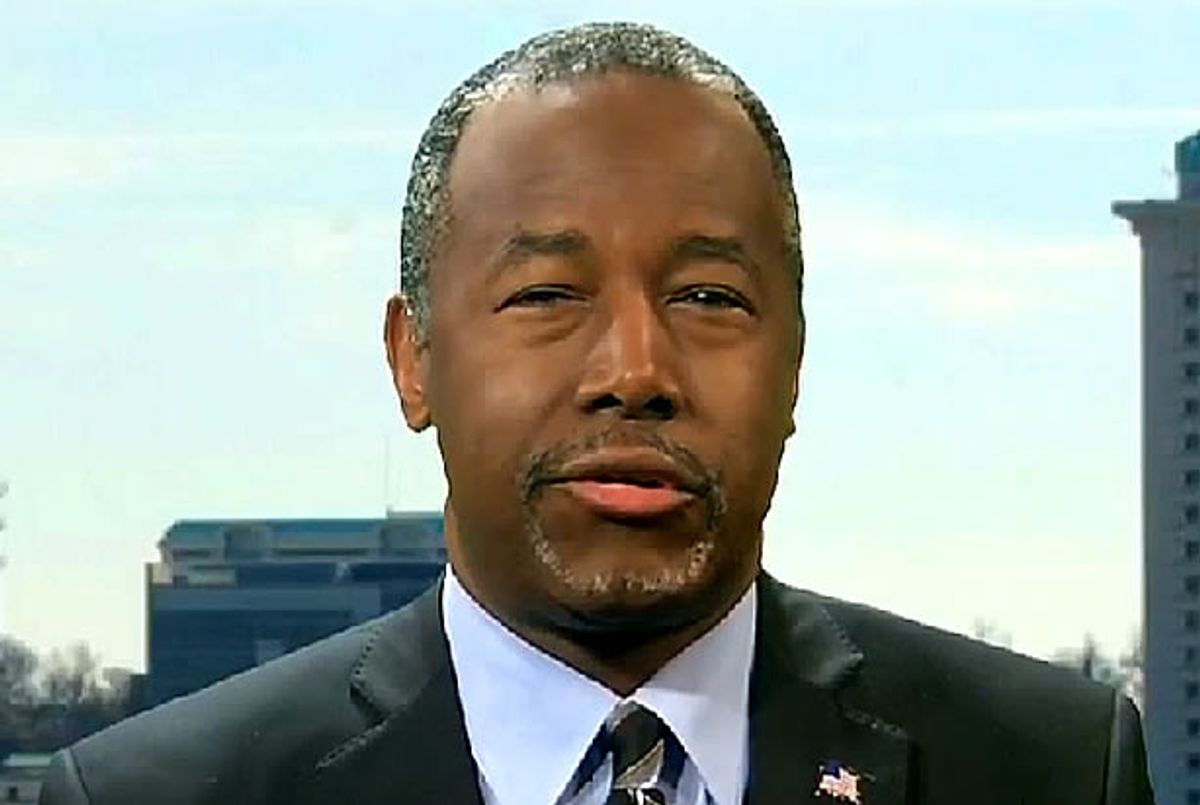 Retired neurosurgeon and long-shot Republican hopeful Ben Carson went on "Fox & Friends" this morning and said that he would not exit the race because he has many followers on social media who insist that he's their only hope -- "at some people, the people have to wake up," he said, before asking with as much emotion as he's capable of, "but when is that going to happen?"

"It's sort of like you've got everything that you want [politically] right in front of you," he said, referring to himself as a non-politician in the GOP primary, "but you can't recognize it until it's too late." By that logic, he's committed to staying in the race "until it's too late," just in case the Republican base eventually "wake[s] up" to the horrors of a Trump nomination.

Co-host Brian Kilmeade then cut to a clip of Carson talking after one of the earlier primaries in which a real-time chart of his approval rating was superimposed over his face. Kilmeade noted that among Republicans and independents, the more he spoke the more they liked him.

Watch the entire sad display below via Fox News.