"The final delegate was assigned by drawing cards": Inside the absurd, headscratching mess of the Nevada caucus

Last month, I was a precinct captain for Bernie Sanders in the Nevada caucus. Here's what it was like 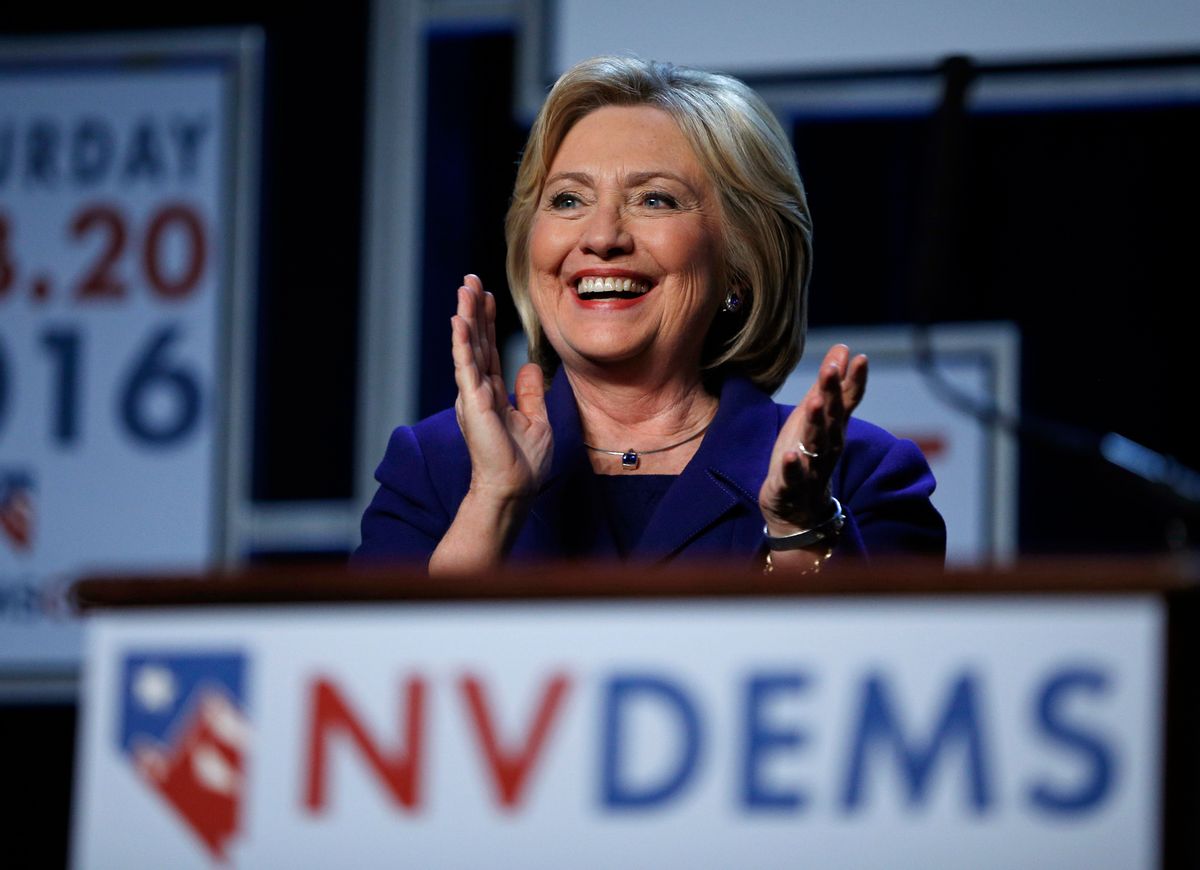 A young Sanders supporter I know missed the Nevada Democratic caucus because she had to work. In precincts across the state, the young, poor and politically marginalized were driven away from the caucuses, and it was by design. It’s no wonder Hillary Clinton squeaked out a win. The event, which I participated in, took almost three hours on a Saturday, and more than half the people at the caucus were bored or frustrated by the event. There were long lines to check in and the process itself was flawed from the moment of conception. Despite calls about cheating or fraud, there was nothing nefarious about it; rather, it was purposefully built to be stupid and inefficient.

I volunteered to be the Bernie Sanders precinct captain at my caucus location in Reno. Our precinct ended up as a tie of 4 delegates each for Clinton and Sanders. Because of the tie, the final delegate was assigned (as is Nevada tradition) by drawing cards. It so happened that my daughter was standing with my wife in the Hillary Clinton group, and my son was with me caucusing for Bernie. With one of my kids on each side of the divide, they were selected to draw. My son outdrew my daughter by a six of clubs to a five of spades, giving Bernie the delegate. Even when the process works, it’s an anachronism better suited to the Wild West than reality, and our precinct was far more organized than most. We were out far sooner than many other precincts in the city.

The caucus process is designed to maximize the power and control of and by the parties. The system isn’t so much broken as it is designed for manipulation. In this day of tablets, computers, and ubiquitous internet connections, the idea of meeting your neighbors in an empty schoolhouse on a Saturday is silly. But it does ensure that a few party loyalists can warp the process, if only by driving away more people who would be otherwise inclined to vote.

This is not my first experience with a broken caucus process. In Nevada in 2008, the caucus led to a libertarian takeover of the Republican Party in Nevada. Ron Paul supporters simply followed the easily manipulated rules and garnered enough votes to win. When they made their move, the GOP leadership turned off the lights and left the building.

This time around, there has been much discussion by Nevada insiders, especially political reporter Jon Ralston, about Harry Reid’s behind the scenes assist to the Clinton campaign. The fact is that Hillary and Reid played the system, even if they didn’t exactly cheat. This ugliness is all you need to know about the process, and no matter who got the delegates, we are all losing because of the inherent dishonesty of the system.

The caucus in Nevada was bad. No question. But the two-party system itself has become a threat to democracy. For evidence I offer the existence of “super delegates,” often unelected boot lickers who can choose to support whomever they want, no matter the will of the voters. This is a reality in the Democratic primary, a party that is supposed to represent the will of regular people. It’s easy to see why half the country is willing to vote for Donald Trump. It’s better to burn the place to the ground than give it up to the smarmy elites who treat the will of the people like an irritating obstacle to overcome.

My father attended the GOP caucus, and he came away frustrated. There were long lines and no direction. He wasn’t even sure when it was supposed to start, because the news said one thing and several fliers he got said something else. Even though I disagree with him on politics, I think he should have the ability to easily cast his vote. But it goes deeper than a one-day shit show. The parties themselves are the problem.

I have long disliked the two-party system, because I’m always attracted to loveable cranks, like Sanders, who are constantly marginalized in traditional two-party politics. We are bombarded with messages about who is electable or which candidate is taller. We are told to make choices on lesser evils rather than what we really believe. It seems perverse to me.

I will admit it: I was sad Sanders lost Nevada, but I’m even angrier about how much the pundit class extrapolates meaning of the caucus. This flawed system should say little about Clinton’s “inevitably,” but the collective media insisted on weaving bullshit narratives over every hangnail in the contest. If Clinton wins that’s fine, but I’m getting tired of being told that the process is irrelevant to picking a winner and that our votes don’t matter.

Nevada went through one of the most painful housing slumps in the nation, while our politicians at the state and Federal level did almost nothing. Our most recent opportunity to vent our righteous fury was at a lame and anachronistic caucus that represents almost no one. Yet we refuse as a nation to fix it. Given the reality of our political process, a vote for Deez Nutz would not be out of line.