Another feminist victory for "Mad Max": A woman kept "Fury Road" from being just another action movie 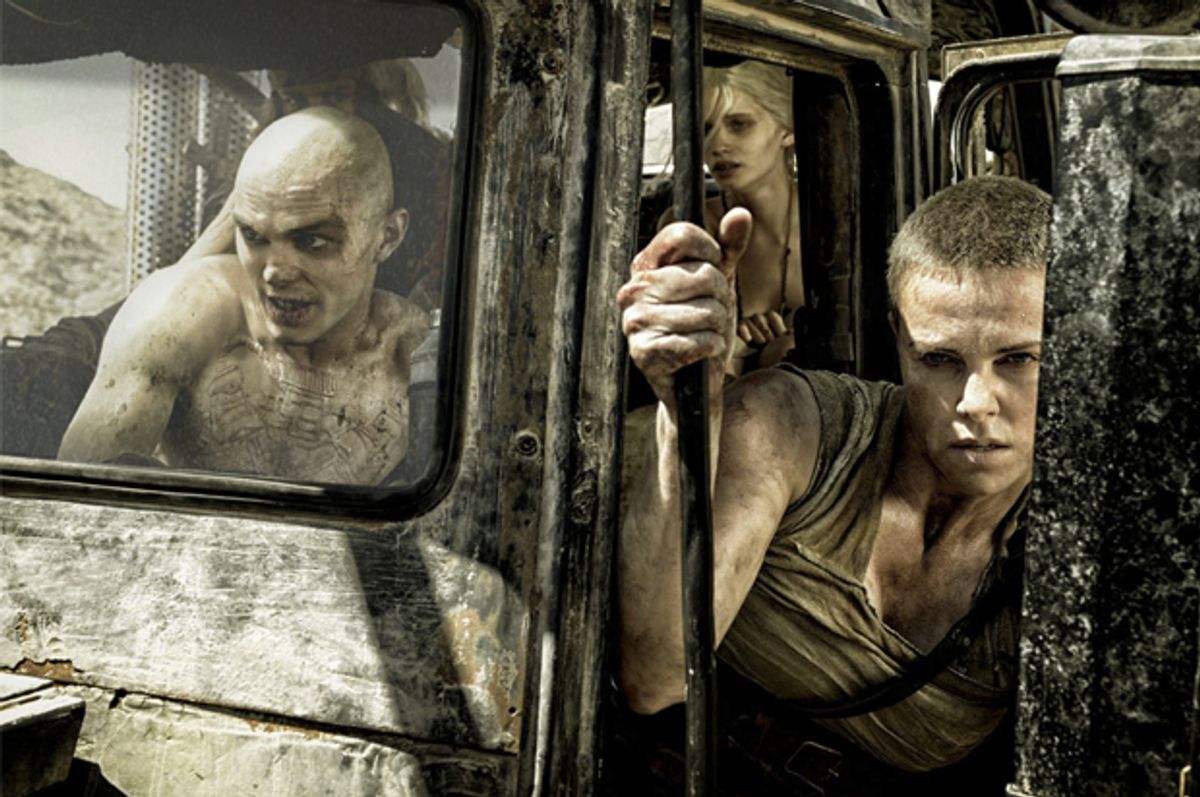 This Sunday’s Oscars proved that “Mad Max: Fury Road” wasn’t just a feminist victory in front of the camera—it was also a win behind the scenes. Margaret Sixel was awarded her first Oscar in the best film editing category, an award she was widely expected to win. It was one of a number of tech category wins for the post-apocalyptic action masterpiece, hailed by many critics as the best film of the year. “Fury Road” also won six Oscars in total—including best sound mixing, best sound editing, best production design, best costume design, and best makeup.

But what made Sixel’s win particularly special is its relative rarity: Prior to 2016, the film editing Oscar has gone to a woman just 12 times, meaning that fewer than 15 percent of all winners in the category have been female. Before Margaret Sixel, a woman hadn’t taken home the editing trophy since 2006, when Thelma Schoonmaker won her third Oscar for “The Departed.” While film editing is a profession that’s more historically friendly to women, with female editors shaping some of the greatest movies ever made, they remain relatively scarce in the industry—pushed out of a profession they helped pioneer.

According to a recent report from San Diego State University, women account for just 22 percent of editors on the top 250 grossing films. That might seem like an extremely low number considering women make up a slim majority of the population, but it’s sadly commonplace in the film industry. The SDSU survey found that in 2015, women made up just 26 percent of producers, 11 percent of writers and 9 percent of directors on Hollywood’s highest-earning movies.

This problem has only been getting worse in recent years. Female Oscar winners in film editing were relatively commonplace in the 1950s and '60s, when women dominated the industry. In 1940, Anne Bauchens became the first-ever woman to earn an Academy Award in the category for her work on “North West Mounted Police.” While that film is little remembered aside from Oscar trivia, women have been behind some of the most acclaimed and beloved films in history, including “Bonnie and Clyde,” “Lawrence of Arabia,” “Star Wars,” “Apocalypse Now,” “The Ten Commandments,” “Pulp Fiction,” “All About Eve,” “The Wizard of Oz,” “Singin’ in the Rain,” “Raging Bull,” “E.T.” and “Jaws.”

D.W. Griffith is given much of the credit for pioneering many of the film techniques that would make 1915’s “Birth of a Nation” as artistically important as it is horrifically racist. The film, an infamous apologia for white supremacy, employs parallel editing to show scenes that unfold simultaneously. Whereas filmmakers would previously be confined to telling a single story that takes place at a given moment in time, parallel editing allowed directors to cut between scenes, weaving together disparate story lines. A team of five editors helped devise the technique, including Rose Smith, who later worked on Griffith’s “America” with her husband, James.

Despite the relative few number of female film editors working today, a notable number of respected auteurs prefer to work with women behind the camera. Before she passed away in 2010, Sally Menke edited all of Quentin Tarantino’s films. The Guardian called Menke his “quiet heroine,” a key influence who would shape the director’s signature cinematic style. "The thing with Tarantino is the mix-and-match,” Menke explained. “Our style is to mimic, not homage, but it's all about recontextualising the film language to make it fresh within the new genre.” Since her death, his movies just haven’t felt the same. They lacked Menke’s distinctive stamp.

Thelma Schoonmaker is perhaps the most notable example of a successful editor-director pairing, as she’s worked on every Martin Scorsese feature since “Raging Bull,” but directors like Jason Reitman and J.J. Abrams also employ women in the editing room. Dana Glauberman has worked on every single film Reitman has made thus far—with two (“Juno” and “Up in the Air”) nominated for best picture. The team of Maryann Brandon and Mary Jo Markey have been behind every J.J. Abrams film since “Mission Impossible III” a decade ago, nominated this year for their work on “Star Wars: The Force Awakens.” The pair will also be editing Rian Johnson’s forthcoming sequel.

Their male collaborators have differing opinions on what makes women such skilled editors—some more enlightened than others. According to Tarantino, his reason for working with female editors is that they are “more nurturing to the movie and to me.” He continued, “They wouldn't be trying to win their way just to win their way. … They wouldn't be trying to shove their agenda or win their battles with me.” Reitman compared the editing process to a marriage: “You spend more months editing than you do shooting and you do it in a tiny room sitting a few feet from each other. …  There are very few people on earth that you want to share that sort of proximity and time with, so you better have good chemistry.”

If those responses are incredibly reductive, casting women in the role of work wife and support system for their male collaborators, George Miller’s thoughts on the subject indicate every reason his film is so boundary breaking. Editing “Mad Max: Fury Road” was an extraordinarily difficult task—taking 480 hours of footage and splicing them into a cohesive, two-hour narrative. According to Miller, “Fury Road” had double the number of cuts as “The Road Warrior,” despite the fact that they are nearly the exact same runtime.

George Miller argued that having a woman’s perspective in such a key role is what made “Mad Max: Fury Road” such a unique experience. According to Margaret Sixel, when Miller—who also happens to be her husband—asked her to edit the film, Sixel initially balked at the offer. “Why do you want me to do an action film?” she asked. The director quickly responded: “Because if a guy did it, it would look like every other action movie.” He’s being modest. “Fury Road” feels like no other movie ever made. It’s intense and propulsive at the same time that it’s lyrical and deeply human, finding the wounded poetry in a band of female warriors searching for survival on a barren earth.

Now if women can do all that in the editing room, just imagine what would happen if we let one actually direct an action movie every once in a while.