Hillary's Trump strategy: Clinton has a secret weapon — which Cruz and Rubio missed out on — to take down the GOP front-runner 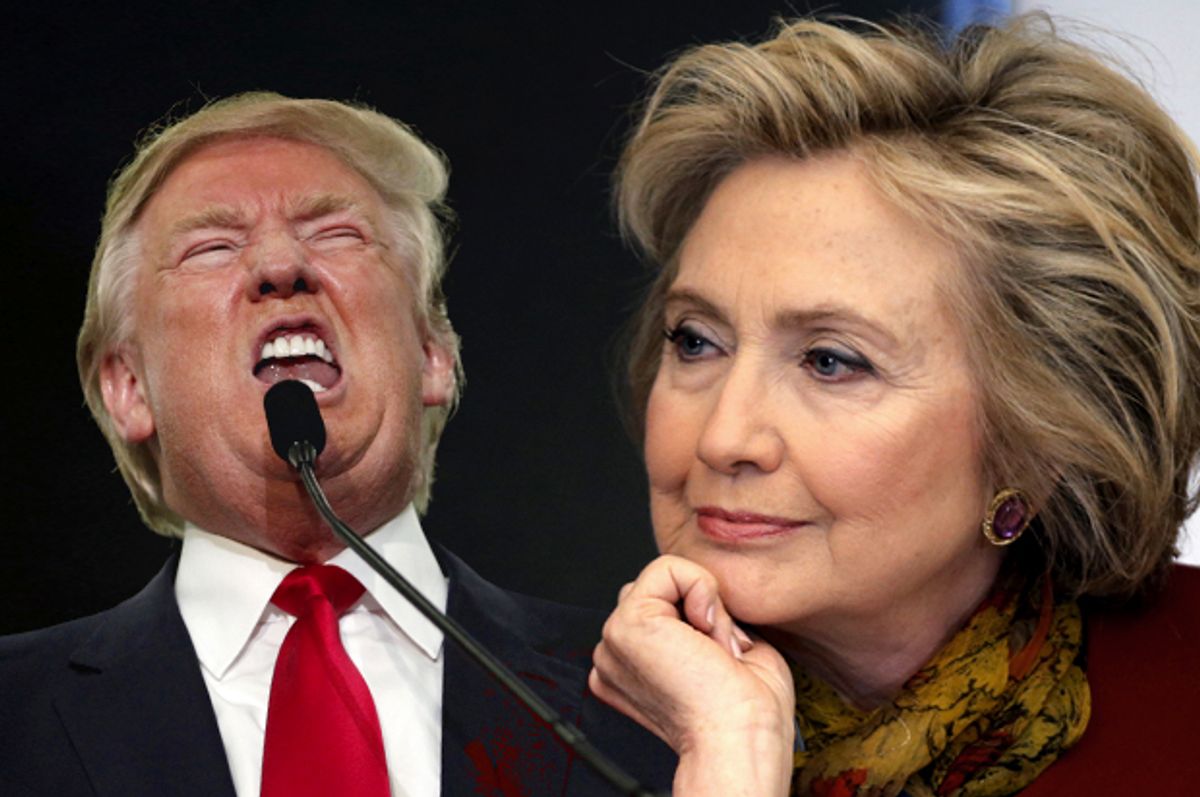 Hillary Clinton is doing what pretty much every Republican in the country failed to do – she’s taking Donald Trump seriously. After last night’s Super Tuesday romp, it’s looking highly likely that Trump is on track to capture the Republican nomination. According to the New York Times, Team Clinton doesn’t want to get caught flat-flooted in a potential race against Trump and is already gaming out different strategies for taking on the Republican front-runner and neutralizing whatever appeal he might conceivably have in a general election. And that’s wise! The GOP underestimated Trump and the party’s determined neglect allowed him to engineer a coup within the Republican electorate. And it’s not inconceivable that Trump could pose a significant threat to core Democratic constituencies in electoral-vote rich Midwest states. Regardless of what happens, they’re smart to be prepared.

As for the actual anti-Trump strategy, here’s what the Times writes:

The plan has three major thrusts: Portray Mr. Trump as a heartless businessman who has worked against the interests of the working-class voters he now appeals to; broadcast the degrading comments he has made against women in order to sway suburban women, who have been reluctant to support Mrs. Clinton; and highlight his brash, explosive temper to show he is unsuited to be commander in chief.

There’s absolutely no shortage of material to work with on any of these fronts. Painting him as a predatory businessman shouldn’t be too difficult – Trump is already taking heat for his flagrant “Trump University” scam, and we still haven’t even really gotten into the “Trump Mortgage” scam and the “pee in a cup so Donald Trump can send you special vitamins” scam. On the anti-women front, you can hardly take a step in any direction without stepping in some misogynistic pile Trump has deposited on the public airwaves. BuzzFeed mined Trump’s many, many appearances on Howard Stern’s radio program over the years and pulled out a heaping mound of sexist quotes, any one of which can be the fulcrum of an attack ad. As for Trump’s temperament, that’s a bit trickier to go after given that Trump has a knack for turning accusations of anger into positive affirmations of his political identity. Pointing out that Trump is “brash” and angry might not be so disqualifying in an electorate that overwhelmingly believes the country is on the wrong track.

It’s not a half-bad strategy, but might be overlooking a couple of key points. You can call Trump a sexist con-man and enjoy the satisfaction of being correct, but that’s no guarantee that his supporters will abandon him. As my colleague Elias Isquith has written, the key to undermining Trump is making him look weak. A good chunk of his appeal is derived from his image as someone who will go to Washington and just start busting shit up for all the incompetent losers who currently run the government. The moment you make Trump look powerless and lost, the illusion evaporates.

Marco Rubio has been trying his damnedest to do exactly this over the past week, literally questioning the size of Trump’s manhood and calling him a pants-wetting coward. But those attacks have no credibility because Rubio consistently loses to Trump, and the over-the-top character of the jabs feels desperate. The Times notes that the Clinton campaign is enlisting President Obama to “gleefully portray Mr. Trump as incapable of handling the duties of the office,” which is well and good, but they also might consider having him take Trump down a peg or two. One of Obama’s underappreciated strengths is his knack for mocking humor, and he has some experience when it comes to humiliating Donald Trump.

Another way to damage Trump is to beat him at his own game. The Rand Corp. found recently that the biggest predictor for whether someone will support Donald Trump is if they believe that “people like me don't have any say about what the government does.” To keep people from defecting to Trump, you need to make them feel like they have a stake in your campaign, which is probably where the Clinton people could learn a thing or two from Bernie Sanders’ campaign.

But the most important factor in all this is time. Rubio and Cruz are scrambling to beat back Trump because they waited too long and let him take control of the primary. Neither Republican has the luxury of testing out messages and building an anti-Trump campaign narrative. They have to throw everything they can and hope something sticks. If Trump becomes the nominee, Hillary will have at least a few months to figure out what works and what doesn’t. And as the Republican experience makes clear, time is a valuable commodity in a fight against Donald Trump.