If ever a former candidate stood before a mic and communicated the depths of his apathy, this was it 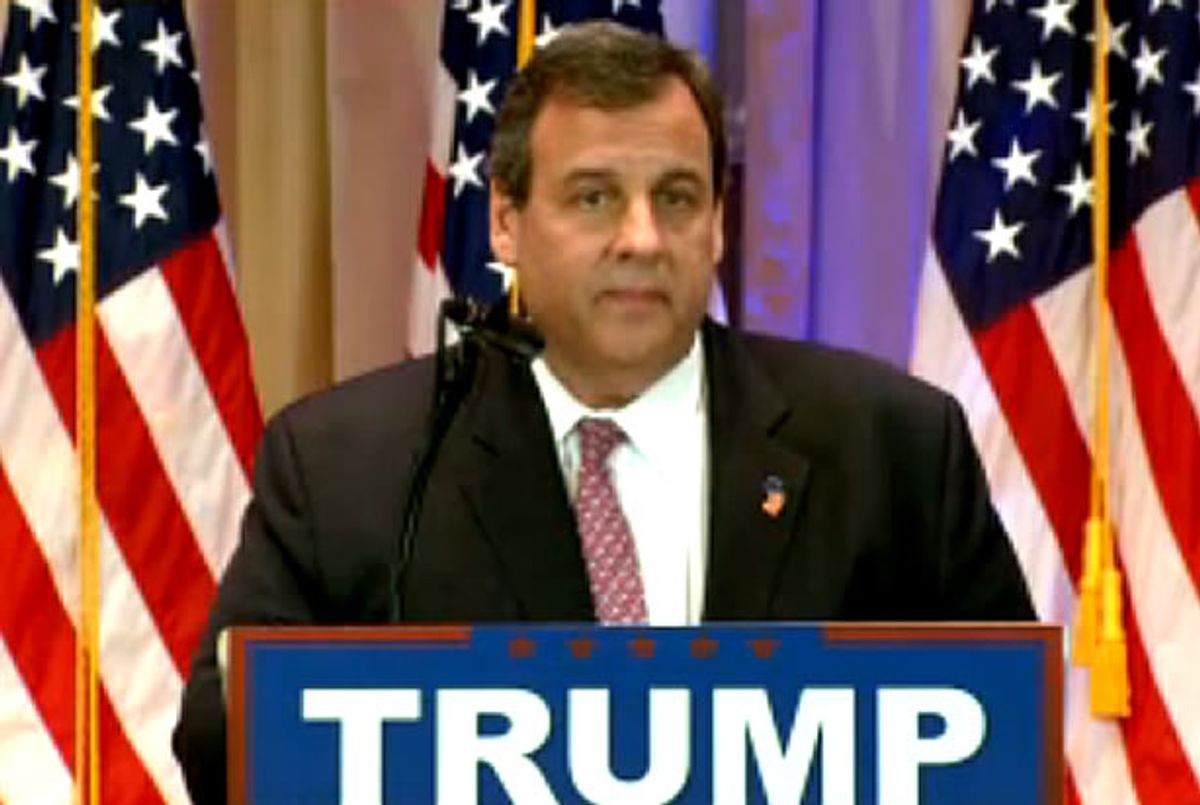 New Jersey Governor Chris Christie, who last week endorsed Donald Trump, was pegged to introduce the GOP front-runner's victory speech tonight -- and delivered the most unenthusiastic introduction to something labeled a "victory" in the recorded history of contests that could end in either "victory" or "defeat."

Christie struggled to praise Trump, saying that "this isn't a campaign, it's a movement." He unconvincingly added that "America wants to stay strong, America wants to stay together, and they know that to do that, they need to have a strong, bold, tough, decisive leader back in the Oval Office."

"Ladies and gentlemen," he said with what appeared to be manifest dread, "let me introduce to you the next president of the United States, Donald Trump."

Watch the entire sad spectacle below via Fox News.