Listen to the Donald Trump voters: It has taken an ignorant demagogue to tell truth about GOP, humiliate party establishment

The right has sold the working class a bill of goods and massive lies for decades. They're not buying it anymore 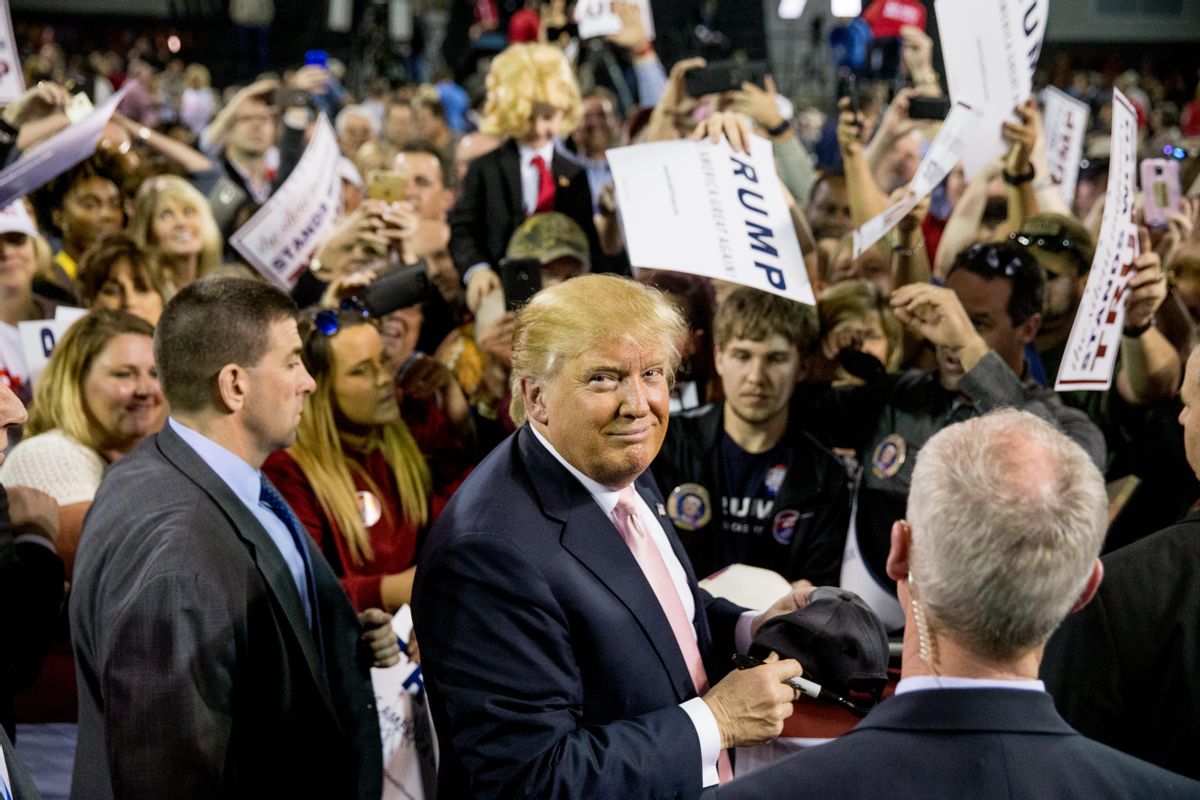 For the last several decades, the Republican party has been selling a simple economic message to its base: what is good for rich people is good for you too.  And, until this election, the base was buying it.  The astonishing rise of Donald Trump is an almost apocalyptic sign that they’re not buying it any more.

The GOP establishment has seen all of its candidates not merely beaten, but utterly humiliated, by an aggressively ignorant demagogue, whose rhetoric makes him sound like a cheap knockoff of Benito Mussolini and George Wallace.

Why? A look at the facts of American economic life suggests that the rubes have decided they’re tired of being played for marks, which explains why the GOP establishment’s siren song about the Land of Opportunity is no longer doing the trick.

The basic myth the right wing of The Money Party has sold to Republican voters over the past 40 years (the left wing of the party is called the Democrats) goes like this: the economy boomed in the decades immediately after World War II, and standards of living rose rapidly.  But since then, too much government regulation, too many taxes, and an overly generous welfare system that has made Those People even lazier than they were before have combined to kill the American dream.

That is why ordinary Americans (aka working and middle-class white people) have bank accounts that don’t reflect the rewards they should have received for all their hard work. If not for government meddling we would have a thriving economy, just like the one we enjoyed back in the good old days.

All this is a fantastic lie, as a glance at the actual economic history of America since 1945 illustrates.  (In what follows, all figures have been converted to constant, inflation-adjusted dollars).

America is a vastly wealthier country today than it was forty years ago.  Furthermore, on a per-person basis, the country’s wealth has increased far more over the past four decades than it did in the thirty years immediately after World War II.

Where has all this money gone?  The answer ought to shock anyone who cares about either economic opportunity or increasing inequality.  The average household income of the bottom 50% of American households was $25,475 in 1974, and $26,520  in 2014.  In other words, half the population has gotten essentially none of the extra $10 trillion dollars of national wealth that the American economy has generated over the past forty years.

Keep in mind that this group includes fully half of the nation’s middle class, by every standard definition of that category.

Meanwhile, over this same time, the average household income of the top five percent of American households (most of the members of this group would not, of course, consider themselves rich, let alone part of the actual plutocracy) has gone from $187,729 to $332,347.  As for the really rich, the numbers are truly staggering: in constant, inflation-adjusted dollars, the household income of the top 0.01% (roughly, the nation’s 13,000 richest households) increased by about seven-fold, from less than $5 million to more than $30 million per year.

Of course, some of Trump’s appeal is based on his willingness to exploit racism and xenophobia while speaking to the economic anxieties of white middle and working class voters.  But establishment politicians are making a big mistake when they under-estimate the extent to which Trump’s message – crude and bombastic as it is -- that Americans were winners but are now losers, resonates with the actual life experience of so many people.

These people are angry about what has happened to them and their communities, and especially angry about the empty promises of a Republican party that is run for the almost exclusive benefit of the rich.  The half of America that gets along on $40,000, or $25,000, or $10,000 per year doesn’t care about cutting capital gains taxes or getting rid of the estate tax (which already exempts the “first” $11 million of a married couple’s wealth), and it isn’t enthusiastic about slashing Social Security and Medicare either.

To the contrary, all these things are the pet projects of the Republican donor class.  For forty years the GOP has managed to manipulate culture war issues and racial and ethnic animosities to hide from its base two facts: the contemporary Republican party exists to protect the economic interests of that class, and those interests don’t actually align with the economic interests of middle- and working-class Americans, even if they happen to be white and culturally conservative.

That it took a shameless foul-mouthed egomaniacal reality TV star to speak this truth in such a way that Republican voters would hear it is a sad comment on the state of our politics and culture.