Meet Vincent Rue, the man behind the pseudoscience of abortion restrictions 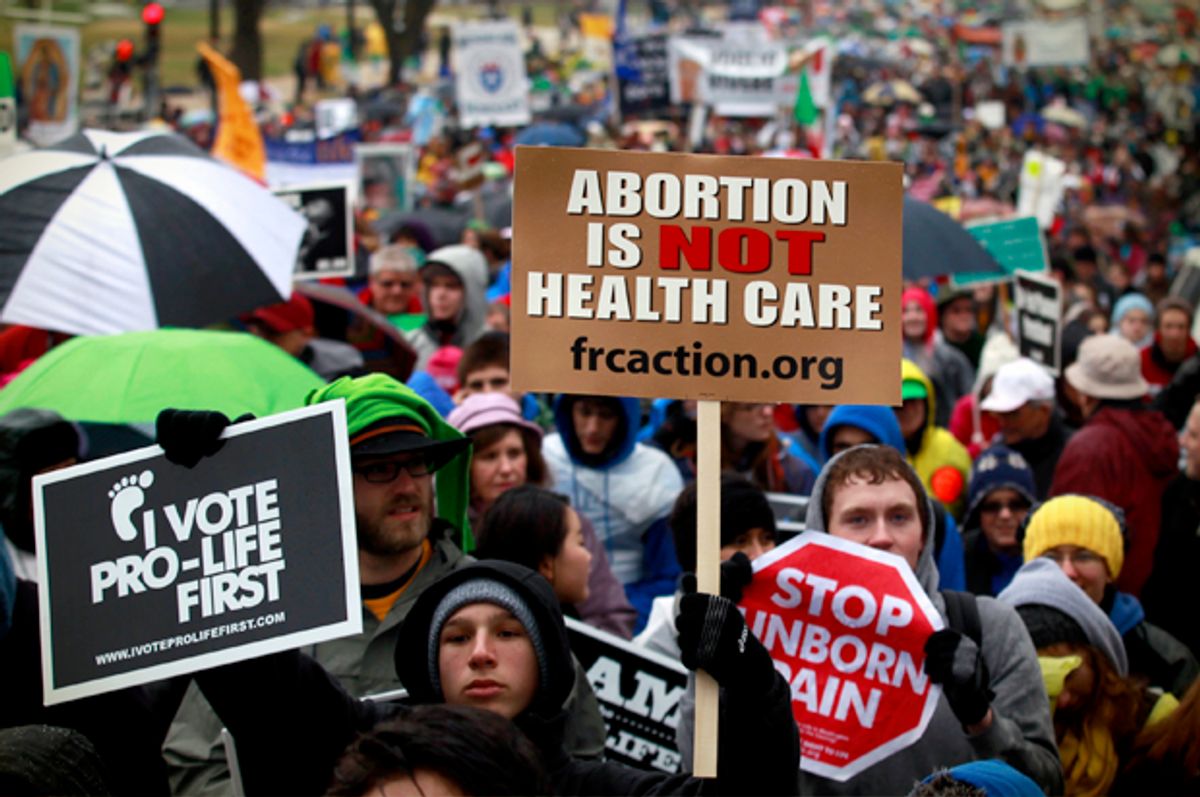 Vincent Rue is not a medical doctor, but, through surrogates, he has tried to play one in court. And in this role of a lifetime, he has masterminded the dissemination of pseudoscientific testimony in several state court cases —all in an effort to defeat women’s right to an abortion. His act is about to be reviewed by his most important audience yet – the United States Supreme Court.

The Supreme Court will soon hear the case of Whole Woman’s Health v. Hellerstedt, representing the latest battle in the long-running campaign by the anti-choice movement to cut off women’s access to safe, legal abortion, a right guaranteed by Roe v. Wade. Realizing that neither the court system, nor the majority of Americans, would tolerate an outright ban on abortion, they have instead sought to create an environment in which abortion is technically legal, but obstructed to the point that it is practically unavailable.

The Texas laws at issue claim not to restrict abortion, but instead, in a dizzying twisting of language, are presented as though intended to make abortion safer for women. According to the laws’ supporters, requiring doctors to maintain active admitting procedures at a hospital within 30 miles of where they perform abortions will prevent complications and ensure safety for the woman seeking a termination.

Let’s be perfectly clear: These claims are false. Abortion, especially early-term abortion, is an extremely safe procedure. In fact, women suffer fewer complications from early term abortions than from giving birth. That’s why leading medical groups like the American Medical Association, the College of Obstetricians and Gynecologists, and the American Academy of Family Physicians have said that the onerous restrictions in the law do nothing to improve patient safety. The real-world effect of the law is to require the closing of most abortion providers in Texas, leaving the 5.4 million women of reproductive age without safe, local access to care. But that didn’t stop Texas from putting forward a string of allegedly expert witnesses claiming that these laws were rationally designed to protect women.

This is where Vincent Rue comes in. These “experts” were not impartial scientists providing neutral evidence to the courts. In fact, at trial they were exposed as peddlers of unreliable pseudoscience – veteran antiabortion campaigners seeking to justify restrictions on abortion by any means necessary. Though they have cropped up to defend abortion restrictions in several cases, whenever they have testified on these kind of admitting procedure requirements, their testimony has been discounted by the trial court. And their participation in these cases has been coordinated by a single man – Dr. Vincent Rue.

Rue is a not a physician. His Ph.D. is in human development and family studies from the University of North Carolina School of Home Economics. He is also an ideological partisan who opposes abortion in all situations – in 1990 he called abortion following incest a “failure,” and accused women who aborted a fetus conceived through rape as performing “capital punishment on the fetus.”  His theory about “Post Abortion Syndrome” – the claim that woman who have abortions increase their chances of suffering from mental illness later in life – has been thoroughly debunked as pseudoscience based upon flawed research methodology. His lack of credentials made plain, Rue is no longer viable to testify against abortion himself, but has instead moved to a role behind the curtain as a consultant, earning almost $200,000 for coordinating witnesses to defend antiabortion laws in various states.

But Rue has been up to far more than mere coordination and consultation. Court after court has exposed Rue’s role in ghostwriting the reports submitted by his stable of expert witnesses. That’s right: The groundless opinions of the unqualified, discredited Rue are being laundered and then presented in courtrooms as the work of qualified medical doctors and sociologists.

Though rarely scientists, judges are frequently tasked with making decisions that are based on scientific facts. To uphold our foundational rights, judges must be able to rely on the accuracy of testimony from genuine experts in the relevant scientific fields. In Texas, as well as in other abortion restriction cases, fictions were presented as facts. But this is no stage play, and the audience, our Supreme Court, must not be fooled by this masquerade. There’s too much at stake.

The Center for Inquiry, writing on behalf of more than 40 eminent scientists and scholars, including physicist Lawrence Krauss, evolutionary biologist Richard Dawkins, biological anthropologist Eugenie Scott, psychologist Steven Pinker and astrophysicist Jill Tarter, have challenged Rue, his witnesses and their defense of the laws to the Supreme Court. We believe that women deserve better. They deserve a court system that relies on science, not partisan opinion masquerading as fact. Pseudoscience has no place in the determination of fundamental rights.

Nicholas J. Little is the vice president and general counsel of Center for Inquiry.