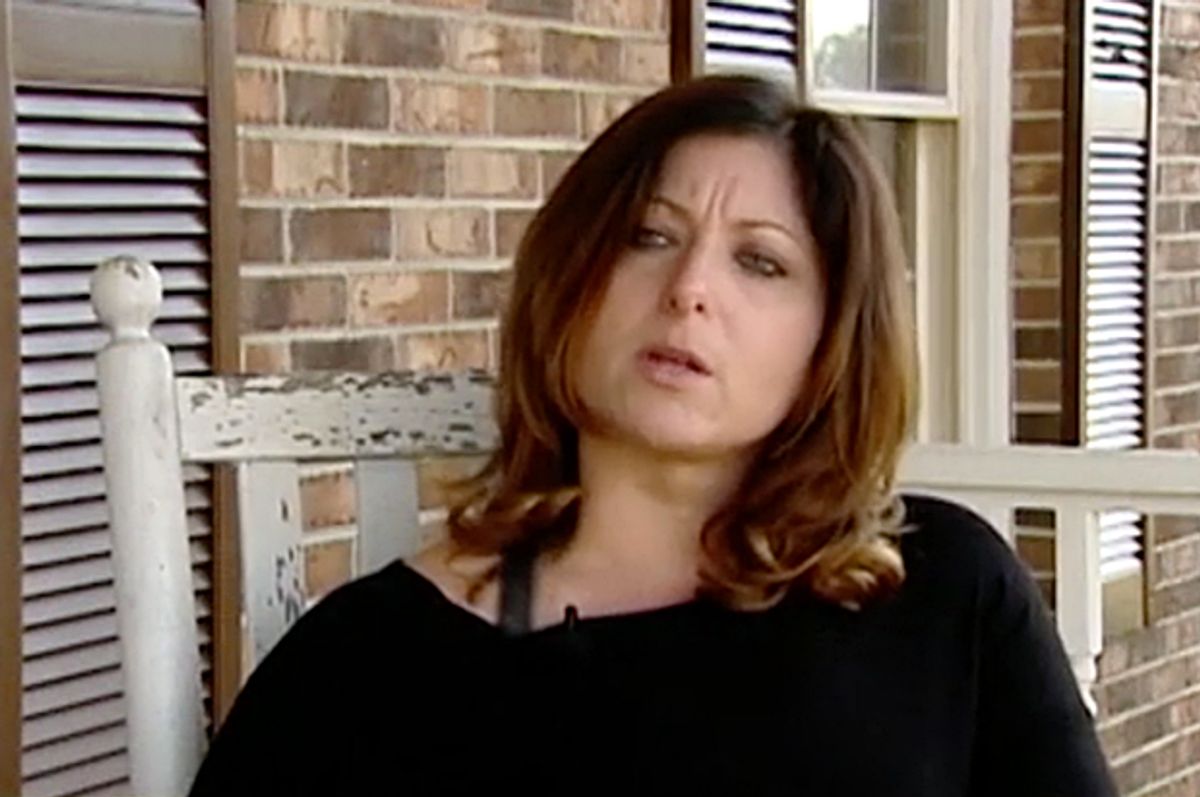 Union County, South Carolina mechatronics teacher Leigh Anne Arthur is out of a job after a student accessed her phone while she was in the hallway for five minutes, took photos of partially nude photos she had stored there, and distributed them via text and social media. As she told WYFF, “He had the ultimate decision to take pictures of my pictures and he had the ultimate decision to send them out. He had to hit my apps button and to open up all my apps and then open my gallery." As a result, the school gave her the option of resigning or being asked to leave.

Perhaps most disturbing of all, Arthur told WSPA, “The student who actually took my phone and took pictures turned around and told me your day of reckoning is coming.” Despite the 16-year-old student’s actions, Arthur, who says she knows the student’s identity, said of him, “I forgive you. It don’t make it anymore right. But what’s done is done and I hope you learned your lesson. And I hope that you learned from this mistake and I hope that you have a wife one day that you treat like gold and you won’t want this to ever happen to her,” although she planned to press charges against the student.

The school’s interim superintended David Eubanks told The State newspaper, “I think we have a right to privacy, but when we take inappropriate information or pictures, we had best make sure it remains private.” It’s hard to read about this case and not think of ESPN's Erin Andrews, who had nude videos of her obtained by a stalker posted online, for which she is now pursuing a lawsuit. While, yes, in this case, the photos were taken voluntarily for Arthur’s husband as a Valentine’s Day gift, they were not intended for anyone else to see—certainly not her student. Yet as of this posting, the school hasn’t stated whether the student will face any disciplinary action, although state police now have custody of the student’s phone and Public Safety Department Chief Sam White told “Inside Edition” that the teen “may face charges.” Whether he does or not, Arthur’s career has essentially been derailed, if not ruined, all because of this student accessing her personal data from her phone and broadcasting that information.

Does Arthur have any legal recourse? According to Leslie Y. Garfield, Professor of Law, Pace Law School, probably not. In an interview with Salon, Garfield said that while she’s sympathetic to Arthur’s plight, as outrageous as her being asked to resign seems to many, the law is likely not on her side. “I think the school does, unfortunately, have the right to fire her,” said Garfield.

“I am not sure what her contract says but basically she left out her cell phone with inappropriate content. She lost her right to call it her private information when she left the cell phone on her desk,” explained Garfield. “The Supreme Court has defined when something is no longer private for purposes of losing Fourth Amendment protection. Although the student was not the government, this test, called the Katz test, has been adopted by common law and applied in certain instances to privacy cases. The test is whether the information was left in a place where the average person would not have expected it to be intruded upon. I would argue that a desktop in a classroom would not be considered private (although in a desk or pocketbook would be).”

Garfield said that whether or not Arthur could have a valid case against the school for wrongful termination depends on the terms of her contract. “If she has a contract and there is a morality clause, then the issue would be whether she broke her contract by violating that clause when she left her cell phone with the pictures available for a student to easily access. However, if she can prove that the school used undue influence to pressure her into resigning then she might be able to state a claim.”

However, Ann Bartow, Director, of the Franklin Pierce Center for Intellectual Property and Professor of Law at University of New Hampshire School of Law, offered a more positive outlook for Arthur in an interview with Salon. “It looks to me like yet another effort to shame a woman for her sexuality,” said Bartow. “The student who invaded her phone might have just as easily rifled through her purse or coat pockets. He took photos that were private and did not belong to him. Given the facts as I understand them the teacher did nothing wrong. I hope she pursues justice in this matter.”

While Arthur has said she’s unsure if she would even want to resume her former job, her students are working hard to address what they see as a grave injustice. As of this writing, they’ve garnered over 1,500 signatures for an online petition, begun by three of her students, asking for her to be reinstated. The petition reads, in part, “Leigh Anne Arthur is the victim of a blatant attack of her privacy. Personal photographs were illegally obtained by a student and were sent to other students in the school(Union County High). After being escorted off of school property, we (the students) are left to believe that she has been forced to, or given little choice but to resign. Mrs.Arthur has not only shown tremendous dedication to her students, but also the mechatronics program itself, often reaching out to local businesses and colleges to get materials that would not normally be available for the class.”