Time off for cramps: Can we make period workplace policies that are fair to women? 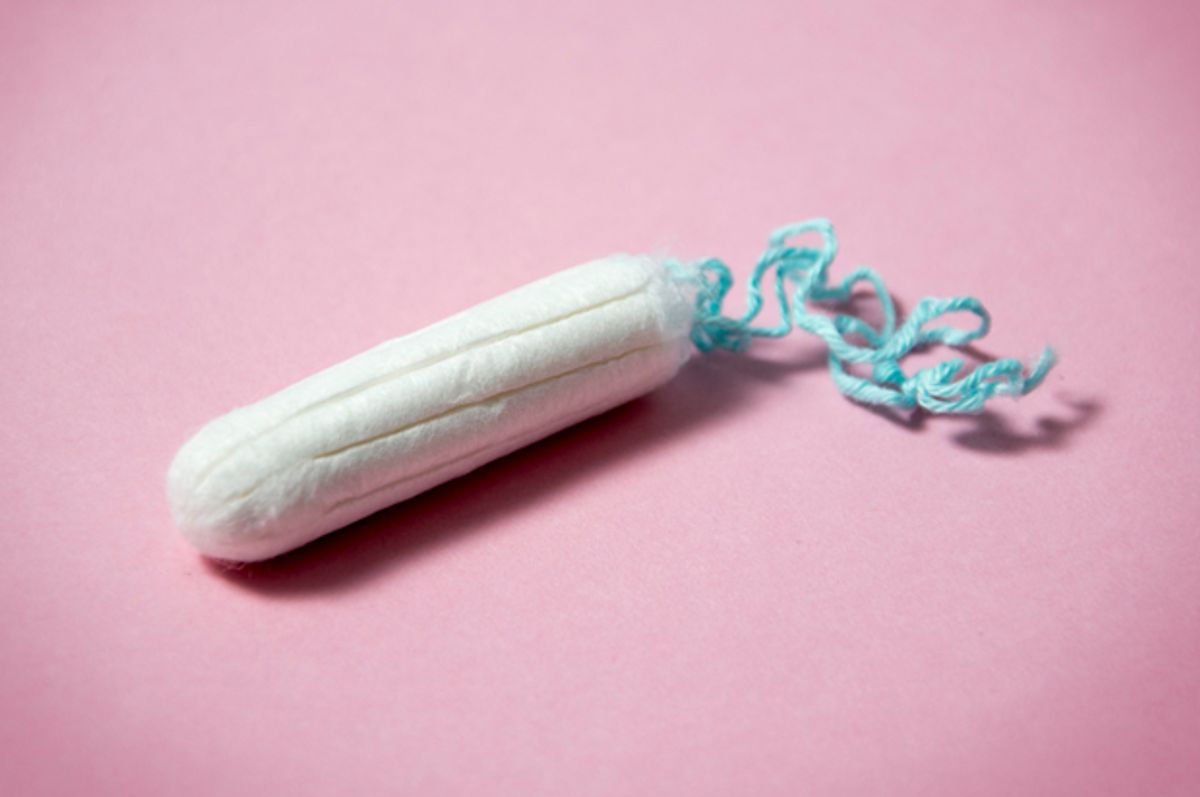 Bristol based company Coexist will soon offer a “period policy” to its female employees, allowing them to take time off during their menstrual cycle as a way, they say, of increasing productivity. Coexist director Bex Baxter told the Bristol Post:

I have managed many female members of staff over the years and I have seen women at work who are bent over double because of the pain caused by their periods.

Despite this, they feel they cannot go home because they do not class themselves as unwell.

And this is unfair. At Coexist we are very understanding. If someone is in pain - no matter what kind - they are encouraged to go home.

But, for us, we wanted a policy in place which recognises and allows women to take time for their body's natural cycle without putting this under the label of illness.

The specifics of the policy will be explored at a March 15 seminar on “Pioneering Period Policy: Valuing Natural Cycles in the Workplace.” The event, led by women’s leadership coach Alexandra Pope, states in its description, “The purpose of this policy initiative is to create a positive approach to menstruation and the menstrual cycle that empowers women and men and supports the effectiveness and wellbeing of the organisation. To restore the menstrual cycle as the asset it is.

In the past any proposal to allow women to for example have time off at menstruation has been derided by men and women alike. In this context menstruation is seen as a liability or a problem. Or as women getting ‘special treatment.’

While this conversation is focused on the menstrual cycle, it forms part of a larger debate about honouring cycles in general – circadian, ultradian, seasonal etc., and cyclical consciousness as a model of sustainability – individual and organisational.”

Such policies, which exist at Nike as well as in areas of China, Taiwan, Japan, South Korea and Indonesia, bring up the question of whether, essentially, women are being overly coddled when they don’t deserve to be. Many women have strenuously argued that such policies damage efforts toward gender equality. Claire Cohen wrote in The Independent, “What we need is to demystify periods, not turn them into something that makes women seem vulnerable, tainted, or unable to perform professionally.” At Slate, Katy Waldman insisted that for those with severe pain during their periods, “companies with fair sick-leave policies should be able to accommodate these women without prying into their pants.” But what if they don’t? In the name of strict equality and not favoring women or seeing them as “weak” or unfit for work during menstruation, are we doing those who do suffer during their periods a disservice?

To me the essential question is: Is there a way for some women who are in need of such a policy for genuine medical reasons to access it while those who aren’t affected by extreme period pain simply go about their normal workday?

At The Establishment, Elizabeth Yuko identified what she calls the “period paradox” which puts women in a bind—if we admit that there are times when our periods might be debilitating, are we then heading toward the slippery slope of claiming that all women are so hampered by our periods we can’t work? “While menstruation isn’t taken seriously as an actual medical condition, it’s also seen as being so serious, it can render some women unable to function.”

Now, it’s worth noting that Pope, who will be leading the workshop crafting the policy, is the author of “The Wild Genie: The Healing Power of Menstruation,” and seems to believe that all women follow a similar pattern regarding their cycles. In an interview with the site Pukka Planet, Pope said, “Menstruation is the sleep moment, the moment to rest. If women are going to get any message from this interview I would love them to validate this experience for themselves and to listen to their body instead of being tyrannised by this ridiculous idea that you have to be Superwoman, totally productive, out there and gorgeous 24/7; this is part of the pathology of patriarchy and it is messing both women and men up.”

Opponents of such policies would surely argue that, taken to its extreme, such a philosophy could wind up leading to separate offices or separate ways of evaluating women’s work vs. men’s work. I don’t think that’s what any modern working woman wants. But I also don’t think we only have the choice of two extremes: ignore menstruation as a workplace and health issue, or put it at the center of our careers.

For a women-led company like Coexist, whose 31-person workforce consists of 24 women according to The Guardian, this policy has the potential to make women better workers and more loyal because of the opportunity it affords. As Radhika Sanghani wrote in The Telegraph, such a policy isn’t about allowing every woman to skimp out on work just because she’s bleeding, but rather, “It is there to help the one in 10 women who have dysmenorrhea and will occasionally need to take a sick day; the women who have been up all night with cramps and want to start work later (and finish later); the women who have such painful heavy bleeding that they’d be more comfortable working from home once a month.”

To me, the key difference between whether such a policy limits women or helps them has to do with how it’s implemented. It’s one thing if women are being told they can’t or shouldn’t work during their periods, which would be both sexist and surely illegal. But I don’t see anything wrong with a company trying to offer its employees a way to maximize their health, happiness and do their best work, especially if it’s doing so with their approval and input.

Of course, there’s not going to be a perfect solution. As Emily Matchar pointed out in The Atlantic in 2014, “But even in countries with well-intentioned menstrual leave policies, many women don’t feel comfortable taking it. They’re understandably embarrassed to tell their superiors they have their period, and they worry they’ll be viewed as weak for taking time off.”

It’s unclear exactly how the Coexist policy will be applied—and we should already be concerned employers having access to employees’ personal medical data. As Lauren Oyler at Broadly pointed out, women who have access to these policies have, in some cases, demanded an end to them because of the invasive nature of how they were administered, such as a “physical check” in Indonesia.

Yet it’s hard to argue that women who do suffer from the kind of pain this policy is addressing should not be offered any relief. Coexist is attempting to address a real problem they’ve noticed impacting women at work and, I would hope, doing so in a way that doesn’t stigmatize its female employees, but instead offers them a way to access this leave without everyone around them being privy to what’s essentially their private business.

I think the danger here is in potentially telling women how they should feel or behave, or work or not work, during their periods. The last thing we need is a boss or employer insisting they know what’s best for us and, in a worst case scenario, being overly invasive and paternalizing in its treatment of menstruating women. Women shouldn’t have to disclose when they’re menstruating or even discuss the topic at work if they don’t want to, but if a woman is truly unable to properly function those one or two days of the month, she shouldn’t have to shoulder that burden entirely alone.

Giving women a true option, one in which they didn’t feel like their privacy was being invaded or that they were being passed over for opportunities based on taking such leave, could have a positive effect on their morale, health and performance.