Van Jones and Jeffrey Lord were having none of what the other was saying, and it showed 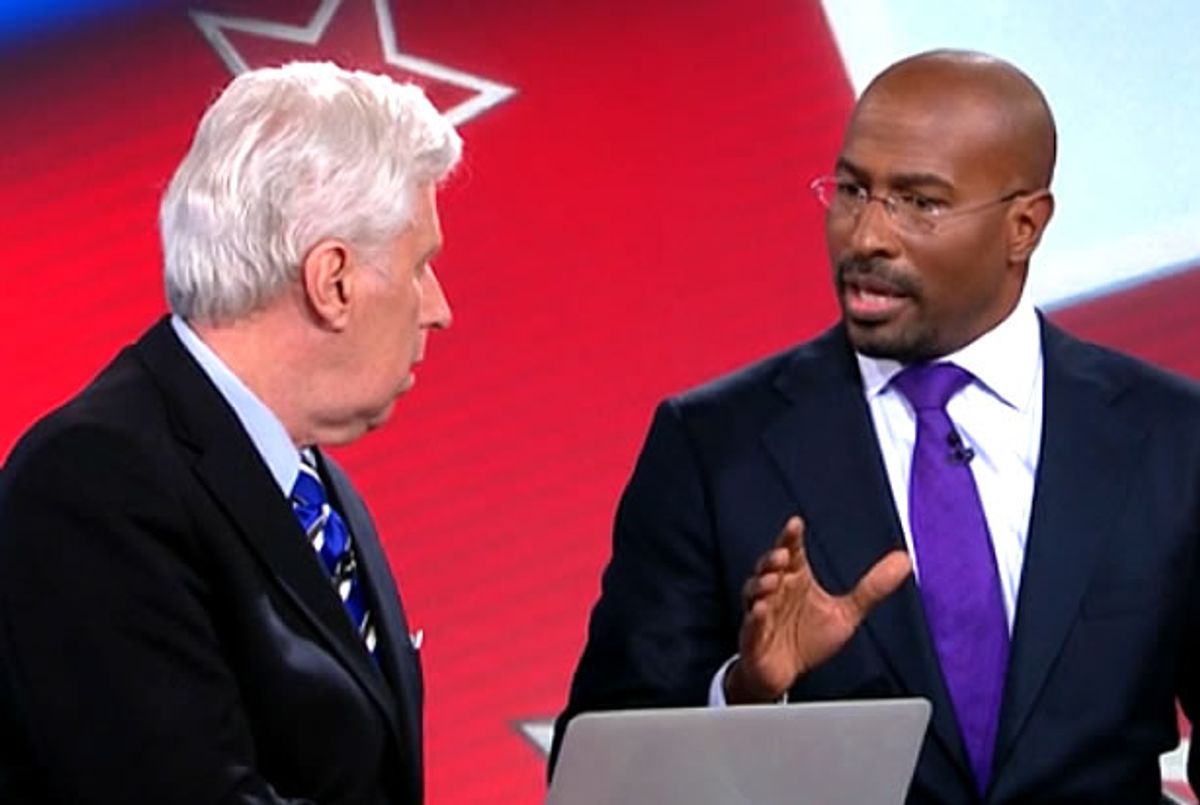 The pair were arguing about Donald Trump's recent statements about David Duke and his affiliation with the KKK. "Here's a guy who disavowed this many, many, many times," Lord said. "You hear this statement from Mitt Romney and Paul Ryan today. I like Paul Ryan. We both worked for Jack Kemp."

Jones shot back that it's not as if it's just this statement that Trump made that's offensive. "The things that Donald Trump has done and not just in this race are horribly offensive. You can go back with this guy for a long time -- I want to talk. I want to talk. Because this is important. You can go back to the central jogger case where he came out and had innocent black kids winding up in prison."

"We have a big problem at this point now, because I agree with you about a lot. I think we have taken him not seriously, we have not respected his voters, but there is a dark underside here and S.E. is right. He is whipping up and tapping into and pushing buttons that are very, very frightening to me and frightening to a lot of people. Number one, when he is playing funny with the Klan."

"That is not cool," he severely understated.