From "The Kelly File" to "Hannity," the network is now a hostile environment for the GOP's one-time wunderkind 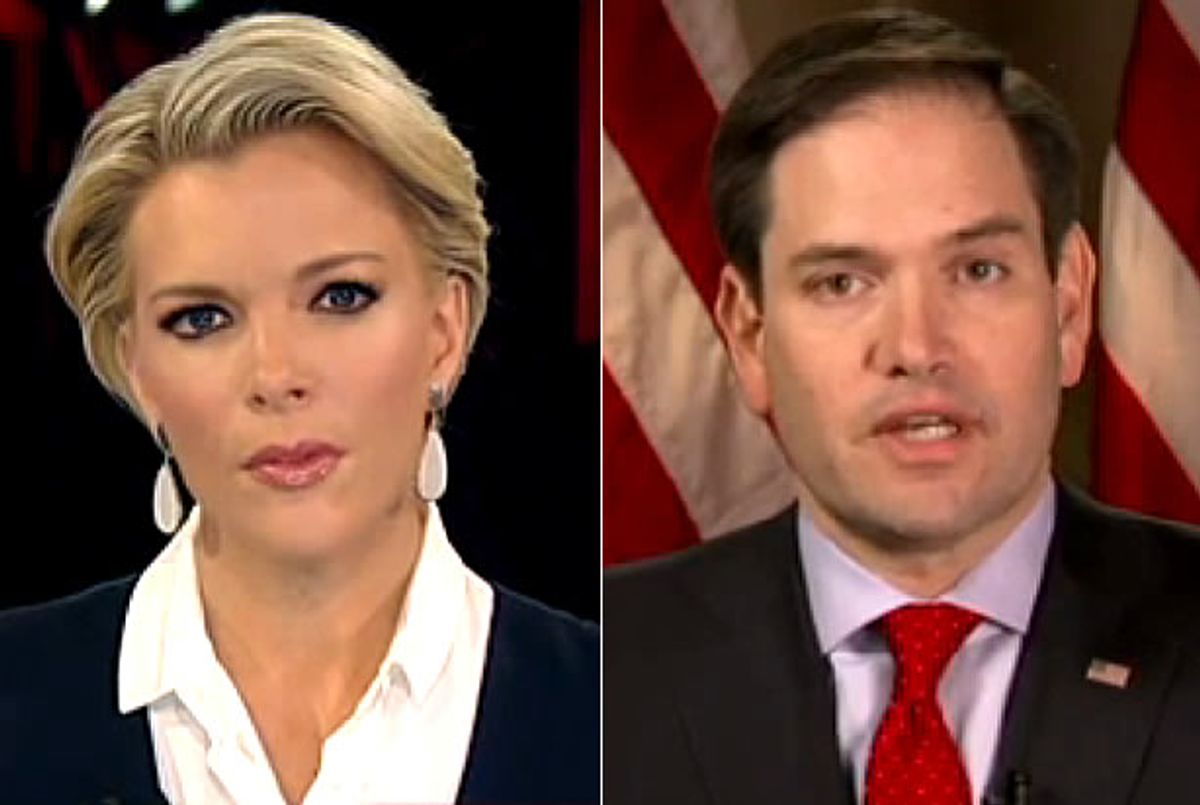 Late yesterday afternoon, New York Magazine reported that anonymous sources at Fox News said chairman Roger Ailes had lost faith in Florida Senator Marco Rubio, and had ordered his news teams and anchors to temper their coverage of him.

Although he appeared on "The Kelly File" and was discussed at length on "Hannity" Wednesday evening, it was clear that the message was received.

"It's mathematically impossible for you to secure the 1,237 necessary delegates to get the nomination without a brokered convention, is it not?" Megyn Kelly asked the senator. Rubio said that this is the an unusual campaign season, pointing to the speech that former Republican presidential nominee Mitt Romney planned on making on Thursday.

Kelly countered by noting that until the GOP tidies its field of establishment (or quasi-establishment) candidates, the vote will be split and Trump will walk away with the nomination. Rubio said that while that might seem true, the upcoming primaries will "change the complexion of the race."

Rubio's unwavering -- some might say "unhinged" -- optimism was also a target for mockery on "Hannity," where host Sean Hannity invited former Nixon adviser Pat Buchanan on to attack the Florida senator. Buchanan said that Rubio will never win the nomination, and that his childish attacks on Trump were merely alienating GOP voters.

"This is not a general election strategy," he said. "It's not even a good nomination strategy. It is a good strategy if the objective of you and your supporters is to bring down Trump no matter how you have to do it."

If Rubio continues in this vein, Buchanan added, it could "terminate his political career."

Watch Megyn Kelly's interview with Rubio below via Fox News.