Trump's a "phony" and "fraud:" Romney set to blast Trump during Utah speech

"Trump relishes any poll that reflects what he thinks of himself," Mitt will say according to transcripts 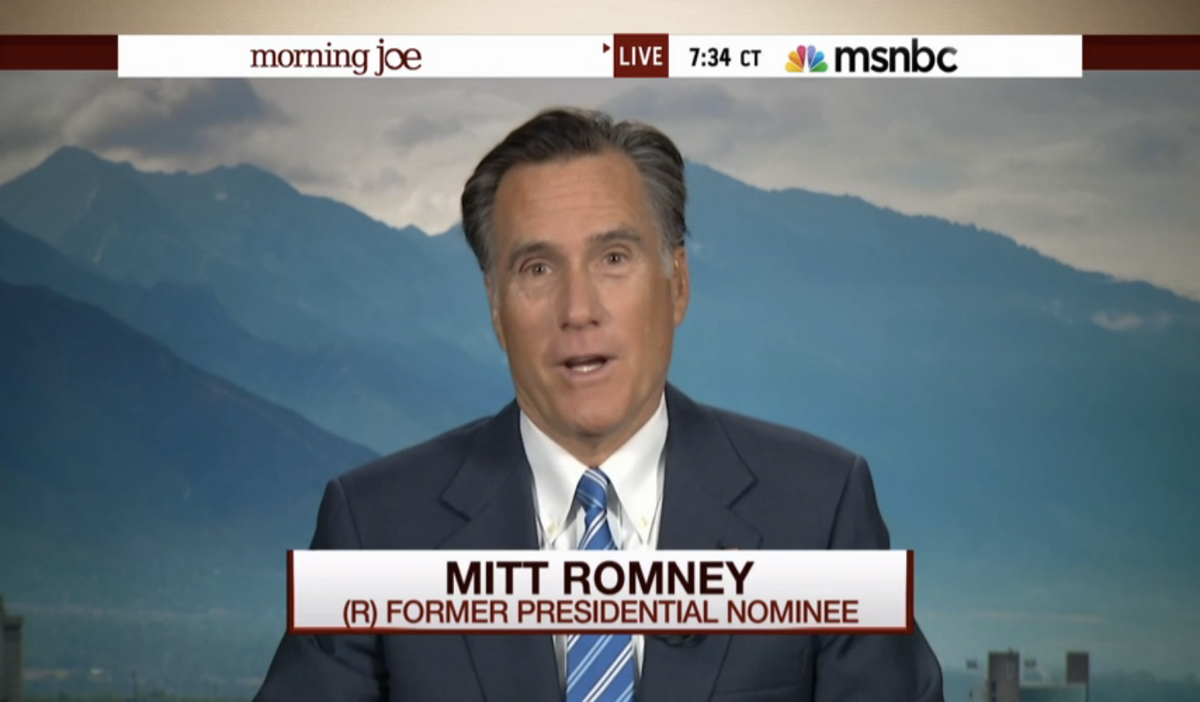 According to partial transcripts obtained by Bloomberg News and Politico, Mitt Romney will put on blast GOP frontrunner Donald Trump in a speech scheduled for 11:30 AM E.T. at the University of Utah.

Romney will say. "But polls are also saying that he will lose to Hillary Clinton."

Romney will further call Trump "a phony" and "a fraud," before adding:

"His promises are as worthless as a degree from Trump University. He's playing the American public for suckers: He gets a free ride to the White House and all we get is a lousy hat. …

"His domestic policies would lead to recession. His foreign policies would make America and the world less safe. He has neither the temperament nor the judgment to be president. And his personal qualities would mean that America would cease to be a shining city on a hill."

Romney's unprecedented shellacking of the GOP's likely nominee is rumored to be an effort to bolster the "Never Trump" movement, which is bankrolled by corporate executives who've poured several millions of dollars into ad time in Florida ahead of the state's March 15 primary.

"It's a historic moment," John Heilemann said this morning on Bloomberg Politics. "Generically speaking, the past Republican nominee speaking out against the current Republican frontrunner hasn't happened in my lifetime in politics ... It's a big damned deal."

Trump responded to the news of Romney's University of Utah presser with sporadic subtweets between last night and this morning: