"You know who made it irrelevant?" Koppel asked O'Reilly, "You did" 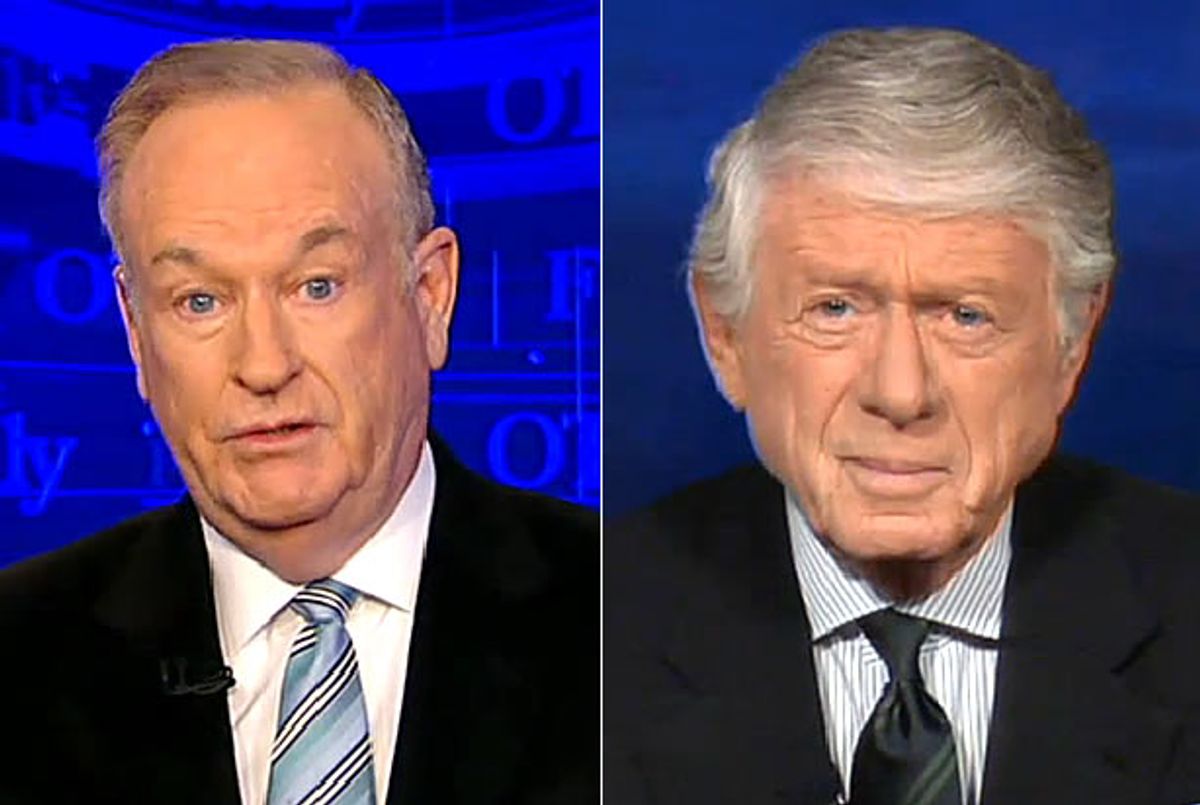 On "The O'Reilly Factor" Wednesday evening, host Bill O'Reilly welcomed former "Nightline" host Ted Koppel onto the show -- but as it turned out, Koppel wasn't interested in playing the role of a polite guest, especially not on the subject of Donald Trump.

"I've interviewed him a number of times," O'Reilly said, and it's "not an easy interview. How would you do it?"

"You and I have talked about this general subject many times over the years," Koppel said. "It’s irrelevant how I would do it."

"You know who made it irrelevant?" he asked. "You did. You have changed the television landscape over the past 20 years. You took it from being objective and dull to subjective and entertaining. And in this current climate, it doesn’t matter what the interviewer asks him -- Mr. Trump is gonna say whatever he wants to say, as outrageous as it may be."

A stunned O'Reilly repeated the question, to which Koppel replied, "the first way you do it is not in the interview — you do it by some reporting. It’s an old-fashioned concept but I think demonstrating who and what Mr. Trump is and what his policies really amount to is something you don’t do in an interview. He doesn’t answer the questions."

Koppel took this as an opportunity to light into Trump's policies -- or lack thereof. "When was the last time you have heard Donald Trump spell out a real policy on anything other than, ‘We’re gonna be the best, we’re gonna be the greatest, I’m gonna negotiate the best deals you’ve ever seen'?"

"There is no substance in any of that," he concluded, "and nobody among his followers seems to care about that."