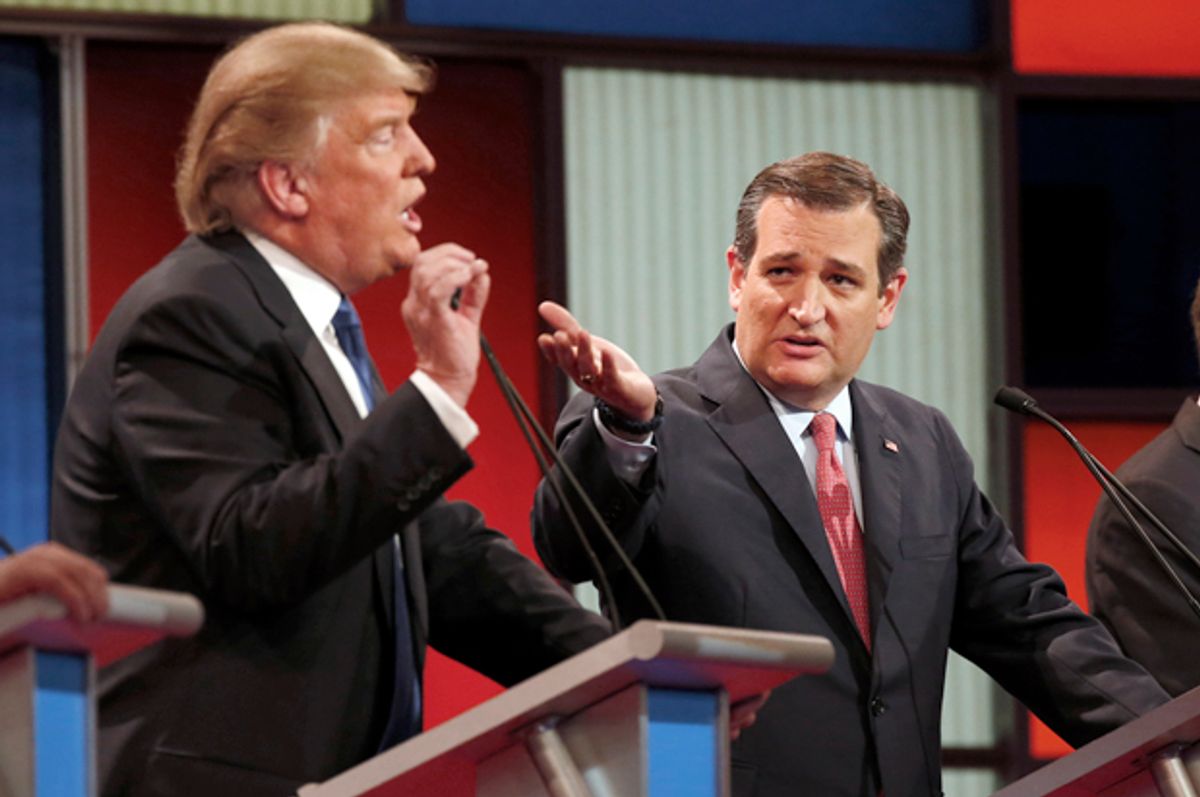 The eleventh Republican presidential debate Thursday night on Fox News was particularly dreadful, with crude innuendo about Donald Trump's penis size and threats to bust out yoga poses on stage, it felt as though moderators Megyn Kelly, Chris Wallace and Bret Baier were all presiding over a particularly painful descent into a deep and dark abyss. The Detroit audience was bizarrely childish in their antics and the candidates, either following or leading their voters, only escalated their "Wrestlemania" like taunting of one another.

If it there was any doubt that the debate had devolved into a complete spectacle, when Kelly went to check in on the reaction from Fox News viewers afterwards, she certainly got an earful to set her straight.

"I don't know how happy you all at Fox are going to be," focus group moderator Frank Luntz warned Kelly, before asking the Fox News viewers to pick one word to describe the debate they just watched.

"Embarrassment," said the next. They went on:

Luntz called the mood in the room following the Fox News debate "the most negative response" he'd ever seen. After all, as Nate Silver pointed out this week, Republican voters basically hate all of their candidates:

Trump does not just divide rank-and-file voters from Republican poo-bahs. He’s also extremely divisive among Republican voters, much more so than a typical front-runner. In exit polls so far, only 49 percent of Republican voters say they would be satisfied with Trump as their nominee — remarkable considering Trump’s lead in votes and delegates. But compounding the GOP’s problems, Marco Rubio or Ted Cruz would leave only slightly more Republican voters happy.

Not only is Trump’s 49 percent satisfaction rating lower than any recent party nominee’s, it’s also lower than almost all the losers’. Rick Santorum in 2012 was more widely acceptable than Trump, for example. The only exception was Ron Paul in 2012, although the exit polls asked about him in only two states.