I lived the Scandinavian dream: My wife and I moved to Norway for a year -- where pregnancy is not a "pre-existing condition"

Bernie gets his ideas on healthcare and education from the Scandinavian model. We got to experience it firsthand 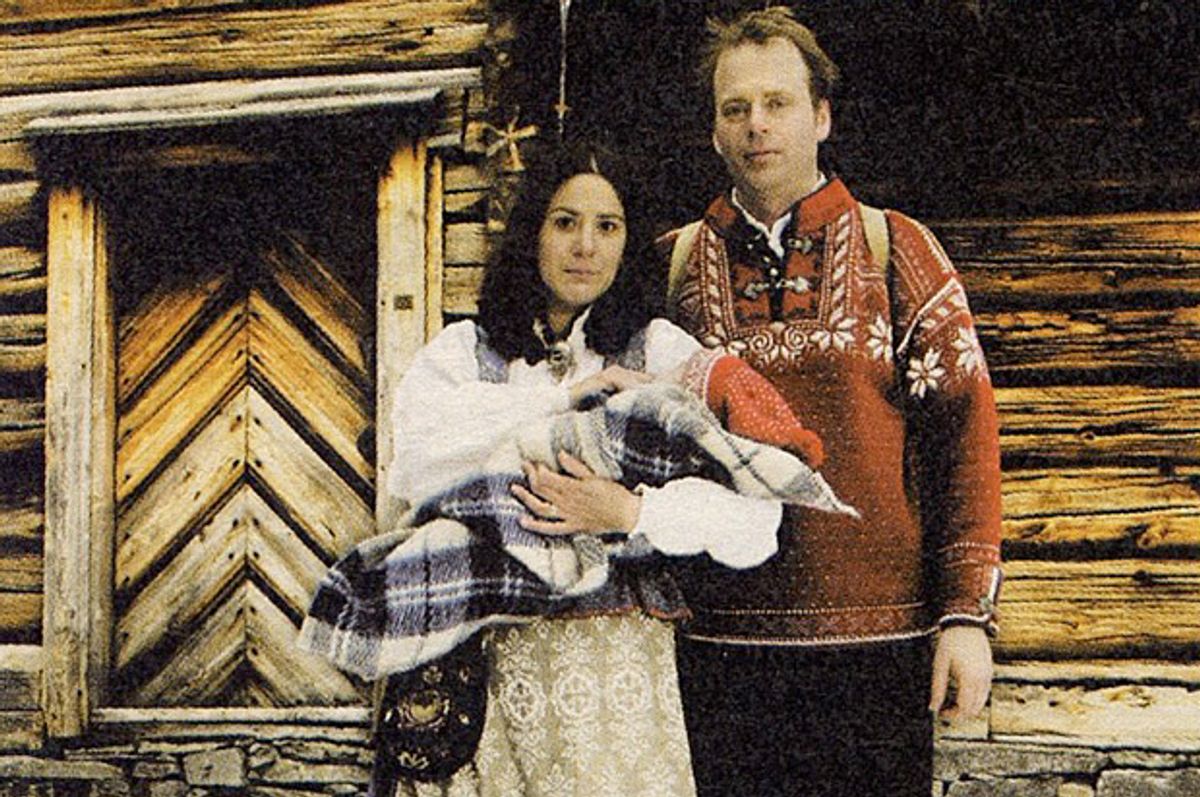 The author and his wife
--

Bernie Sanders unashamedly looks to Scandinavia for a model for healthcare, education and, well, taxes. My wife and I packed up and moved to Norway for a year to experience this supposed Nordic paradise, even if some back home thought I would become “a mush-headed socialist.” I had received a Fulbright fellowship to study in Trondheim, but the only catch was that my wife, Katy, was pregnant.

The healthcare insurance for Fulbright is administered through the State Department, the same system that covers our senators and representatives. You've probably heard that this is the "best healthcare coverage in the world," but I checked the small print. It said, "Pregnancy is a pre-existing condition" and not covered under the plan, as if it's some sort of disease.

We had to forfeit the fellowship, so I called up the office for international students in Trondheim to break the bad news. "Oh, you Americans! You have such funny issues,” the Norwegian woman replied. “That’s not a problem here in Norway. You come over here and have your baby.”

She seemed convinced, so I asked if she could send us some of the documents. "When you arrive here in July,” she continued, “the sun will be out all day. It's been a long, dark winter, so everyone will be at their cabins in the mountains or at the seaside. The government offices don't really open up until September." In other words, we had to just relax and file the documents all in good time.

Once in Trondheim, we went to the trygdekontor, the insurance office, to register Katy for healthcare to cover the birth. The woman at the desk looked over our documents somberly and said she didn't think we qualified. We panicked. "Oh, the government shall pay for the birth,” she assured us. “I just don't know if you are eligible for the extra maternity benefit."

If Katy had been working for at least six months in Norway beforehand, she would get 42 weeks off work at full pay, or 52 weeks at 80 percent of her salary — paid for by the government, not her employer. As it turned out, we’d just receive a lump sum of about $5,000 for the baby, the same sum of our deductible back in the U.S. – a $10,000 difference!

What’s more, the Norwegian government would automatically deposit about $150 into our bank account every month because it recognizes that raising a child is a huge financial burden. This money would help raise our child and would continue until he was 18 years old or until we left Norway. (When we did leave Norway, the government kept depositing money into our account anyway. I had to write to the Norwegian government that we had left the country and tell it to stop sending us all this money. It's a letter I sometimes regret.)

I told our Norwegian friend Rachel we’d feel guilty getting this benefit, but she rebutted, “Why should you feel ‘guilty’ about receiving money from the government? It’s our money, after all, even you pay taxes here now. Everyone receives the child credit, even the crowned prince does. After all, it’s not really your money, it belongs to the baby.”

Sure, people complained about the high taxes, but my Norwegian friend Knut spoke about the “social contract” they’ve all made: “We are a small country of just 5 million people, so we pay high taxes but don’t have the very poor or the very rich as you do in the United States.” What’s more, the universities in Norway are essentially free, so students are much more likely to get a higher education and aren’t saddled with debt when they leave.

As our year went on, we learned how Norway has a nationalized oil and energy industry, Statoil, so the profits are returned to the people as opposed to executives walking off with millions, as happens in the U.S. This money from the “oil fund” shores up the economy and is invested in socially responsible stocks and heavily in geothermal research, wind power and the primary source of power in Norway: hydroelectric plants. Norway taxes gasoline heavily—nearly three times that of the U.S.—and offers huge incentives for electric cars that now are a regular sight zooming alongside the fjords. Parties in both Denmark and Norway have radical proposals to make their expensive urban public transport absolutely free to wean commuters from their polluting cars and encourage drivers to use the network of electric trams and buses.

Unfortunately, our son born in Norway doesn’t automatically get Norwegian citizenship (the Republicans would approve). If he eventually does achieve Norwegian citizenship, he’ll have a free college education, healthcare for the rest of his life, and a comfortable pension to live out his days with the Vikings. He may become a mush-headed socialist, but at least he’ll be living the Scandinavian dream.

Eric Dregni is the author of "In Cod We Trust: Living the Norwegian Dream" and "Vikings in the Attic."