Caitlin Jenner was sharply critical of Hillary Clinton during the season premier of her reality sho. 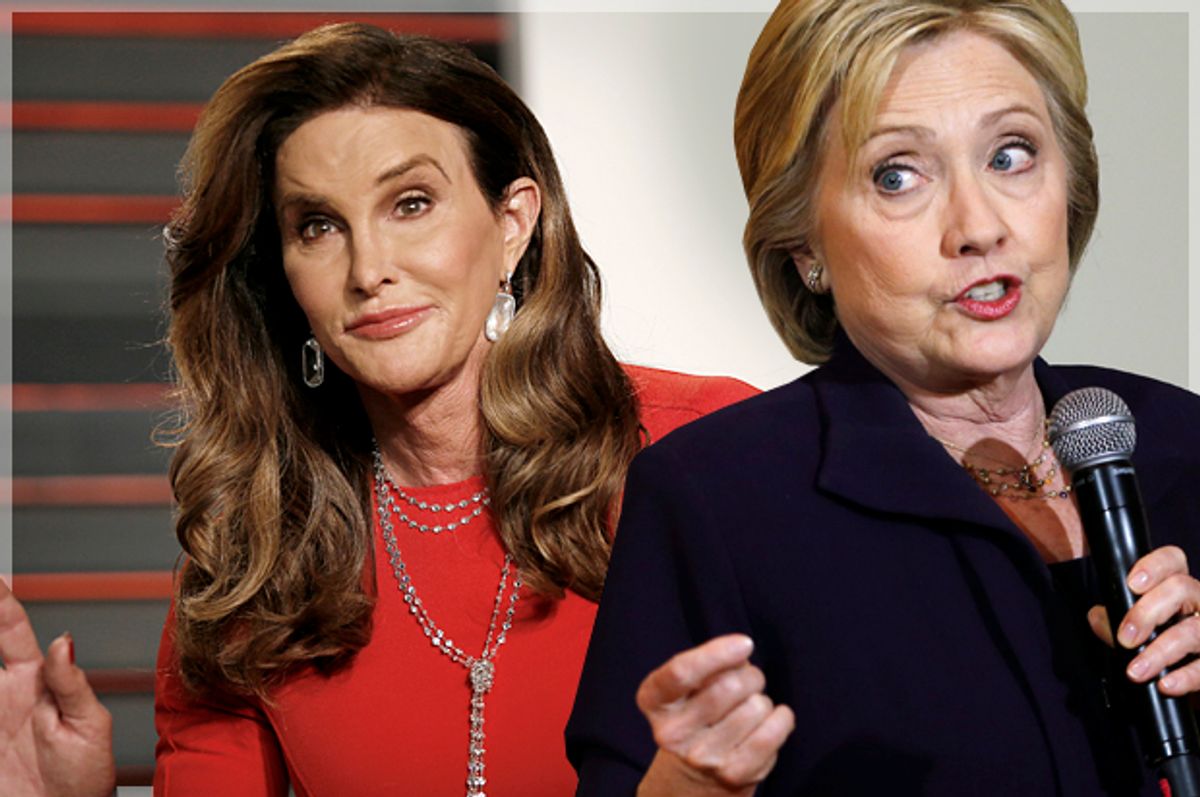 Reality television star Caitlyn Jenner was sharply critical of Democratic presidential frontrunner Hillary Clinton in the season premiere of her E! television show "I Am Cait."

During the episode, Jenner discussed her discomfort with attending a Democratic presidential debate. "It's the last place I want to be," said Jenner. "I'm open. We need both sides and if we're unfortunate enough get Hillary as our next president, we need her on our side. Although she won't be. She couldn't care less about women. She cares about herself."

Pressed by her friend Jenny Boylan on which Republican candidate would be most supportive of transgender rights, Jenner responded, "All of them. None of the Republicans are 'I hate trans people' or 'I hate gays.' They do nothing of that. I want a driving economy so every trans person has a job."

“Republicans and the conservatives are not these horrible people out there trying to oppress people," Jenner said. "I don’t feel like they’re out to get us. Every conservative guy out there believes in everybody’s rights.”

Jenner, formerly known as Bruce Jenner, has been a lightning rod for controversy since coming out as transgender in 2015. Despite her conservatism, Jenner still faced criticism from some Republicans. Notably, radio host Rush Limbaugh was dismissive of transgender individuals after Jenner's announcement, saying they have "mental illness."

Jenner recently came under fire from trans rights activists for expressing her desire to serve as "trans ambassador" for Ted Cruz, whose record on LGBT issues is decidedly illiberal.

"I have gotten more flak for being a conservative Republican than I have for being trans,” Jenner said recently. "Just because you change gender doesn’t mean you change your core beliefs."