Bloomberg fears his third-party run might "play a role in electing a candidate who would ... darken our future" 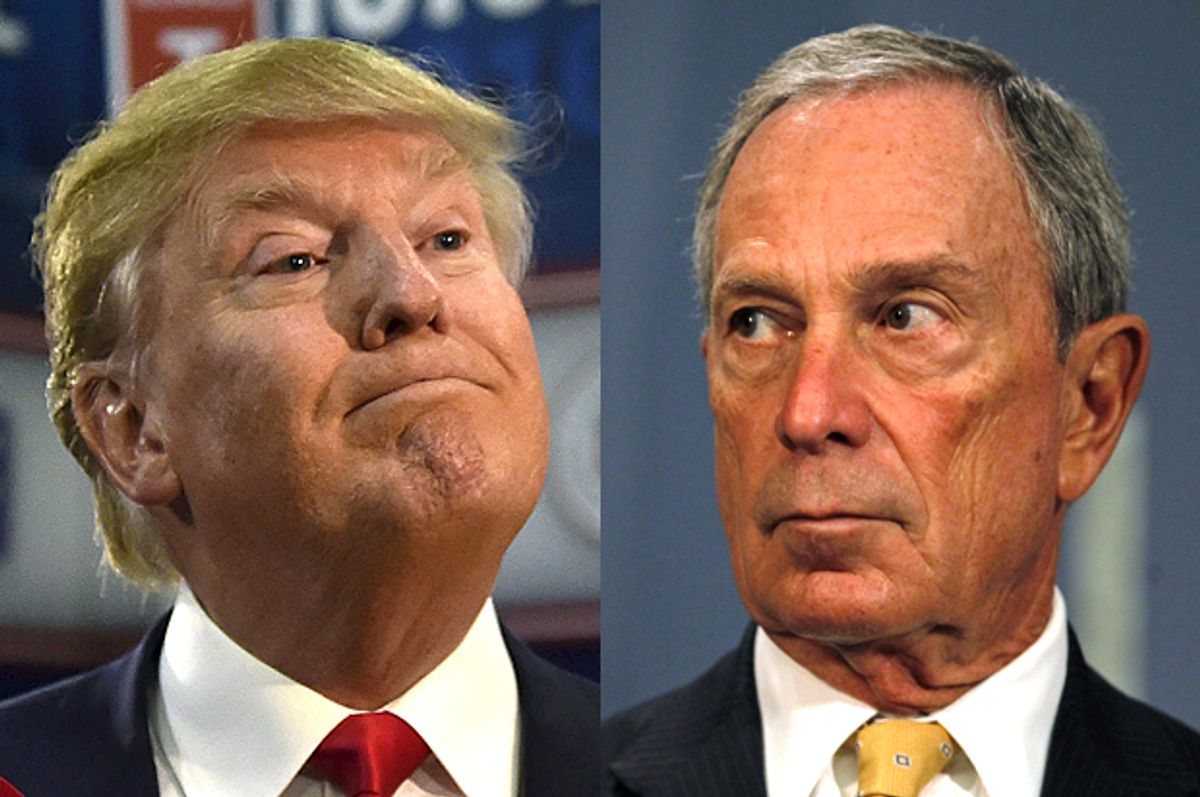 In an essay titled "A Risk I Will Not Take" published on BloombergView, former New York City Mayor Michael Bloomberg announced he will not run for president in 2016.

Bloomberg, 74, decided against a third-party run out of fear he'd split the Democratic vote and hand the presidency to Donald Trump.

"I love our country too much to play a role in electing a candidate who would weaken our unity and darken our future," he wrote.

Bloomberg — who has a net worth of upwards of $37 billion — used the platform to give Trump a Romney-esque shellacking, saying, "he has run the most divisive and demagogic presidential campaign I can remember, preying on people’s prejudices and fears."

"Threatening to bar foreign Muslims from entering the country is a direct assault on two of the core values that gave rise to our nation: religious tolerance and the separation of church and state," Bloomberg continued. "Attacking and promising to deport millions of Mexicans, feigning ignorance of white supremacists, and threatening China and Japan with a trade war are all dangerously wrong, too."

Read the full essay at BloombergView.