"This was never about money," Michigan’s GOP governor tweeted, "This was a failure of government at all levels" 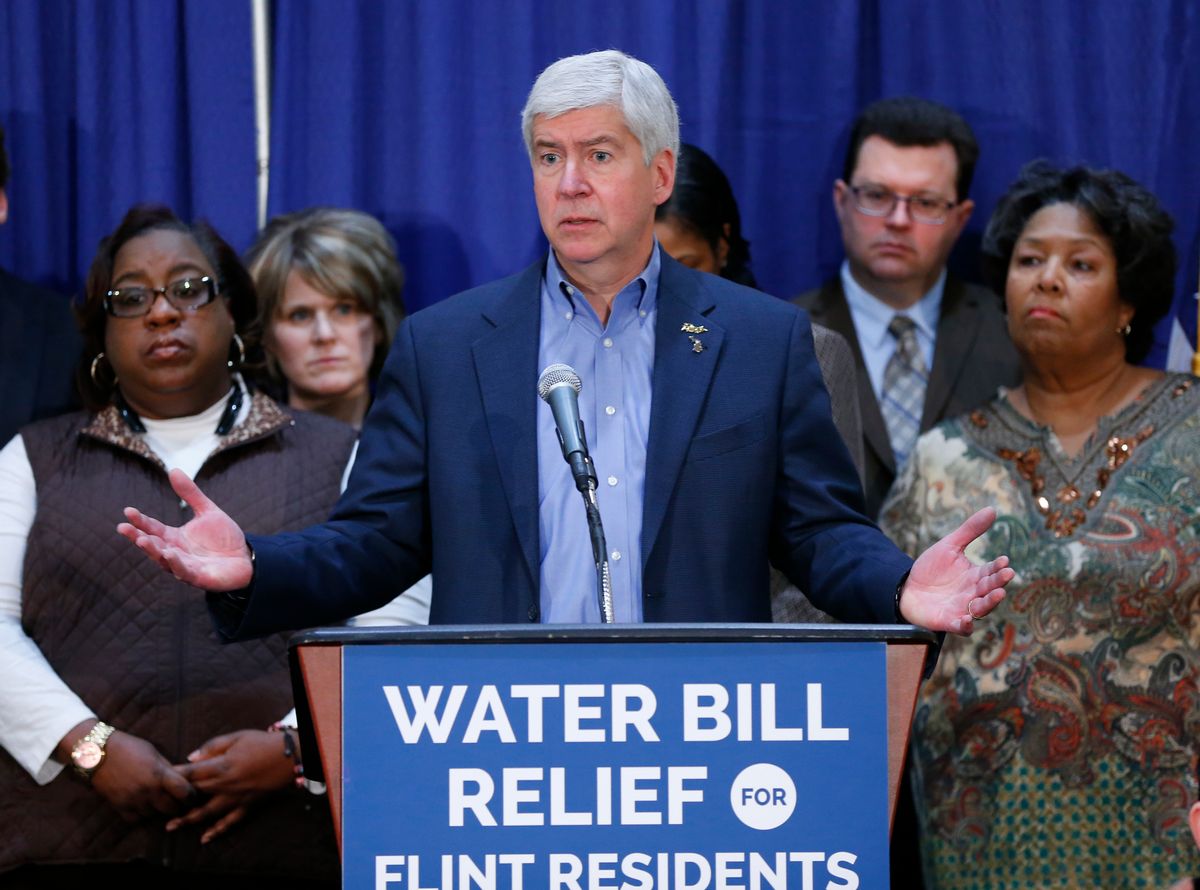 In this Feb. 26, 2016 photo, Gov. Rick Snyder speaks after attending a Flint Water Interagency Coordinating Committee meeting in Flint, Mich. The state of Michigan restricted Flint from switching water sources last April unless it got approval from Gov. Rick Snyder's administration under the terms of a $7 million loan needed to help transition the city from state management, according to a document released Wednesday, March 2, 2016. (AP Photo/Paul Sancya) (AP)
--

During Sunday's Democratic presidential debate in Flint, Michigan, both candidates called on Republican Governor Rick Snyder to resign after his disastrous handling of the lead poisoning of the city's water supply line.

Bernie Sanders used his opening statement to address the crisis and go after the governor, repeating his leading January call for Snyder to resign. "I'll start by saying Amen to that," rival Hillary Clinton echoed to begin her opening statement, adding that Snyder should be recalled if he fails to resign. So far, The Board of State Canvassers has approved two recall efforts against the governor and many residents are calling for his arrest over the lead contamination. Based on his defensive live-tweeting of CNN's Democratic debate, it is apparent the self-proclaimed "one tough nerd" heard the messages loud and clear.

First, the governor tweeted an innocuous fact sheet on the Flint water crisis, using the hashtag #FlintFWD to convey a message of hope and optimism:

But soon after the Democratic presidential candidates got pointed about Snyder's handling of the massive poisoning, the supposed technocrat got irritated:

Of course, that's just typical Republican deflection. More of the "government is the problem, not the solution" mantra, only this time Michigan officials made sure government became the problem in an apparent effort to reinforce the mantra. Hate to say it, but Snyder is still repeating the drivel in his defense!

And what about the party of personal responsibility, you ask?

Watch the Democratic candidates take on the Flint water crisis during CNN's Flint debate below: