Ted Cruz: A brokered convention would be illegitimate and wrong — unless Trump's the nominee 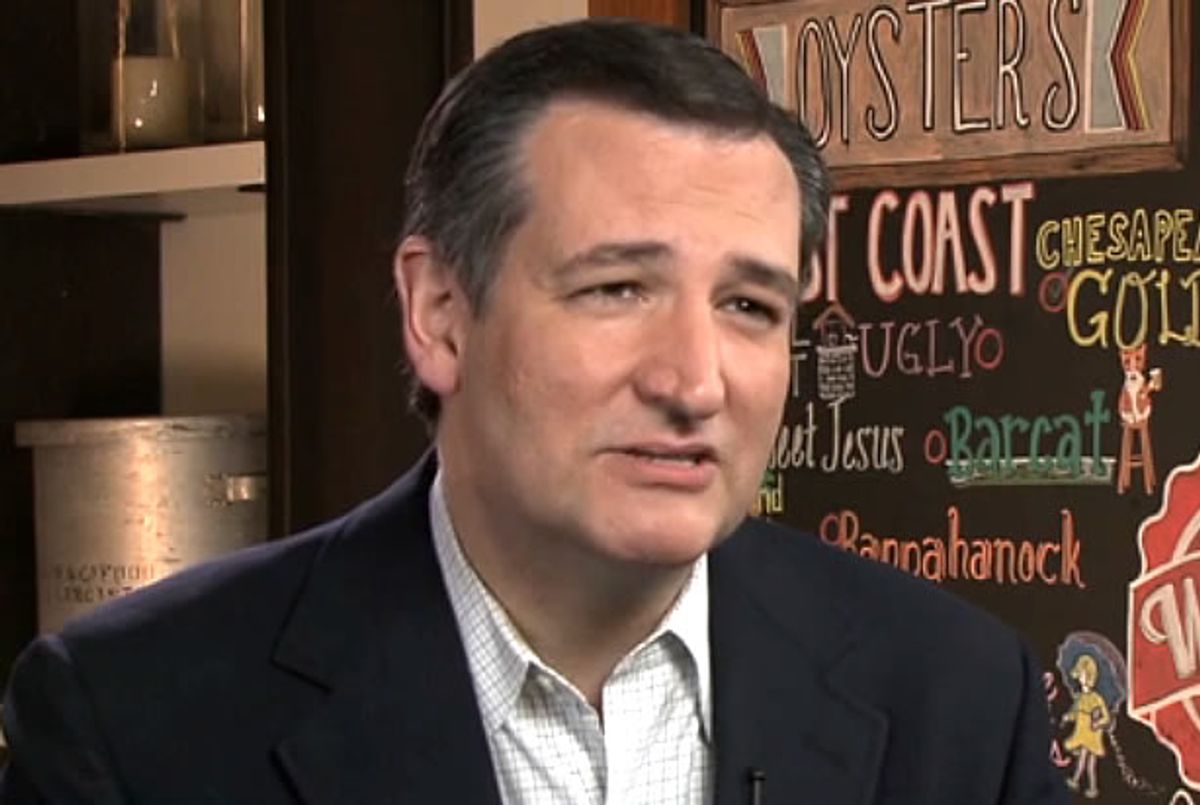 On CBS' Face the Nation Sunday morning, Republican presidential hopeful and Texas Senator Ted Cruz spoke about his lack of desire for a brokered convention, as well as his reluctance to comment on the size of various parts of front-runner Donald Trump's anatomy.

Cruz declared that he wanted to win the GOP nomination outright, as that would more accurately reflect the will of the people -- and that there will be a "manifest uprising" if a "bunch of deal-makers step up and try to steal the convention." For future reference, Cruz said in no uncertain terms that a brokered convention is "illegitimate" and "wrong" if "deal-makers and lobbyists try to parachute in and undermine the will of the people."

Which, of course, leaves open the possibility that non-deal-makers and non-lobbyists who parachute in and do the same could be both the legitimate and correct decision for the Republican party. Referencing Reagan's attempt to broker the 1976 convention, Cruz explicitly said that "it's different when it's a battle of the people."

On the other most pressing issue of the day -- the size of Donald Trump's penis -- Cruz was adamant that he neither had nor would he form an opinion on it.

"There is no doubt that there are aspects of this campaign that that have gone into the gutter," he said. "We saw moments with Donald Trump and Marco Rubio engaging in insults, engaging in off-color jokes, just getting nastier and nastier, throwing mud."

Watch the entire interview below via via CBS News.