The Republican Party burned itself: How years of racist demagoguing paved the way for this terrifying moment 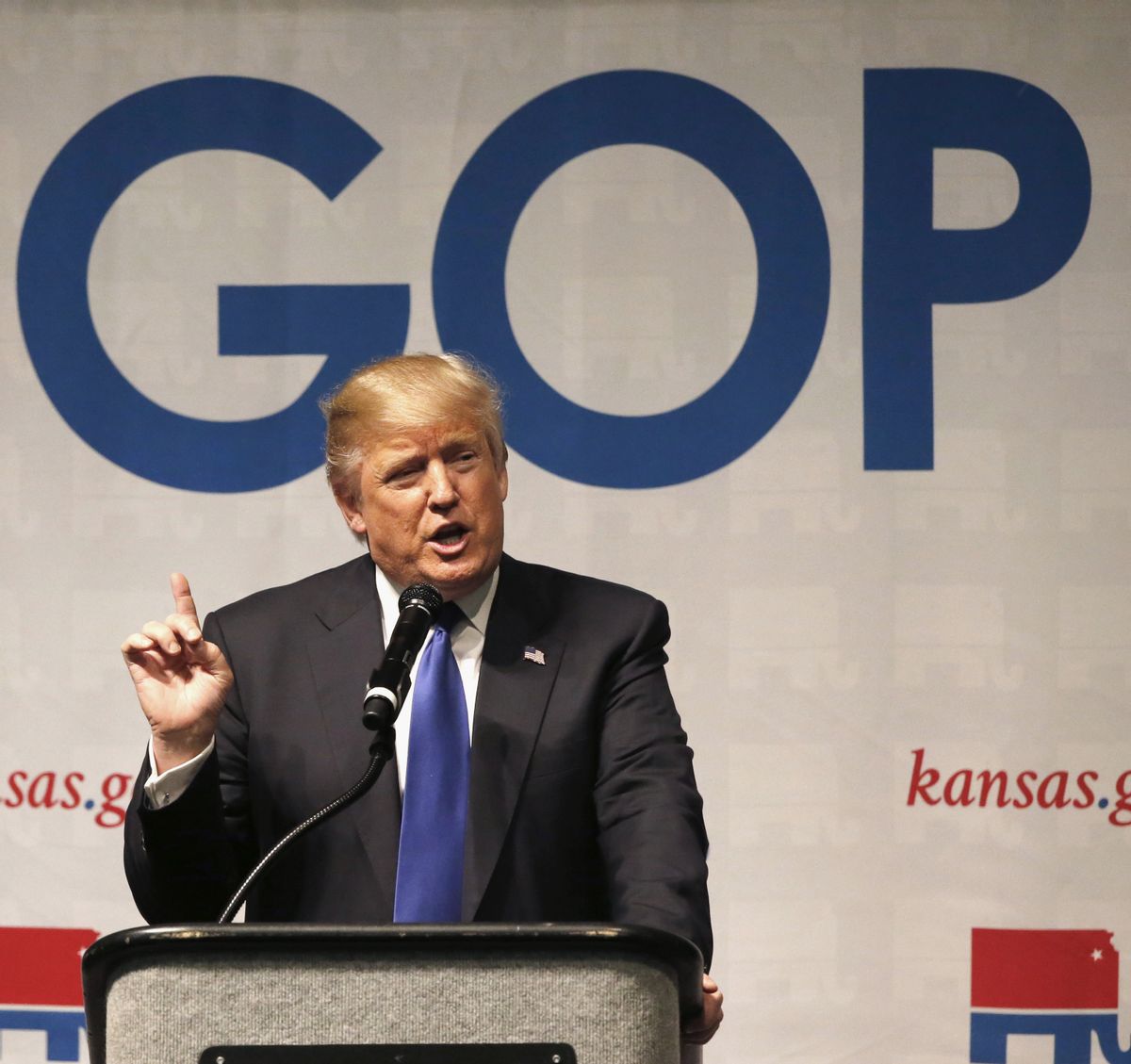 By most accounts, President Obama is not a radical leftist, as many on the right continue to proclaim day in and day out. In fact, when looking at the Obama administration’s policies over the past seven-plus years, it is pretty clear, to the dismay of actual leftists, that the president has governed as a political centrist. Obama has been relatively forgiving to Wall Street, has waged a virtual war on whistleblowers, and has overseen a brutal drone program that has killed hundreds of innocent children. Moreover, what right-wingers believe to be his most “socialistic” program, Obamacare, is in reality a centrist plan that was first introduced by the ultra-right wing Heritage Foundation in the early nineties, and it has actually benefited private industry -- hardly a socialist ideal.

Indeed, as former Ronald Reagan advisor Bruce Bartlett argued a few years back, there is a good case to be made that the president is actually a moderate conservative, or what used to be called a Rockefeller Republican. Socially liberal, economically center-right, and relatively hawkish on foreign policy; the president is only consistently progressive on social issues, and even he did not come out it support of gay marriage until 2012.

Obama’s political centrism, however, has not diminished the right’s resentment -- if anything, his governing as a moderate has made their attacks more personal and downright absurd. A cottage industry of Obama conspiracy theories has flourished since his election, and it’s not just extremists on the fringe that credulously eat it up, but a large part of the GOP base. According to a recent poll, for example, the classic “Obama is a Muslim” theory is believed by a majority of Republican voters (54 percent). The birther conspiracy theory -- which claims that Obama was not born in his birth state of Hawaii, but Kenya -- is perhaps the most mainstream, considering Donald Trump earned his right-wing street cred by promoting it. And according to a Texan women who may soon win a seat on the Texas state Board of Education, Obama was also a gay prostitute in his twenties.

These ad hominem attacks clearly have something to do with Obama’s skin color, name, and ancestry, but character assassination is not a new tactic for the American right. It became the method of choice during the Clinton years -- from David Brock’s smear of Anita Hill to the right’s obsession with Bill Clinton’s sex life. (One of the most outspoken critics of Clinton’s promiscuity, Newt Gingrich, was himself in the midst of an extra-marital affair during Clinton’s impeachment hearings.) As with Obama, Bill Clinton was a centrist -- which is being generous, considering he signed some of the most reactionary legislation in modern memory into law -- and because of this, the right found it necessary to go after his personal life and make up wild conspiracy theories.

Since this period, American conservatism has become a movement based more on the extremist spirit of Robert Welch than the ideals of William F. Buckley. The former, who founded the John Birch Society (along with Fred Koch, father of the Koch brothers), promoted outlandish and paranoid conspiracy theories in the sixties, even once implying that President Dwight Eisenhower was a communist infiltrator. His organization was an ally of Alabama governor and anti-segregationist George Wallace, and once claimed that the Civil Rights movement was Moscow-backed, with the intention of creating a “Soviet Negro Republic.” This bizarre extremism earned condemnation from Buckley and his publication, National Review, and the Birch Society was designated to the fringe of the conservative movement.

But no longer. This paranoid style is now a part of mainstream conservatism, and birther is the new Bircher. Donald Trump is the demagogue that crazies and racists have long waited for, and the GOP establishment, which is now in full-blown panic mode, created this monster. Back in January,  National Review released a special edition condemning Trump, and on Thursday, 2012 GOP candidate Mitt Romney made a speech decrying the billionaire as a “phony” who would sink the economy and endanger America.

But it is all too little, too late. For seven years, Republican leaders have enabled extremists within their own party and fanned the flames of partisan resentment; they have ignored bigotry aimed at President Obama and have exploited a growing populist anger. And now an outsider candidate, unconcerned with dog-whistle subtleties, is riding a populist wave. As Robert Kagan writes in the Washington Post,

“[Trump supporters] are angry about all the things Republicans have told them to be angry about these past 7½ years, and it has been Trump’s good fortune to be the guy to sweep them up and become their standard-bearer...Trump [is] feeding off forces in the party [that the establishment] had helped nurture and that they hoped to ride into power.”

Four years ago, when Mitt Romney was desperate for Trump’s endorsement, the real estate mogul was already well known as a leading popularizer of the birther conspiracy. But did Romney condemn this racist nonsense back then? Of course not. Trump was a surrogate who could help him capture the angry white voters who believed that Obama was a closet-Muslim. It is this kind of cynical opportunism that has helped Trumpism prosper. Again, the establishment never expected a demagogue like Trump to become its nominee; it only hoped that it could ride this wave of populist anger into the White House. Now that Trump is the frontrunner, the establishment is suddenly distraught and disgusted with his racism and xenophobia. And yet, at the 11th debate, all of Trump’s competitors, who have called him out as a con-man who would single-handily destroy the Republican party, said that they would support him as nominee. It is not Trump, but this spineless enabling that will destroy the GOP.