Black lives don't seem to matter to John Kasich: His disgraceful position on Flint crisis proves why the movement's so crucial

Ohio "moderate" governor weighed in on the lead-poisoning crisis in Michigan. It would've been better if he didn't 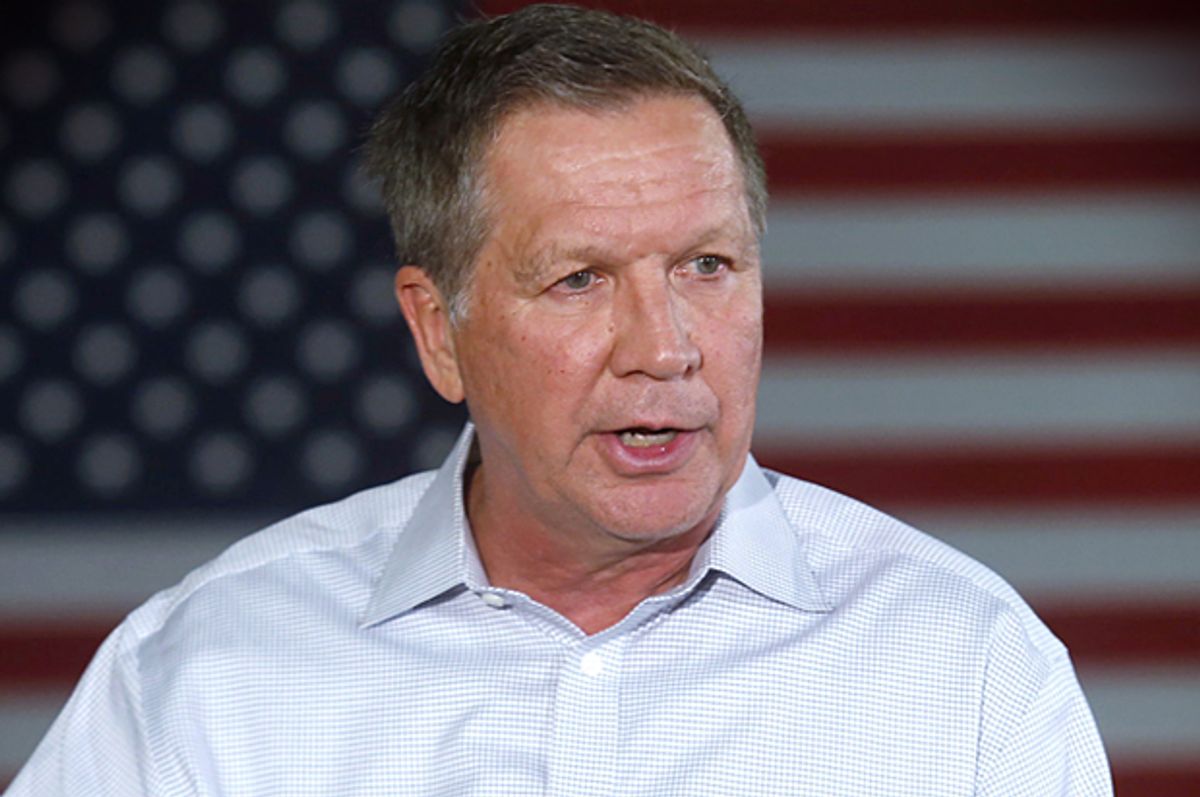 While much of the Republican Party spent Monday fantasizing about thwarting Donald Trump at the party’s convention, John Kasich — the “moderate” governor of Ohio whom Sen. Marco Rubio’s campaign has decided to blame for its own manifest failures — was amiably chatting with Yahoo’s Katie Couric instead.

And, wouldn’t you know it, the whole poisoning-children-in-Flint scandal, which Republicans have so far mostly ignored, actually came up. Not on the merits, of course, but rather as a potential source for some vapid partisan squabbling, the bread and butter of the campaign press.

Still, when Couric asked Kasich about Hillary Clinton’s recent call for Michigan’s Republican governor, Rick Snyder, to either resign or be recalled, the answer he gave was illuminating:

I think he has been held accountable. I think this is a guy who has had many sleepless nights,” Kasich said. “When Hillary starts talking ‘He should resign,’ what about the server in her house and the possibility she had classified information on that server?”

“That is demagoguery out of her,” he added. “I know her, and I don’t like that. I’m really agitated with the fact that here she is calling on someone else to resign, with her history and the history of her family? Give me a break.”

Kasich has gotten a lot of credit during this campaign cycle for being less of an ogre than most of his GOP competition. Some of it has been deserved. For the most part, though, evidence of Kasich having a big ol’ bleeding heart has been hard to find. Examples of the “fuck you, I got mine” ethos that first propelled him to Congress as part of the Gingrich Revolution, on the other hand, have been abundant. (“You’d get over it.”)

That’s not to say that Kasich hates black people. I suspect he doesn’t. At the same time, however, the “Black Lives Matter” slogan was never about that kind of raw, unvarnished racism. The folks who pine for the halcyon days of slavery and Jim Crow were never its intended target. “Black Lives Matter” is about complacency, not hate. It’s about calling out the shrugging indifference that so often characterizes the mainstream’s response to black people’s suffering and oppression.

Well, it sounds like Kasich implying that poisoning thousands of black children — in a way that could very well change their entire lives, for the worse — is comparable to having your own server. (Or having a philandering husband, assuming that’s what “the history of her family” quip meant.) It sounds like Kasich saying that allowing thousands of mostly black people to be poisoned isn’t such a mistake that Snyder deserves to lose his job.

The gist is that while it’d be preferable if bad things didn’t happen to black people, their suffering doesn’t necessitate the same degree of action that would be required if the victims were white. However much a white life is worth, the unconscious but determinative assumption is that a black life is worth less. At least, that seems to be the position of John Kasich, the GOP’s reigning moderate.