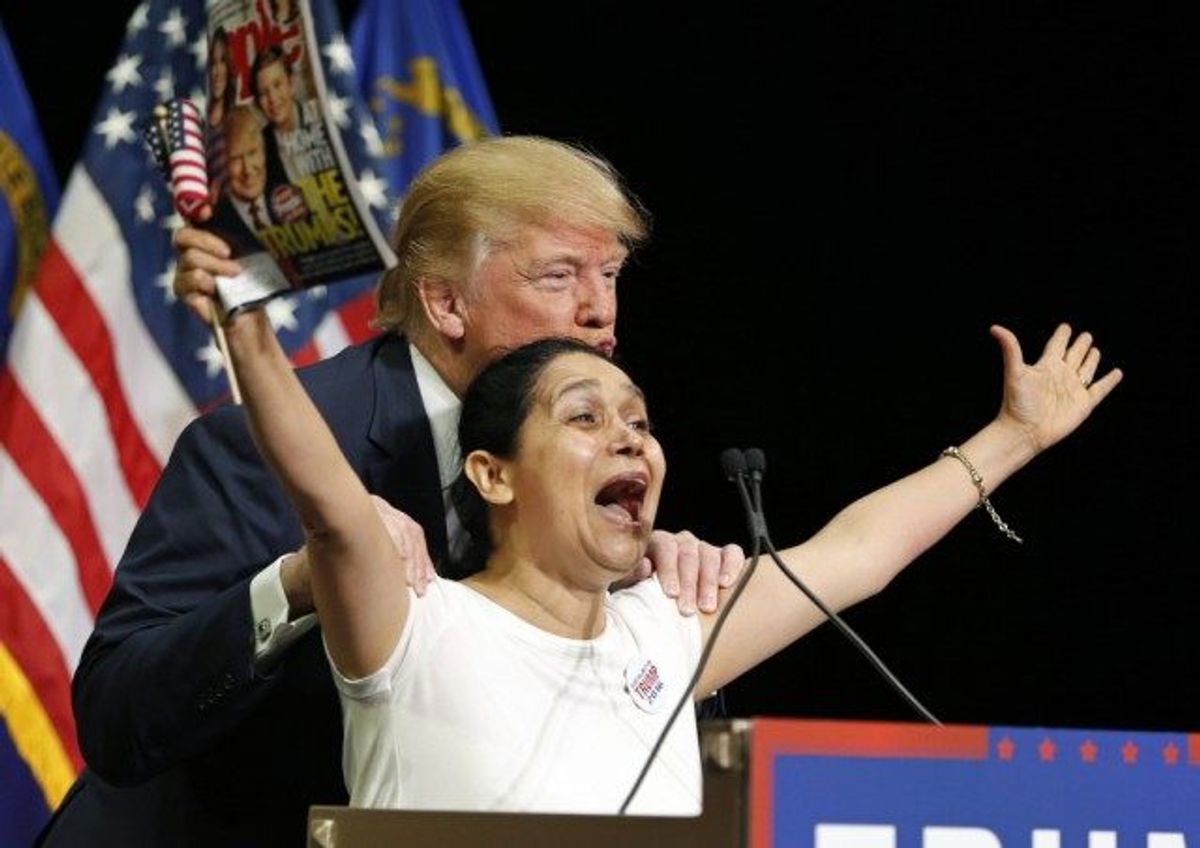 When  Donald Trump descended from his golden elevator to announce his candidacy last June, he staked out a fervently anti-immigration platform complete with wildly offensive generalizations of Mexicans as "rapists" and "drug dealers." Despite it being a most blatant play for the disaffected white vote by stoking fears of an impending brown takeover, the real-estate mogul has always insisted he could actually win the Hispanic vote. Instead, it appears that Trump is actually inspiring more Latinos to seek U.S. citizenship in order to vote against him, according to a new report from the New York Times:

Over all, naturalization applications increased by 11 percent in the 2015 fiscal year over the year before, and jumped 14 percent during the six months ending in January, according to federal figures. The pace is picking up by the week, advocates say, and they estimate applications could approach one million in 2016, about 200,000 more than the average in recent years.

“I want to vote so Donald Trump won’t win,” 32-year-old Hortensia Villegas, a Mexican immigrant who has lived in the U.S. for 10 years, told the Times. Villegas, her parents, her in-laws and her sister all recently rushed to file their applications for citizenship in order to register to vote in Colorado after observing Trump's campaign. Villegas' husband, Miguel Garfío, was born in the U.S. and despite being in the U.S. since the 1980s, his parents never sought their citizenship until Trump's rise.

“A lot of people are opening their eyes because of all the negative stuff Donald Trump has brought,” 30-year-old Garfío told the Times.

“Donald Trump never! Never!”40-year-old Minerva Guerrero Salazar, who immigrated from Mexico in 2002, said at a Denver naturalization workshop. “He has no conscience when he speaks of Latinos. And he is so rude. I don’t know what kind of education his mother gave him.”

22-year-old University of Colorado Denver student and Mexican immigrant Mary Victorio told the Times that she was at least grateful that Trump "gave us that extra push we needed to get ready to vote, to prove to people who see us negatively they are wrong.”

Last month, a Washington Post poll of the Hispanic voters found 80 percent had an unfavorable view of Trump. More than 7 in 10 Hispanics expressed a “very unfavorable” impression of him, more than double the percentage of any other major candidate.

The naturalization process is expensive and long. Immigrant groups advocate that citizenship applications be turned in before May 1 in order to meet fall voter registration deadlines. A record 27.3 million Latinos will be eligible to vote this November.