GOP committee tweets that Iraq vet, a double-amputee, "has a sad record of not standing up for our veterans" 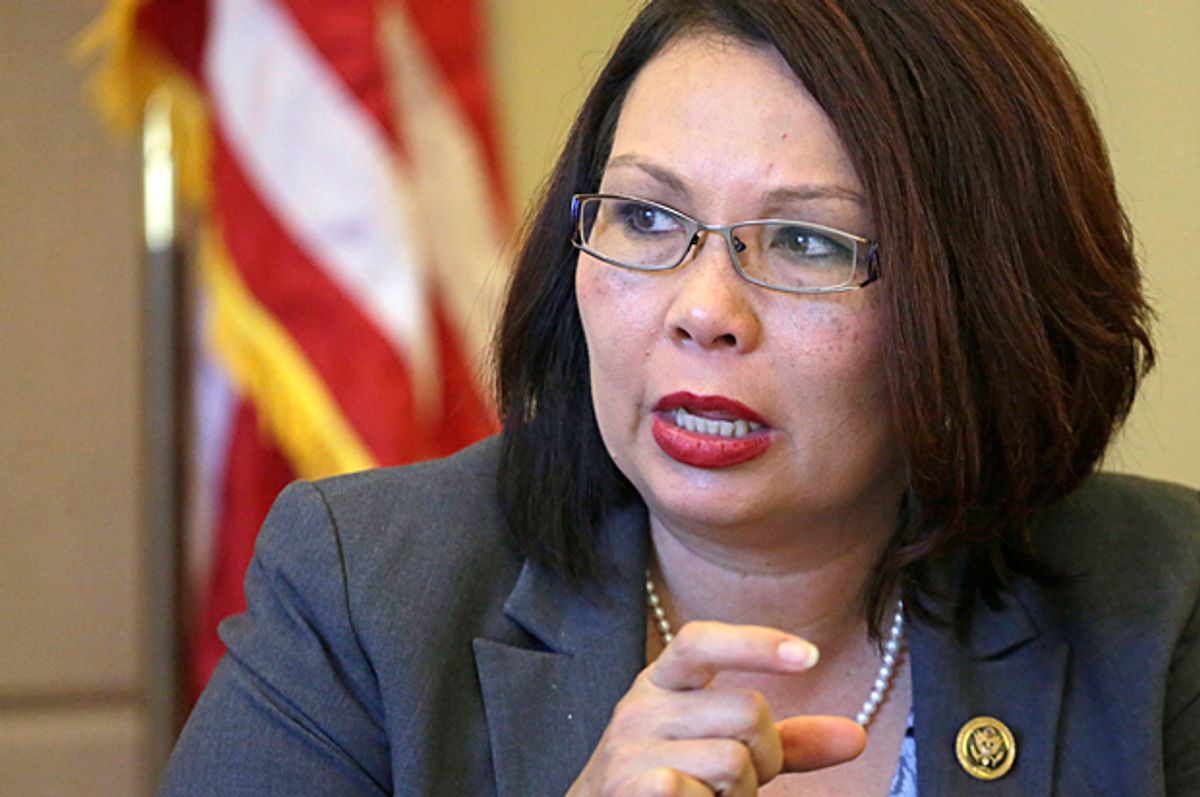 It's an innocuous jab — common among partisan Twitter — absent the knowledge that Rep. Duckworth (R-Ill.) is a double-amputee who lost both legs while serving in Iraq after her helicopter was hit by a rocket-propelled grenade.

"It would be great if reporters would pay as much attention to a deleted tweet as they should to Tammy Duckworth being sued by VA whistleblowers for ignoring claims of mistreatment and corruption."