"If women like me don't talk about it, who will?" she said 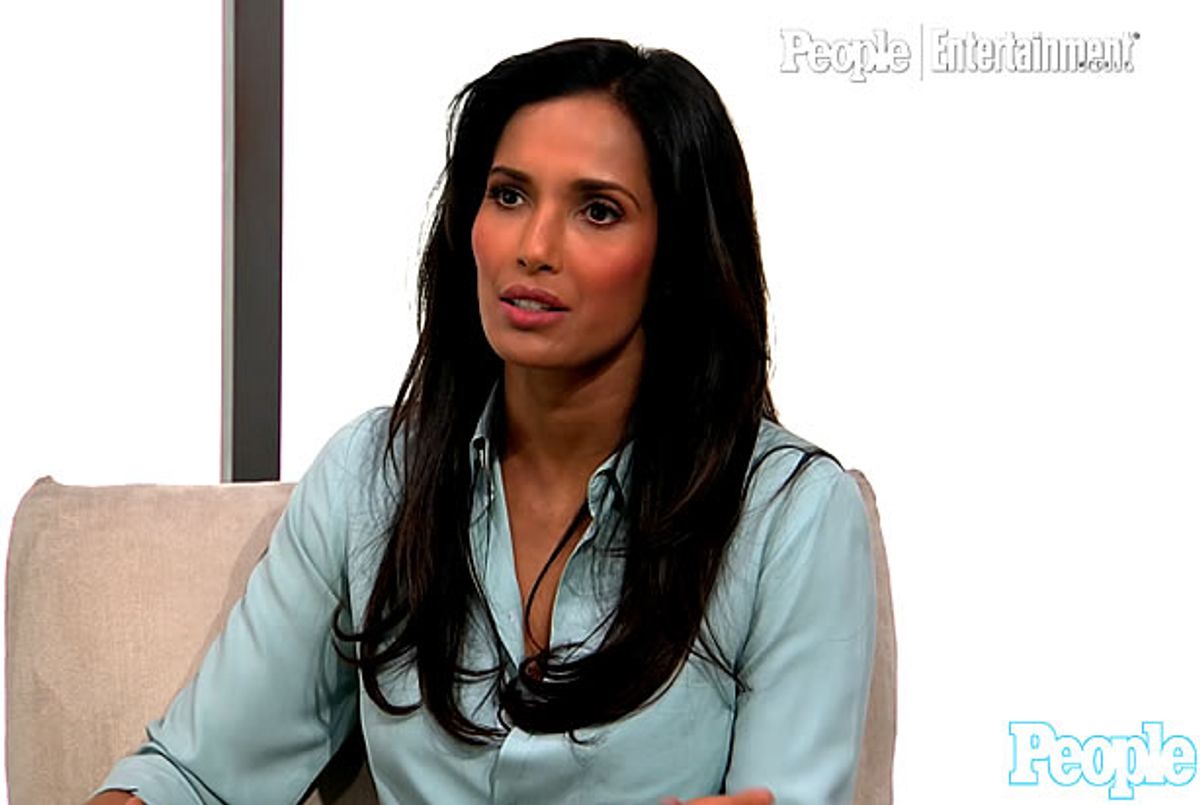 In her new book, Love, Loss and What We Ate, Padma Lakshmi discusses the childhood sexual abuse she suffered at the hands of a friend of her stepfather.

She wrote that in her parents' two bedroom apparent in Queens, she often shared a bed with this man, "a state of affairs that, to people like us, who were used to living far too many to an apartment in India, seemed relatively normal."

"One night," however, she wrote, "I woke up to his hand in my underpants. He took my hand and placed it inside his briefs. I don't know how many times it happened before, since I suspect I slept through some incidents."

She told People that "once you take a girl's innocence, you can never get it back. What I remember more is telling my mother what happened and her believing me and then she and I telling someone else that it happened and that person not believing me. And then the next week, I was sent to India."

Watch the entire interview below via People.